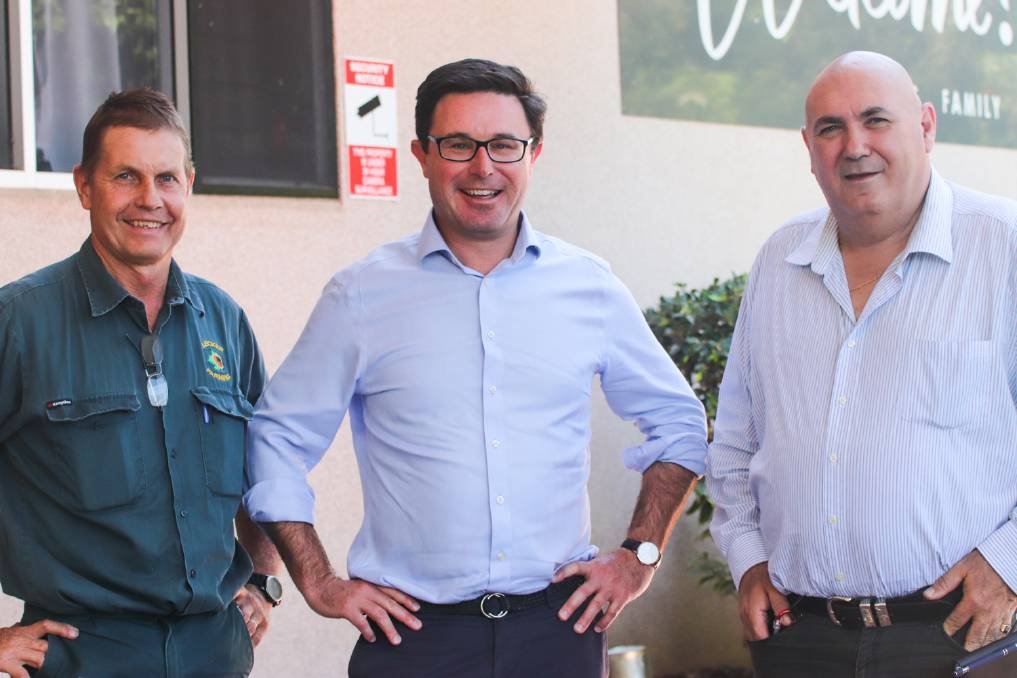 Hosted in Mareeba, the discussion provided horticulture industry leaders and growers with an opportunity to shine a light on current and emerging industry issues deemed critical to the long-term viability of the industry in the states far north.

FNQ Growers president Joe Moro said it was rare for growers to receive a hearing from federal ministers, and thanked Mr Littleproud for taking the time to listen to growers.

"We took the opportunity to thank Mr Littleproud for the government's commitment to the agriculture cisa, which became law last week and is now subject to bilateral agreements with several southeast Asian countries.

"This will help ease the current seasonal labour shortage we are experiencing but as Mr Littleproud indicated at the meeting it will be some time before Australia sees the return of seasonal labour from overseas in any significant numbers."

According to Mr Littleproud, there had been around 160,000 backpackers in Australia pre-COVID, with current estimates now indicating around 30,000.

Mr Littleproud said it would be another two to three years before Australia would see sizeable numbers of overseas seasonal workers return.

"That is why we are trying to open up the Pacific scheme to make sure those workers are available. The next thing is the Agriculture Visa - structurally that is the only way we can fill the gap over the next two to three years," he said.

Mr Moro said growers also used the meeting to raise concerns about the potential requirements under the agriculture visa for small and medium growers to be part of an employer supply program like Fair Farms.

"We would like to see flexibility with this requirement so that any program would take in to account the past record of individual growers and that broadly, growers aren't penalised by the minority that may not have done the right thing when it comes to fair employment practices," Mr Moro said.

Minister Littleproud said the stories from the members of the FNQ Growers were similar to the stories of those in horticulture across the country.

"The labour shortages because of COVID and border closures have hit them hard," he said.

"The Federal Government has tried to solve the problem in short term by making over 35,000 Pacific Islanders ready to come and work in Australia.

"We've also created the agriculture visa to solve the long-term problem, bringing in skilled, semiskilled and unskilled workers and giving them a pathway to residence."

Potential opportunities for growers to harvest water on the Walsh River system were also discussed in the meeting.