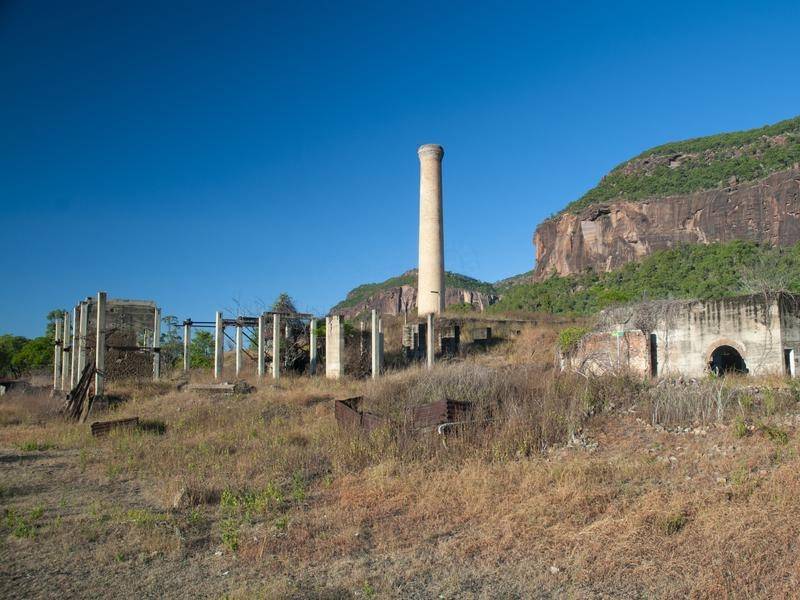 The Mount Mulligan coal mine disaster in 1921 claimed 75 lives.

In memory of those who died, a gathering took place at Mount Mulligan last Sunday to acknowledge the centenary.

A graveyard, a smoke stack and the rubble remains of a once busy town are all that's left to mark the location of one of Australia's most deadly mine disasters.

Last Sunday marked a century since 75 people were killed in a fireball explosion at Mount Mulligan coal mine, about 160km west of Cairns.

Among the native trees and grasses, a plaque names each of the victims, some of them father-and-son.

Alic Casloff and Edward Morgan were among the miners who kissed their wives goodbye on September 19, 1921, never to return.

A royal commission into the disaster detailed how the duo collected their carbide lamps and explosives from a storeroom at the mine entrance.

Inside it was hot, dark and dusty and the only ventilation two shafts fitted with exhaust fans.

Also read: Julia Creek top pub is up for sale

Wooden posts and beams lined the walls and held up the roof that made a hole in the mountain with just enough clearance to stand.

A short time after Mr Casloff and Mr Morgan arrived at the coal face, it's believed an explosive charge detonated.

"The cause of the ignition was the firing of an explosive, either accidentally or otherwise, on top of a large block of fallen machine cut coal, such explosive not having been placed in a shot hole," the commission's report reads.

A fireball raced through 6km of mine tunnels, collapsing walls, sucking oxygen and killing all 75 miners working at the time.

Philip Clarke, a doctor who arrived at the scene several hours later, was present when eight bodies were brought out.

"They presented with the appearance of having been badly scorched with the flame," he said.

"The pink colour of his lips showed he was suffering from carbon monoxide poisoning," Dr Clarke said of one of the men.

Eleven bodies were recovered in total.

The commission found "explosives were distributed, carried used and stored underground in a careless manner, without regard to the regulations".

In memory of those who died, a gathering took place at Mt Mulligan last Sunday to acknowledge the centenary.

The Mt Mulligan explosion is acknowledged as Australia's third most deadly mining disaster.

"The legislation included some of the measures which are now standard industry practice - such as the compulsory use of safety lamps, the banning of naked flames underground, rules for the volume of stone dust allowed and the appointment of mines inspectors.

"Queensland now has the toughest mine safety and health laws in the world - including an offence of industrial manslaughter."

Mt Mulligan township was abandoned in 1958.

The number of deaths in the 1921 explosion trailed NSW's 1902 Mount Kembla explosion which killed 96 people, and the 1887 Bulli mine gas explosion with 81 fatalities.