Back then doctors had come under attack for smoking in front of patients. 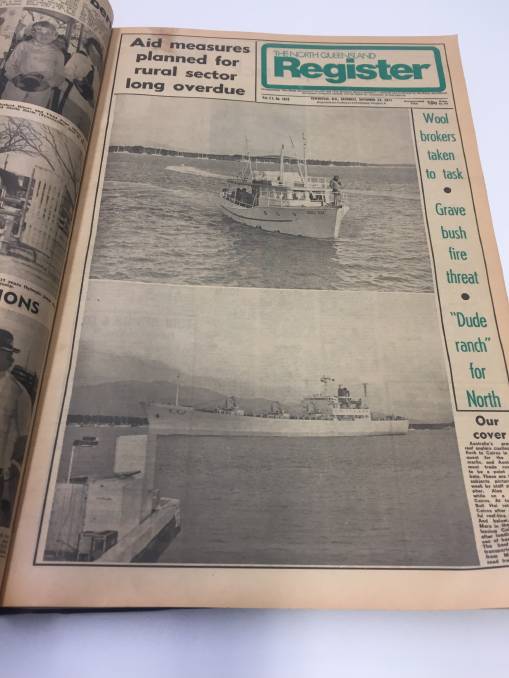 A copy of the front page back in September 1977.

The Mount Isa City Council's financial problems in relation to the Lake Julius Dam have been solved - at least temporarily.

Federal Member for Kennedy, Bob Katter, announced the Commonwealth Government had agreed to give the city council $325,000 for the dam project this financial year. Mr Katter said the grant would help the council meet in full its interest and redemption payments of $280,000.

The payment from the federal government was for the current year only.

But the government indicated that it would make a commitment to examine the future requirements of the city's water resource.

The Mayor of Mount Isa, Ald. Franz Born, was elated with the allocation.

"It is the best piece of news that we have had for a long long time,"he said.

One of the first teachers at St Annes School spoke to members of the Old Girls Association.

Mrs C E Smith spoke to about 50 past pupils during an afternoon tea at Eidleweiss Restaurant.

Among the group was Alice Heatley who was one of the school's first students.

Mrs Smith began teaching at the school in 1917 when there was 17 boarders enrolled compared to the 200 in that year.

Doctors have come under attack for smoking in front of patients.

The Medical Journal of Australia said not nearly enough doctors had given up smoking.

"Those who cannot give it up should at least stop smoking in the presence of patients," it said.

Australia's premier reef anglers continue to flock to Cairns in their quest for the black marlin and Australia's meat trade continues to be a point of debate.

These were the two subjects pictured this week by staff photographer, Alan Buckley, while on a visit to Cairns.

At top is the Bali Hai returning to Cairns after a successful reef-hire fishing trip. And below, the Toei Maru in the process of leaving Cairns harbour after loading 1000 tonnes of beef for Russia.

The beef parcel was transported to Cairns from Mareeba in 19 road freighters.

Also read: Remember when: What made headlines on August 13, 1977

Also read: Looking back on NQR headlines from August 27, 1977