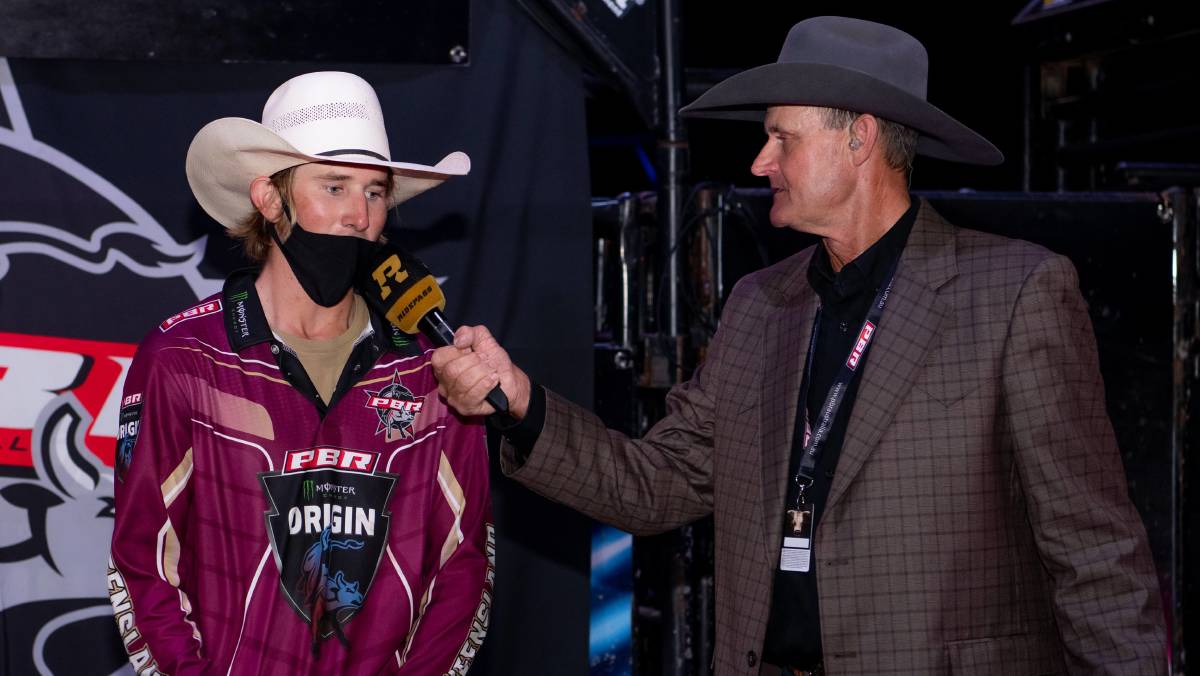 Queensland's reputation may be a little tarnished on the rugby league paddock this year but the state's bull-riding champions are keeping our sporting reputations high with a thrilling finish in the first round of the 2021 PBR Origin tournament.

Queensland's reputation may be a little tarnished on the rugby league paddock this year but the state's bull-riding champions are keeping our sporting reputations high with a thrilling finish in the first round of the 2021 PBR Origin tournament.

A raucous crowd inside the Brisbane Entertainment Centre was kept on the edge of their seats on the weekend as Team Queensland held off the hard-charging Blues by one ride and a mere 88 points in the opening instalment of the three-part series.

With the captains the first riders to leave the chutes, Queensland got off to a hot start when three-time PBR Australia champion Aaron Kleier rode Cliffhanger for 85 points. 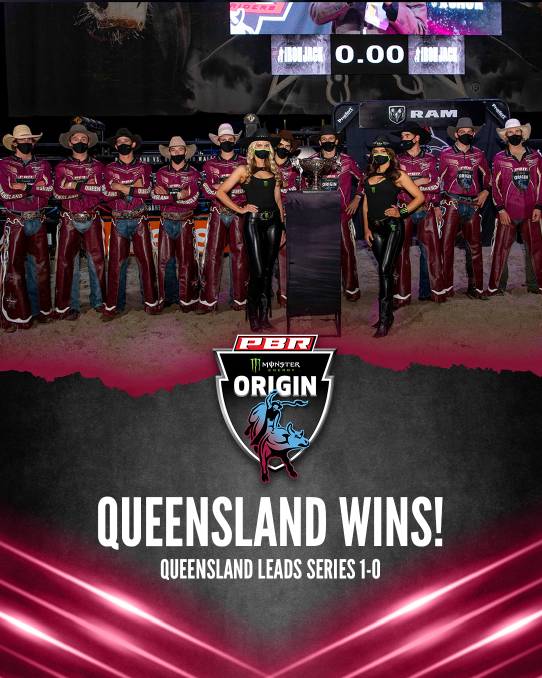 That was where the tables turned and Team New South Wales made its presence known as it sought to avenge 2019 defeat.

Trefor Sproule, 31, from Singleton, NSW scored an eight-second ride that kept the Blues within 90 points of the win, the first of three rides that Queensland failed to answer.

Rookie of the Year contender Macaulie Leather, Calliope returned Queensland to the top of the leaderboard, and the event came down to the final two riders - Queensland captain Kleier and New South Wales sensation Lachlan Slade.

In uncharacteristic fashion, Kleier bucked off Razor Sharp in a swift 1.49 seconds, leaving the door open for Slade. However, he proved no match for his fierce bovine athlete, Cattle King Boogers Beach, being sent to the ground in 3.38 seconds.

Queensland finished with a combined 8-for-24 to collect 680.5 points.

With crucial national points also on the line, Slade was the top performing individual rider, tallying 172 points to earn 72.5 national points, within 114 points of No. 1 Kleier.

Kleier finished second in the individual race, netting 53 national points, allowing him to further his stronghold on the No. 1 ranking, extending his lead from 19.5 to 60 points.

The three-part 2021 PBR Origin tournament continues on July 17 in Cairns.