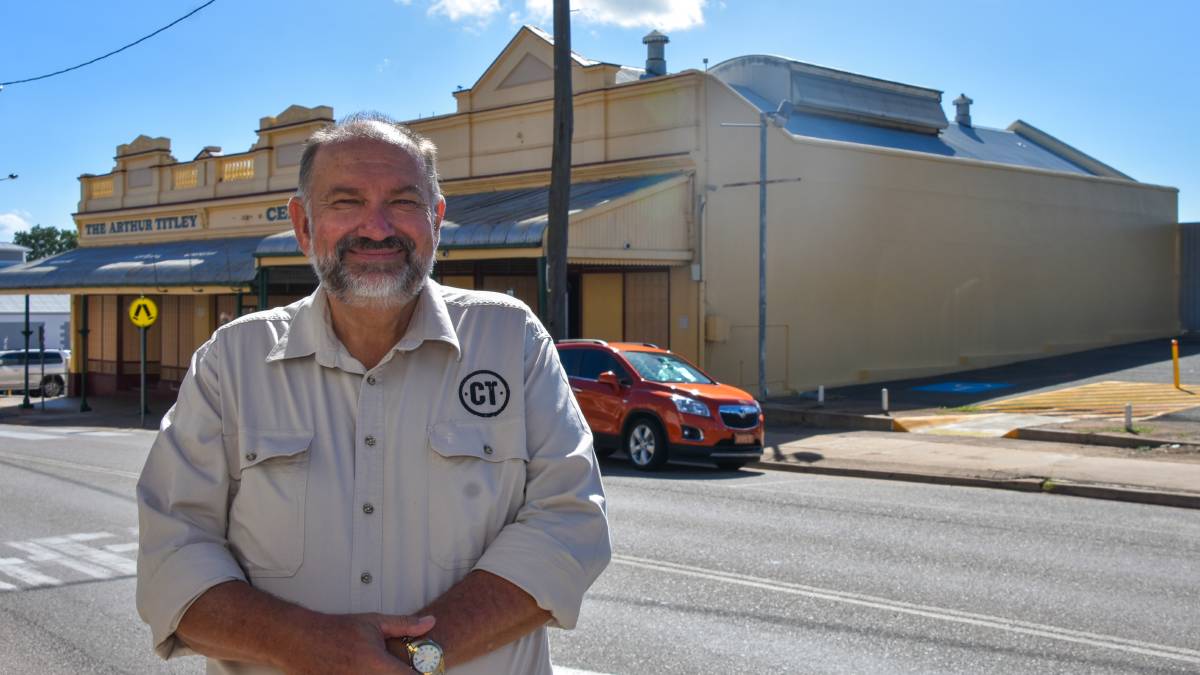 Charters Towers councillor Graham Lohmann, whose portfolio includes arts and culture, said the aim will be to complete the mural in time for unveiling during the 150 year celebrations next year.

For a city that was once known as The World, the blank carpark wall at Charters Towers' Arthur Titley Centre will provide plenty of scope for artistic imaginations in the lead-up to the region's 150th anniversary.

For a city that was once known as The World, the blank carpark wall at Charters Towers' Arthur Titley Centre will provide plenty of scope for artistic imaginations in the lead-up to the region's 150th anniversary.

The council decided to set aside $40,000 for the project and is aiming to have the mural ready for unveiling during the 150 year celebrations in 2022.

According the the council website, Charters Towers "was born to the sound of thunder and flashes of lightning", when horses belonging to prospectors Hugh Mosman, George Clarke and John Fraser, along with Aboriginal horseboy Jupiter scattered during a fierce thunderstorm.

During the search for them the following morning they discovered the first Towers gold, near the modern-day intersection of Mosman Street, Rainbow Road and Black Jack Road.

A rush of men seeking their fortune quickly followed and by the end of 1872 some 3000 people inhabited the new field.

The mural is the latest of several projects council is putting forward ahead of next year's 150 year celebrations.

Related: Marking 150 years of the Towers

"Next year is a significant year for Charters Towers and will mark 150 years since the declaration of the goldfields and the development of, what is now, Charters Towers," arts and culture portfolio head Cr Graham Lohmann said.

"The region has such a unique history and we are looking at events and projects that both celebrate where we have come from and where we are going."

The money for the mural will come from the Arts in the Outdoors strategic initiative and community recovery funds as part of the Regional Arts Development Fund.

The council is planning to put the project out to tender shortly and Cr Lohmann said concept drawings would be initially assessed by the council's RADF committee before being submitted to council for final approval.

"It would be great to see the arts and creative members of our community really get involved with the project by submitting their ideas for the mural as part of the tender," he said.

The recommendation to endorse the mural comes after the council extended the deadline for RADF round two applications to Friday, April 16.