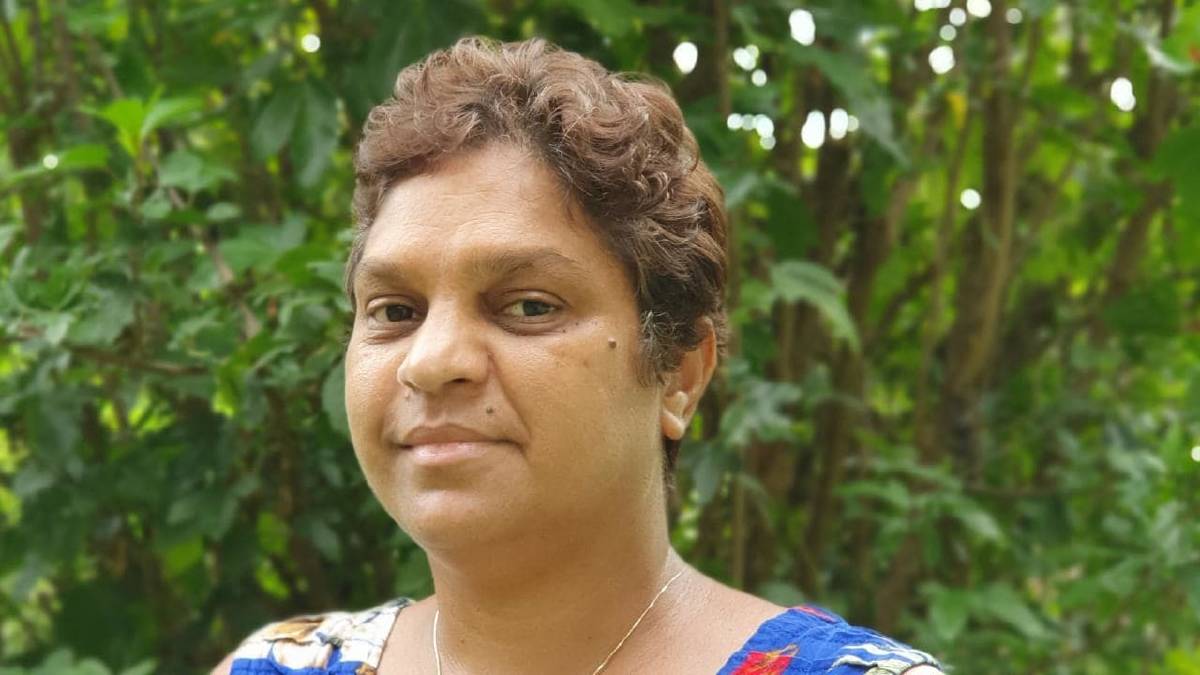 Aurukun mayor Keri Tamwoy has a number of roles in her community. Picture supplied.

A mediator making an enormous difference in her community and the mayor of the Aurukun Shire Council, Keri Tamwoy has been named the Person of the Year at the 2021 national NAIDOC awards.

A mediator making an enormous difference in her community and the mayor of the Aurukun Shire Council, Keri Tamwoy has been named the Person of the Year at the 2021 national NAIDOC awards.

Local Government Association of Queensland president Mark Jamieson said Cr Tamwoy was building on the legacy of her late mother, Alison Woolla, the first female to serve as mayor of the shire, between 1983-1985 and 1991-1994.

Ms Woolla supported members of her community when they were experiencing abuse by opening her doors and inviting them to stay with her, and her leadership is recognised each year through an LGAQ domestic and family violence prevention award named in her honour.

"My Mum was a mayor for the people and the community who always had the whole community's aspirations and needs at heart and this is what I want to take into my service for my people," Cr Tamwoy has said.

Cr Jamieson commended Cr Tamwoy on her tremendous work, saying she was a very deserving winner of the award.

"The dedication, commitment and support Mayor Tamwoy has provided - and continues to provide - to her community has made an immeasurable impact in Aurukun," he said. "As a result of her mediation work, she has improved community harmony and brought families, friends and neighbours together."

A member of the Putch clan, Cr Tamwoy has lived all her life in Aurukun and has raised six children with husband Gerald Tamwoy.

She was elected mayor at the March 2020 local government elections and says she is extremely committed to supporting the Wik people of Aurukun and empowering them to grow and improve their community into the future.

She is a Family Responsibilities commissioner and has been operating as a qualified mediator in Aurukun for five years, described as being hugely successful in bringing families together to resolve issues without resorting to violence.

"A few years ago, a young person died after a car had run over him. A lot of people were incarcerated and there was just unrest in community," Cr Tamwoy told NITV.

"One of my proudest achievements was being able to mediate that conflict because in that single mediation we had approximately 200 people.

"It's always said that if you're mediating large numbers, it will never work out but this one worked out and I was so proud and happy for my people to see them make amends and say to each other, 'let's move on'.

"I felt so honoured to be a part of that journey for them."

Cr Tamwoy was one of four Queenslanders recognised at the awards and says she will not stop until her local people have power over their own lives.

"Support each other, love each over. Be that supportive family network, that group. You could do great things like that," she said.

Unfortunately, we have had to turn off comments for legal reasons. To have your say, send in a letter to the editor.