Look back on what was making headlines on November 24, 1977. 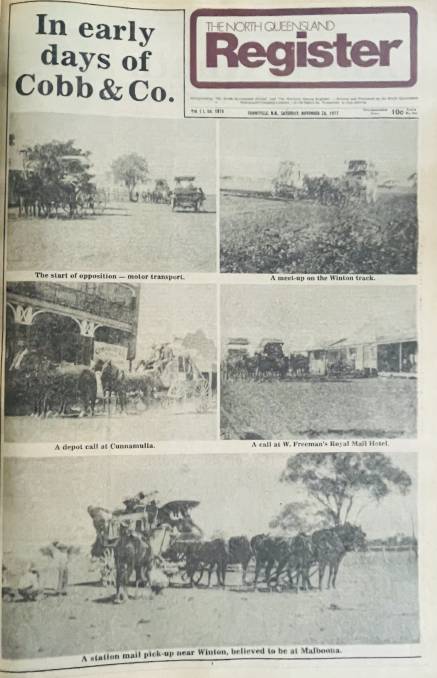 The front page at the time.

Financial aid for drought stricken primary producers in Queensland would be like a "breath of life" for those who had exhausted their capital and were operating on a day-to-day survival basis.

That was according to the United Graziers' Association president John Heussler.

Drought and fires, superimposed on depressed grain, cattle and sheep returns, had created an intolerable burden and there was no alternative but to go to the Premier Joh Bjelke-Petersen to seek disaster relief.

The week prior Mr Heussler led a delegation of the state's major primary industry organisation to the Premier for what was virtually a summit conference on the drought situation, he said.

It was understood that individual loans of up to $8000 were agreed to by the Premier and soon after the meeting he called the Prime Minister for urgent federal funding.

The aggregate farm income in 1977-78 was forecast to decline by nine per cent to $1.65 million according to the Department of Primary Industries.

If the rate of inflation was assumed to be around 10pc, then real income per farm was estimated to fall by 16pc.

Gross returns in agriculture were expected to increase marginally to a record level in 1977-78.

Farm costs were estimated to rise by 6pc while gross value of wheat was set to decrease to $1billion, 9pc lower.

Despite an 18 per cent increase in the area sown to wheat, production was forecast to fall by 7pc to 11 million tonnes, due to dry hot weather conditions prevailing in all states.

Export prices for beef were still depressed but prospects of some recovery in the US market combined with reduced supplies were expected to result in higher average saleyards prices.

This week's edition was filled with plenty of horse action.

Front page news was a flashback gallery of the days of the Cobb & Co including a call in at W. Freeman's Royal Mail Hotel.

Inside there was also prolific advertisement of Appaloosa horses including a colt fetching $5000.

The Toowoomba Appaloosa and Quarter Horse Sale was scheduled the following week.