UQ-led study has revealed that urban areas such as Townsville and Charters Towers are at heightened risk of flooding due to forest loss. 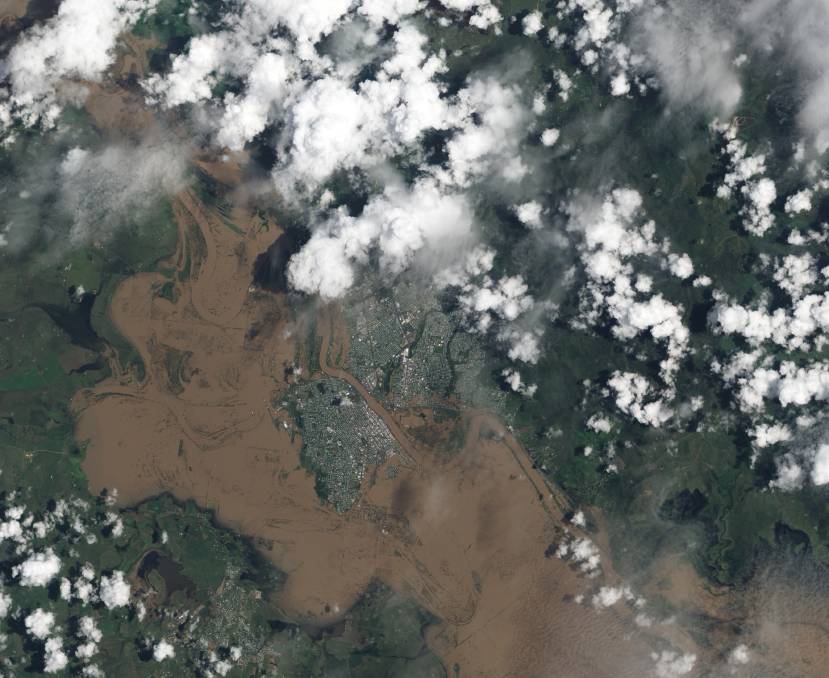 Heavy rains pushed the Fitzroy River to break its banks and submerge much of Rockhampton at the beginning of 2011. Credit: NASA.

A recent University of Queensland led study has found widespread deforestation in the Brigalow Belt Bioregion can be linked to the impacts on flooding in urban areas throughout north Queensland.

Dr Jaramar Villarreal Rosas conducted the study which observed land use changes over a 13 year period and assessed their impact on flood protection services across multiple beneficiaries throughout north Queensland.

According to the research paper, between 2002 and 2015, the Brigalow Belt Bioregion had recorded an additional net loss of 16 per cent forest cover, with large scale clearing linked to hydrological changes, including increased frequency and volume of runoff.

"Our assumption was that within a watershed there are differences in topography, then we modelled how the infrastructure at the low, flood-risk area of the watershed was linked to the upper part of the watershed, and the amount of vegetation that was found there," she said.

"With our model we could identify where those patches of forest that had been cleared then linked to an increase in water flow that then would increase flooding for urban residents."

Dr Rosas believed the capacity for natural ecosystems to mitigate flooding had decreased significantly due to deforestation.

"Forests help mitigate floods by reducing the amount of water flowing on the soil surface soon after a rain event," she said.

"Specifically, we found that, between 2002 and 2015, the decrease in flood protection to urban residents was double the amount we observed in any other sector, followed by rural communities and the food sector.

"This is a direct result of continued deforestation and land clearing of forests in the region, when forests are proven to reduce the intensity of flooding events."

Using counterfactual scenarios, scientists identified whether changes in flood protection were driven by forest loss or changes in the extent of infrastructure at risk of flooding

Distinguishing beneficiary sectors was also key to revealing the sectors and locations highly impacted by forest loss, but also in identifying the locations where forest cover increased.

"Different people are affected in different ways. Not a lot of studies really look at how different groups are affected and where they are located," Dr Rosas said.

Dr Rosas said through conservation of natural areas and forests, nearby urban regions could be shielded from significant flooding.

"Through the protection of these forests we'll be able to reduce the intensity of floods, which cause billions of dollars of in damage to homes and businesses," she said.

"This study can be used to develop management strategies to address these inequalities in the distribution of flood protection and other ecosystem services."