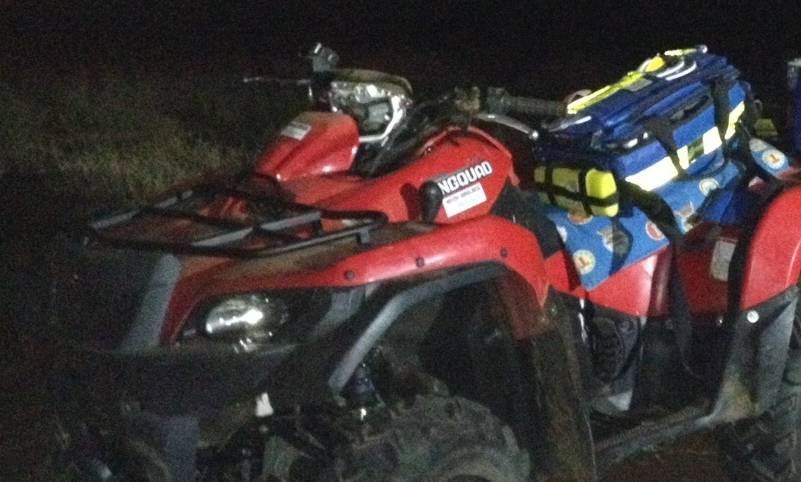 Police have charged two Mount Isa youths with a number of driving offences after they stole a quad bike and took it on a late-night ride around the city.

Police have charged two Mount Isa youths with a number of driving offences after they stole a quad bike and took it on a late-night ride around the city.

Police said that at about 1.50am on Monday, October 11, two boys entered the rear storage yard of a Simpson Street business by slipping through a gap in the fence.

Police said they located a quad bike with keys in the ignition and drove it through a padlocked gate and out onto Isa Street.

At about 2.35am, the boys allegedly attempted to ram the front gates of a Darling Crescent address, before driving off.

CitySafe cameras caught the quad bike allegedly driving erratically on many of the main roads in town conducting donuts, driving on the wrong side of the road and mounting footpaths, damaging a council water pipe in the process.

At about 3.40am, the quad bike was observed to turn sharply into a carpark on Marian Street, before flipping onto its side. The boys were observed running along Marian Street.

A 14-year-old Pioneer boy has been charged with two counts of wilful damage and one count each of unlawful use of a motor vehicle, dangerous operation of a vehicle, driving unlicensed - never held licence, trespass and possess utensils.

He was refused bail and is due to appear in the Mount Isa Childrens Court at a later date.

A 12-year-old Townview boy has been charged in relation to this offence and a further offence from the weekend.

Between 9pm on Sunday, October 10 and 1am on Monday, October 11, it is alleged he entered a Second Avenue address and located a motorbike on the front veranda and drove it around the streets of Mount Isa.

Between 1am and 2.30am on Wednesday, October 13, it is alleged this youth and a second boy were observed riding this same stolen motorbike along Marian Street.

He was given bail and is due to appear in the Mount Isa Childrens Court at a later date.