Large cattle and cropping property, Airlie, in north-east Victoria is on the market as the well-known Sinclair family gears up for succession. 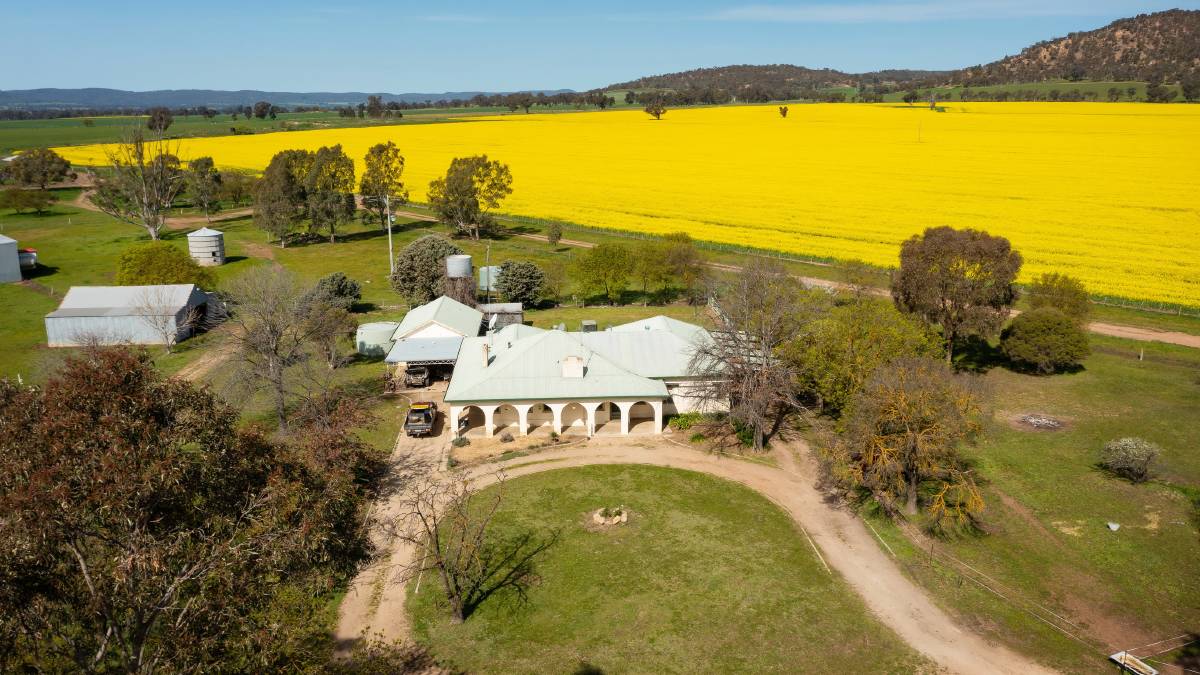 After three generations of ownership, Murray and Melinda Sinclair have put their 1936-hectare mixed farm near Benalla, Airlie at Thoona, on the market as part of a family succession plan.

"We have four children, and we are all keen to implement an expanded role in farming to continue our long term engagement in agriculture," Mr Sinclair said.

"This would indicate a significant sale price for the Airlie at Thoona property on an after crops harvested basis," Mr Colvin said.

Expressions of interest are invited for either the bare farmlands after harvest, or with the option of the established growing crops.

They include 429ha planted to canola, 600ha under wheat, 48ha to oats or barley and 40ha to pasture grown for hay or silage.

Mr Colvin said the crops were all well-established, likely to be high yielding and reflected the current excellent cropping season in the north east as well as the property's performance.

Airlie is currently running 450 breeding cows and their calves, 100 heifers and number of opportunity trading stock of either Hereford or Angus steers.

Mr Sinclair said that when the right opportunity presented, he bought significant lines of cattle to fatten or grow out on Airlie as it could be relied on to have significant grass feed available.

"We aim to grow our cattle out to 600 or 650kg as Airlie is in a reliable 600mm annual rainfall area with highly productive grey loam soils, and we are ideally located for cattle markets at Wangaratta or the NVLX saleyards at Barnawartha."

Held in 21 titles and farmed in over 30 main paddocks, Airlie has a long frontage of over 5 kilometres to two bitumen roads.

It's located two hours from Melbourne in north eastern Victoria, and is 30 minutes from Benalla, Wangaratta and Yarrawonga.

There are two substantial homes on Airlie. The principal brick four-bedroom family home built in about 1960 has been progressively refurbished and extended, now having 50 squares under the spreading roofline.

The homestead is set in an established garden with a synthetic grass tennis court and in-ground swimming pool and includes a large solar energy system.

It is supported by over 300,000 litres of rainwater storage and is adjoined by a substantial farm infrastructure compound that includes three large machinery sheds, a large hayshed with adjoining chemical store, and two workshop structures.

There is also an operational three stand shearing shed of over 400m2 with a large set of working yards, although the Sinclairs have not run sheep on Airlie since 2018, and on-farm grain storage estimated at 2300 tonnes.

This home is currently tenanted on a monthly basis and Mr Colvin said it could easily be repurposed as a farm managers residence.

''I expect Airlie to command the attention of financial organisations, or corporates, and superannuation funds wanting to expand their exposure to agriculture," he said.

'It will also appeal as a cattle breeding and finishing operation for major operators further north in the Riverina or western New South Wales.

''All the physical improvements of boundary and paddock fencing, internal roads, some sixty paddock dams and other infrastructure are in optimum condition so no immediate capital investment will be needed by the purchaser."

''The vendors' preference is to sell Airlie as an intact 1936ha or, as an alternative, will consider offers as three sections known as Airlie of 774ha, as the Avalon part of 405ha, or as the Lenid portion of 756ha.

Each lot has multiple titles, numerous farm dams, extensive infrastructure with extensive main bitumen road frontages. There is also a 900metre airstrip on the property.