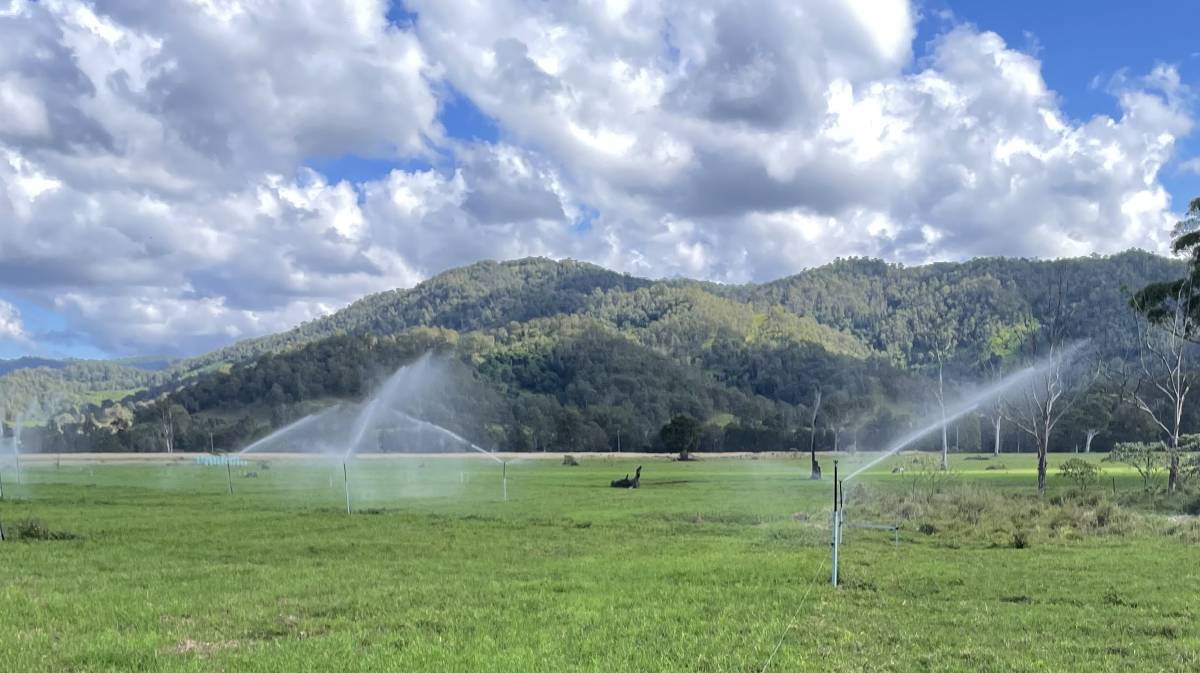 A new irrigation system recommended through the Energy Savers program has paid dividends for a Sunshine Coast dairy.

Replacing a 5 hectare area of their high-pressure hard hose irrigation with low-pressure solid set irrigation has not only improved energy efficiency but has also increased water, labour and production efficiency.

QDO project officer Jade Chan and I visited the site and conducted a performance test on the irrigation to evaluate the actual energy savings and outcomes achieved since implementing a recommendation from the energy audit.

The pump efficiency has increased from 48 per cent to 53.9pc. As the irrigation system requires lower pressure to operate, the energy use for volume of water pumped has also reduced from 571 to 472kWh/ML. Irrigating the 5ha with hard hose travellers used over 3000kWh/year. The solid set system is saving just over 500kWh/year to apply the same volume of water.

The catch can data shows the distribution uniformity has been significantly improved from 48.7pc to 80.97pc as well as the coefficient of uniformity from 73.6pc to 87.08pc. Improved uniformity will increase production levels.

To achieve the same plant water requirements and pasture produced by the hard hose irrigators, the new system will only use approximately half the water due to the significant increase in watering efficiency and uniformity of application.

The business invested about $45,000 into the irrigation project. We have calculated, from the savings above, a payback period of 7.8 years and a return on investment of 13pc.