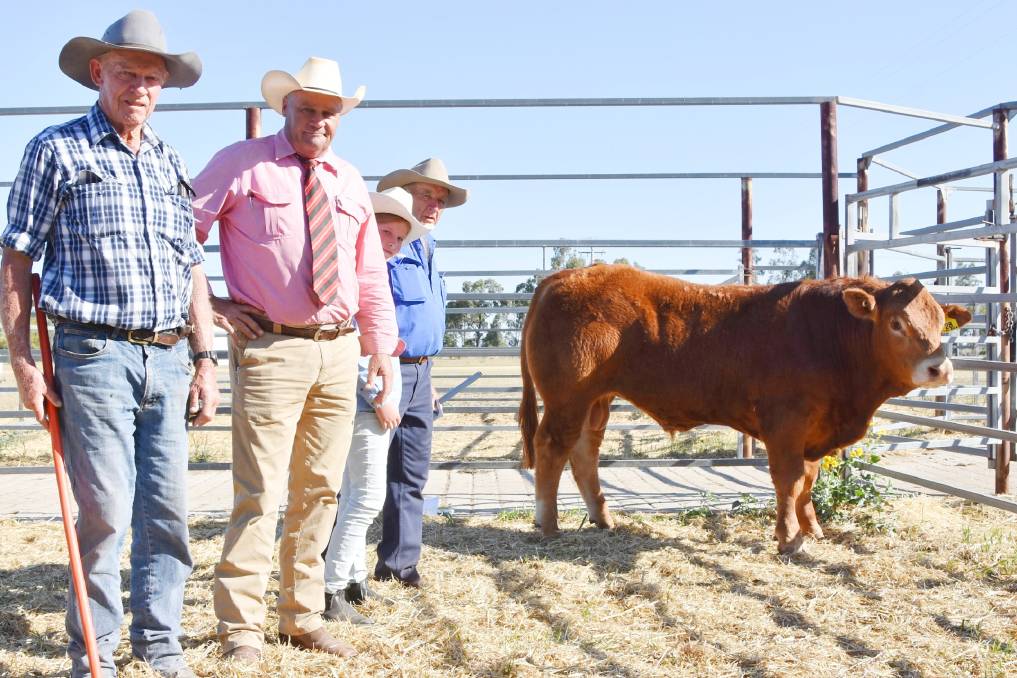 A strong line up of Limousin bulls were offered at this year's Talana Limousins bull sale in Emerald last Thursday.

A strong line up of Limousin bulls were offered at this year's Talana Limousins bull sale, which reached a top of $15,000, at the Ag-Grow selling complex in Emerald on Thursday.

The 28-month-old bull weighed 600kg and had a scrotal circumference of 33 centimetres, with a motility score of 77 per cent.

Unfortunately due to covid restrictions, the bulls were unable to be scanned to measure eye muscle area, P8 and rib fat depths or intramuscular fat percentages.

The hetero polled sire-prospect is a son of Longreach Leon and Talana N29 and recorded a scotal measurement of 38cm and motility score of 82pc.

Mr Hack said the temperament of the bulls was ideal and that they would do well in his commercial operation.

"I came to the sale looking for good quality and temperament Limousin bulls that would do the job well at our operation near Alpha," Mr Hack said

"We purchased two bulls on the day and the top bull that we purchased will become a general herd bull.

"He's too young at the moment to go straight into herd and we probably won't be putting him out till later next year so we can let him grow out a bit."

A son of Doublebar Kenworth and Bony Villa Kiera (P), the sire prospect was the heaviest Limousin bull on the day, weighing 982kg.

The 30-month-old bull recorded a scrotal circumference of 40cm and had a motility score of 65pc.

He weighed 900kg and recorded a scrotal measurement of 39cm and motility score of 63pc.

Read the full report in this week's Queensland Country Life.