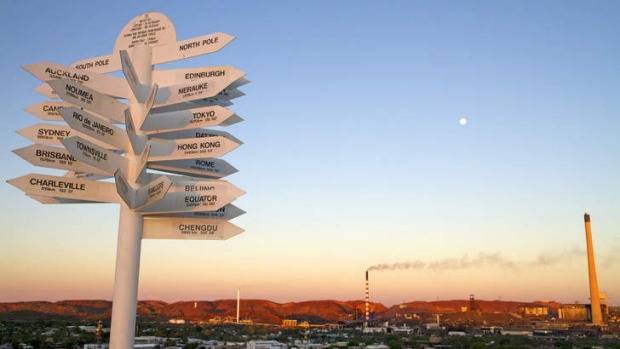 The Australian Mining Cities Alliance has launch a "More Than Mining" campaign which proposes reform to address critical housing affordability barriers in mining cities and towns across Australia.

The Australian Mining Cities Alliance has launch a "More Than Mining" campaign which proposes reform to address critical housing affordability barriers in mining cities and towns across Australia.

Mount Isa City Council is a member of AMCA along with Broken Hill, Kalgoorlie and Moranbah, and it contributed $20,000 to the campaign.

AMCA says that while the federal government is conducting its own Inquiry into housing affordability, the More Than Mining initiative offers a practical and meaningful solution to level the playing field for ordinary people in these communities.

It wants the government to remove inequities particularly in its application of Fringe Benefits Tax in areas heavily impacted by resources economic swings and the power of mining companies to influence housing demand.

"We need to make these cities and towns affordable to everybody. The idea is to ask the Federal Government to expand on the Fringe Benefits Tax from 50% per cent to 100 per cent," Cr Slade said.

"So if you are buying a home or renting a home, you can pay your rent or your mortgage on pre-tax dollars. It really makes it more affordable and there are huge savings to be had, whether you are buying or renting."

Deputy Mayor Phil Barwick said the Australian Mining Cities Alliance, which is spearheading the campaign, aims to make mining communities places where people will want to come to and where they can live affordably.

"We have too often seen horror stories in the housing markets in our mining cities and regions, which cannot be eliminated by normal market conventions. We believe this is the time for the Government to use its regulatory and taxation tools to do something about it." Cr Bowler said.

"If the Australian Government is genuinely looking for solutions to the dreadful problem of housing affordability in our communities, then we have the answer - simply make the taxation for ordinary people the same as for mining companies."

The More Than Mining campaign calls for community and business support. The website at www.morethanmining.com.au has a calculator to show how mining community householders can benefit. It also has a link to a petition and AMCA is asking mining city residents, businesses and workers to support that petition.

Information about the Inquiry is at https://www.aph.gov.au/Parliamentary_Business/Committees/House/Tax_and_Revenue/Housingaffordability