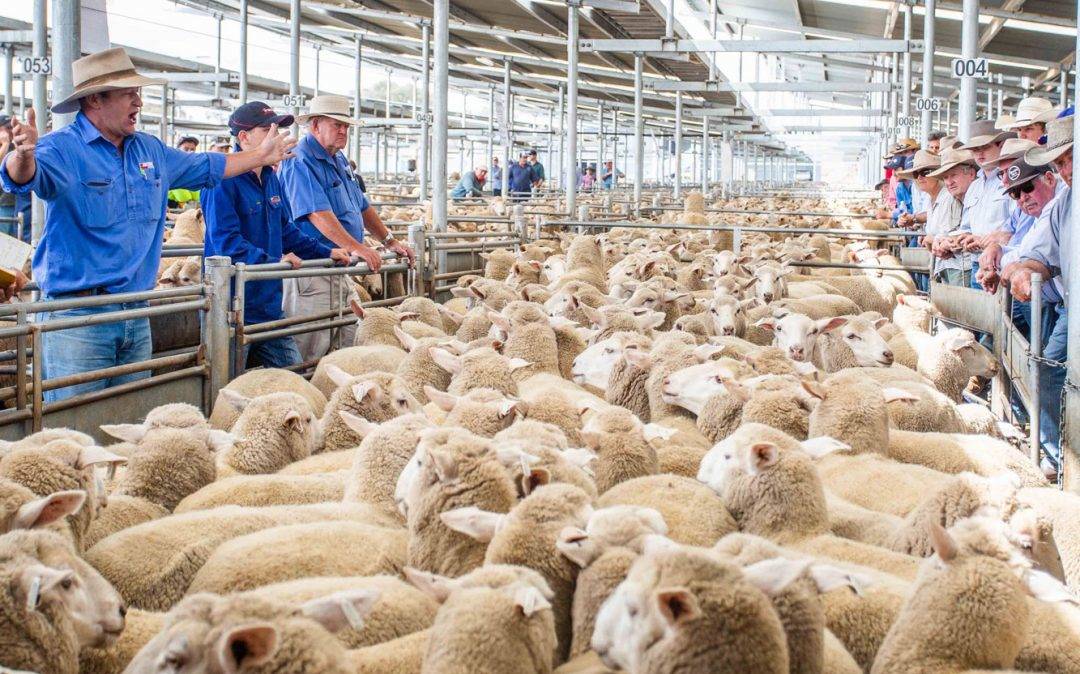 In general, the lamb market remains buoyant into the last two weeks of winter.

Australia's lamb market is powering ahead as prices move towards record levels with no sign of the anticipated downward run into spring.

And it is restocker lamb that is leading the way, with new young lambs dominating the yardings and commanding some hot prices.

The decision by Fletcher International Exports to shut down its Dubbo processing plant due to Covid-19 concerns had little impact on lamb prices across NSW despite the lack of a key buyer, with most lamb categories managing increases of 50 to 80 cents per kilogram.

However, Western Australia missed out on the rally.

The WA Trade Lamb Indicator lost 6c on the week to 723/kg cwt and restocker lamb fell by 38c to finish at 630c/kg.

Results were mixed in South Australia, but overall indicators remained somewhat steady. Trade lambs lessoned by 6c to finish at 752c/kg, while heavy lambs rallied 10c to land at 772c/kg.

But it is NSW and Victoria that appear to be the driving force.

Trade and heavy lambs in Victoria picked up over 100c each, and in NSW improved by around 60c.

The new season Poll Dorset lambs were bred by Gordon and Wayne Rodham, Uranquinty, and were sold through agents RH Blake.

They were estimated 31kg carcase weight, and purchased by Victorian processor MC Herd.

He said processors are commanding purchases at the saleyards, accounting for 90pc of total young lamb offering at Forbes on Wednesday.

"NSW has been doing the heavy lifting in terms of supply volumes since June, accounting for 80pc of the 109,000 new season lambs yarded in the eastern states," Mr Bignell said.

"NSW supply has risen by 98pc since the first week of June when 464 head were yarded, reaching 28,000 lambs last week.

"The price of NSW's young lambs has not been affected by supply upticks, showing the resilience and strength of the current market to cope with larger offerings across the saleyards."

For the week ending Friday August 15, young lambs in NSW averaged $230/head, the highest weekly average price ever recorded in current monetary terms for the state.

The price has appreciated 41pc, or $95/head, since the first week of June.