Record nominations have been received for two rodeos at Richmond this weekend. 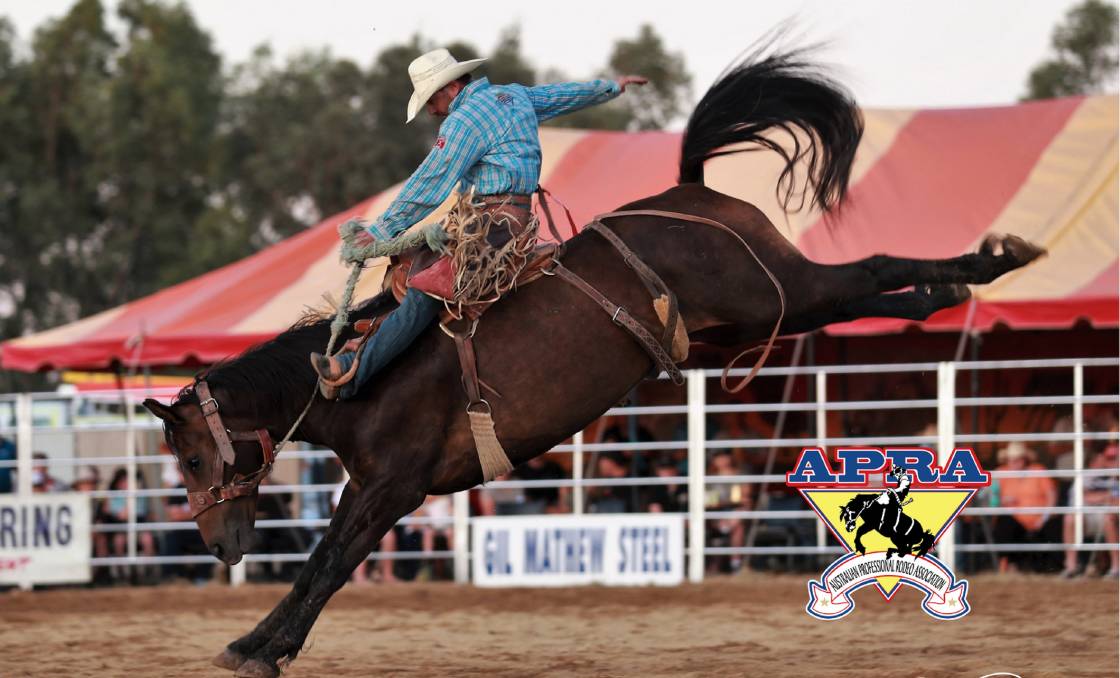 RECORD nominations have been received for two rodeos at Richmond this weekend.

The rodeos are part of the Northern Run in the Australian Professional Rodeo Association.

"The Friday night rodeo is to raise awareness of mental health," she said. "After many years of drought, we had the 2019 floods and some producers lost thousands of cattle in the flood."

A full events rodeo will start at 8am Saturday as a forerunner to the main performance at 5pm. There are strong nominations in all rough stock events as well as 89 team ropers.

Last weekend, Victorian rider Anna McPhee won the breakaway roping at the Charters Towers Rodeo and will be one of the favourites in a field of 61 at Richmond.

Two of the experienced cowgirls to watch at Richmond will be Emerald rider Leanne Caban and NSW cowgirl Jo Caldwell. One of the rising young cowgirls in the sport is McKenzie Barrett from Townsville.

Former Richmond cowboy Brumby Brandenburg will be one of the favourites in the bull ride.

Brad Pierce and his family from Tooma, NSW, have stayed for the week at Richmond after he was unplaced in saddle bronc at Bowen and Charters Towers last weekend. A former rookie world champion, Pierce is happy with the horses he has drawn this weekend.

He will ride the Gill Brothers horse Horton Cowboy on Friday night and then Moves Like Jagger on Saturday.

"I like the horses that are harder to ride. I would rather be bucked off a good horse than ride a horse which didn't buck well around the arena," he said.

Some of his toughest opposition will come from Greg Hamilton, Mitchell, and Wandoan's Cameron Webster. Hamilton, Webster and Richmond Rodeo Committee president Deon Lane were the instructors for a bronc riding school earlier this year at Richmond.

One of the major events at the Richmond Rodeo on Saturday is the Damon McCoy Memorial Second Division Saddle Bronc Ride.

"Damon was a young cowboy who was very passionate about the saddle bronc ride and this is the fourth time the memorial ride has been held," Lillyman said.

Thirty competitors from south Queensland and interstate have stayed in the north this week to compete and many more will drive and fly north for this weekend.

There will be plenty of seating on a grassed hill at Richmond. Patrons planning to attend the Richmond rodeos are asked to book tickets at www.eventbrite.com.au or through the website at the gate.