Roma was where Queensland's livestock transporters first got together 40 years ago to form an organisation to lobby for their point of view to be heard, and it's where they gathered on the weekend to celebrate their achievements since then.

Roma was where Queensland's livestock transporters first got together 40 years ago to form an organisation to lobby for their point of view to be heard, and it's where they gathered on the weekend to celebrate their achievements since then.

As Warwick's Ross Fraser told the Livestock and Rural Transporters Association of Queensland black tie dinner on Saturday night, their early meetings in Brisbane all required a jacket and tie,

It was a standard that many wore well as they walked in to the Bull Carter's Ball at Roma's Explorers' Convention Centre.

After a conference filled with the issues confronting the state's rural transport businesses and their drivers, it was time to honour the hard work and achievements of those who set the foundations for what was described as the best represented transport group around. 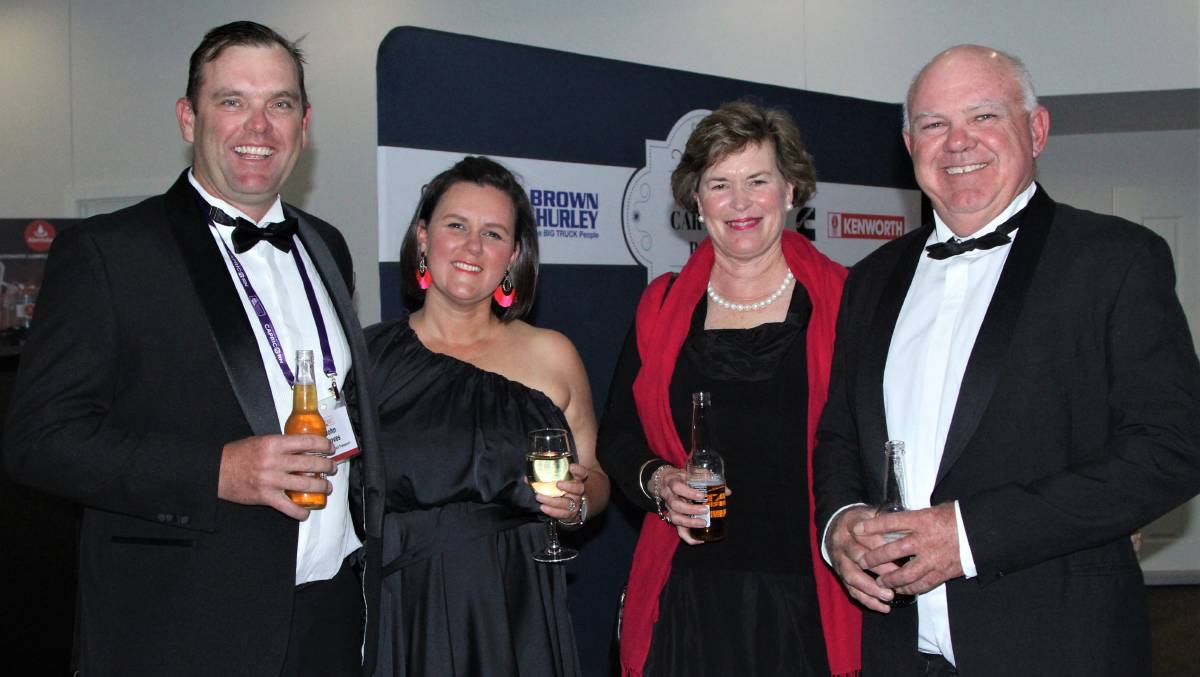 Life member Ross Fraser OAM was one of three present who'd been at the inaugural meeting in 1981, recalling in his speech details such as Blackall's Bob Baker, of Blackall Freighters, coming up with the 'Working together, we're better' slogan.

"I received a call from Bruce McIvor in 1981, to come to a meeting in Roma," he said. "It was borne out of weight issues for two-deck trailers - there was a lot of discussion that day."

Dr Jim Baker was the group's inaugural secretary and Mr Fraser said his address on Brisbane's Wickham Terrace opened many doors for them.

As Mr Fraser recalled some of their plane flights, to Longreach and Canberra for important meetings, and the unexpected outcomes, it became apparent that truck drivers are more comfortable in a prime mover than the cockpit of a Cessna.

"Many hours were put in by many people," he said. "The lobbying we did was done on the basis of being fair dinkum - industry has to be led by industry."

The results that advocates have been able to notch up were highlighted by returned LRTAQ president Gerard Johnson, who said they had always been a voice for the 'little fellow'.

He believed the industry's biggest challenge was attracting young drivers, noting that the average age of men and women at the wheel is 55.

That was the perfect introduction to the finalists in the Young Person in Transport Award, which was developed to recognise the contribution younger people are making to the sustainability of the industry.

From that talented field it was Damian Swalling who received the award, paying tribute to nominators John Burton and Ken Dillon "who have worn out a few steering wheels", for thinking of him.

"To the other finalists, be proud to be here in one of the toughest industries," he said. "A lot try but few stay."

Applying an electric prodder to bureaucracy, he said there had to be ways to allow kids back into workshops and cattle yards, if a familiarity and love of those environments was to breed future members.