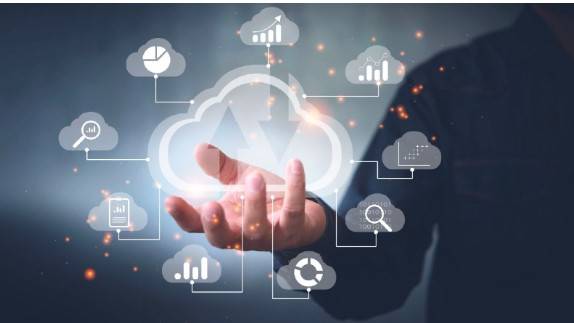 In this article by Jacaranda Finance, we find our why innovative lenders are steering away from traditional risk scoring, and looking to alternative data instead.

Before approving a personal loan application, lenders want to be able to predict the risk of a borrower defaulting on their repayments.

Typically, a credit score is used to determine the risk of debt going bad. However, innovative lenders like Jacaranda Finance are steering away from traditional risk scoring, and looking to alternative data instead.

Jacaranda isn't the first, and certainly not the last, lender to shift away from a traditional risk management model to an alternative risk model.

What is alternative data and why is it useful?

Alternative data is collected from non-traditional data sources to give a current and comprehensive overview of a particular situation. When used alongside traditionally sourced information, alternative data can allow for more accurate decisions and yield additional insights.

For example, credit reports don't give a complete picture of a person's real-time spending habits. To address this limitation, alternative data, like bank statement data, can be used to drive more insightful decision-making.

Credfin is a service that Jacaranda works with to analyse and categorise bank statement data. They are able to extract, clean, and group data in a way that can be easily interpreted by the end user, such as the loan underwriter.

During the trial of the new risk engine, over 75,000 unique data points were selected and generated. To estimate the predictive power of these particular features, Information Value was used as a comparison tool.

Why use bank statement scoring as an alternative data source?

Since Jacaranda Finance rolled it out, the bank statement scoring system has become an integral cog in the loan processing machine. It allows for trending behaviour observation, a faster assessment process, access to specific data, and enhanced risk mitigation.

When assessing the credit risk of a borrower, bank statement information is found to be more comprehensive and up-to-date than other data sources. It allows you to hone in on specific data sets. For example, an underwriter can access a client's history of managing Small Amount Credit Contract (SACC) loans when assessing their application for a SACC.

The information gleaned from alternative data can also be used to populate trending graphs that predict future financial behaviour. However, a limitation to note is that if a client has multiple bank accounts, but only provides details of one account, we might not get a full picture of their current financial situation.

While building a platform using artificial intelligence (AI) and machine learning with multiple data points takes significant time and a high level of difficulty, the speed at which it scores an application takes an average of two and a half minutes. This enables an extremely fast and efficient risk assessment process for underwriters.

How is alternative data being used around the world?

Fintech lenders aren't the first to implement alternative data into their decision or policy making. According to AlternativeData.org, an industry site run by YipitData, total spending on alternative data by buy-side firms increased from $232 million in 2016 to $1.08 billion in 2019.

Owned by Verizon Media, Yahoo Finance launched a service in 2019 that provides robust alternative data to retail investors. This service allows them to gain a deeper insight into their returns, as well as research and charts to enable them to make better informed investments.

For example, stock research firms alerted clients that they spotted Occidental Petroleum Corporation's Gulfstream V at the airport. This led to speculation that they were meeting up with Warren Buffet's Berkshire Hathaway Inc. Shortly after, $10 billion was invested in the company by Buffet.

Zip uses bank statement scoring technology, similar to Jacaranda's, as part of their expansion into Europe and the Middle East. "Nikita", Zip's in-house credit and fraud scoring engine, analyses more than 500 factors within milliseconds. This information is highly transferable to new growth markets where there is limited traditional credit data available.

So, is using alternative data the future of lending?

While alternative data is increasingly being used across different industries in Europe and the USA, Australia is yet to catch up.

However, Jacaranda Finance foresees that alternative data will become the 'new norm' in the Australian lending industry. Especially given the rise of open banking which has allowed for more accessible and richer data.

Daniel Wessels, CEO and Founder of Jacaranda Finance, predicts that fintechs in the Australian lending market will continue to pioneer the use of alternative data, especially bank statement scoring.

"Mark my words. Over the next few years, you'll continue to see more and more fintechs popping up that are doing what we're doing. They'll be quick, they'll be simple, and they'll be extremely cost effective," said Wessels.

Read an extended version of this article here.

Rachel Horan is a Content Writer for Jacaranda Finance.

The story Is using alternative data the future of lending? first appeared on The Canberra Times.