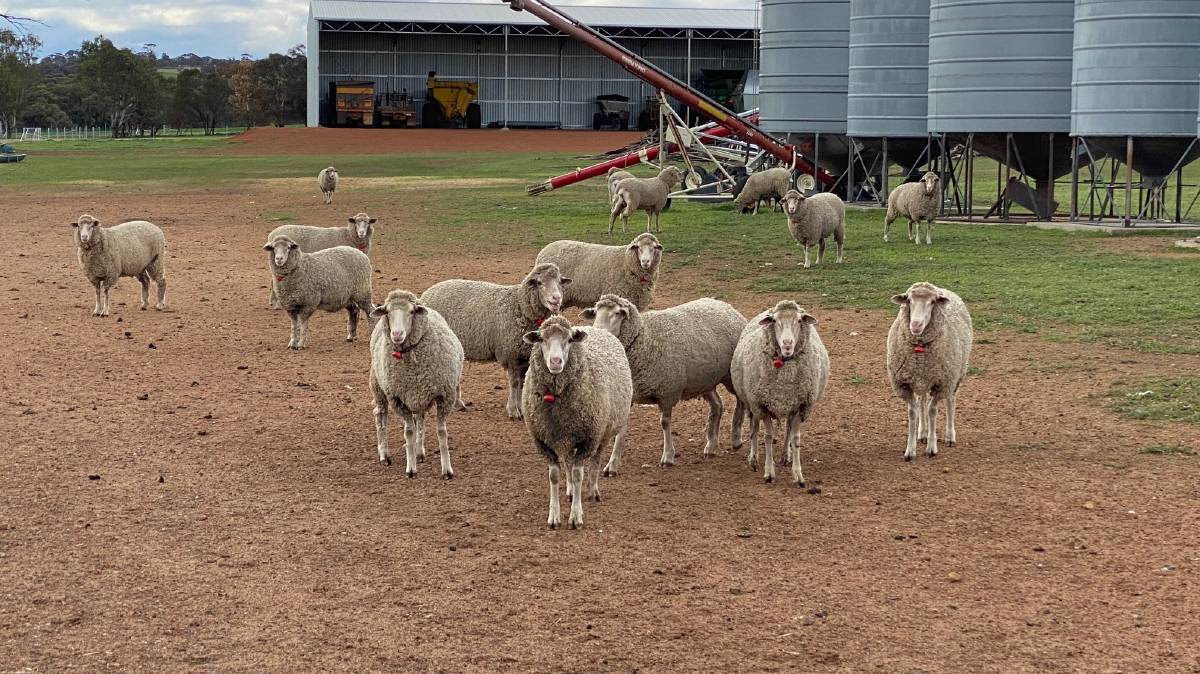 Some ewes with the SmartShepherd proximity collars on waiting for their lambs to be tagged and have their own collars fitted.

Clayton and Polly South say breeding the best possible flock on their property at Wagin, WA, means making the most of available technology.

Clayton and Polly South say breeding the best possible flock on their property at Wagin, WA, means making the most of available technology.

"Once you start measuring traits within a mob or age group, it's amazing the range in productivity or performance of those ewes within that mob," he said.

"Quite often they're run in the same paddock conditions, with the same health treatments and same feed for most of the year. The EID tags give us the ability to measure things on an individual basis, which then enables us to manage them accordingly, rather than as a whole mob."

Since 2014 the Souths have been using electronic identification tags with their Dohne ewes at their 5000 hectare mixed cropping and sheep property, Tahara.

A particular focus has been on the repeatability of twinning ewes.

"We started breeding our own rams because we were collecting a fair bit of data and we were chasing a few specific traits. That and the fact that it was getting expensive to source enough rams to join our ewe lambs to at the same time as the main flock," Mr South said.

"We wanted to get one or two really good rams and breed our own from them, measure all those ram lambs and then use the top ones of those for the main flock and then use a greater percentage of rams over our ewe lambs."

Mr South said the data they had collected over the years enabled them to rank their ewes from the best performing down to the least productive, allowing smarter culling decisions.

"We might cull the bottom performing third of the oldest three age groups, rather than simply the oldest age group" he said.

"When we started all our scanned drys used to go straight away and now we're getting to a stage when the last two to three years, anything that has been a single twice in a row is now sold.

"Having a lot of twins and then once we've got them on board, we've also worked pretty hard on improving the management to keep them alive. This has meant our lambing percentage has also kept improving, we're now getting up to 125 to 130 per cent, from the adult ewes and then we're getting anywhere from 700 to 900 lambs out of our ewe lambs as well."

Mr South said ewes born as a twin or out of a twin mob do not seem more likely to conceive twins themselves.

"What we've noticed is if we can get them conceiving twins as a traditional maiden... they're a lot more likely to keep conceiving twins if we manage them correctly and get them back up into condition," he said.

"The twinning ewes that conceive as a traditional two-year-old, they sort of form the basis of the flock going forward and the singles are normally put into a crossbred flock and if they have twins the next year, they stay in that crossbred flock otherwise they're sold.

"It gives us the ability to sell a line or two of higher value younger ewes which people are chasing to restock all across the country." 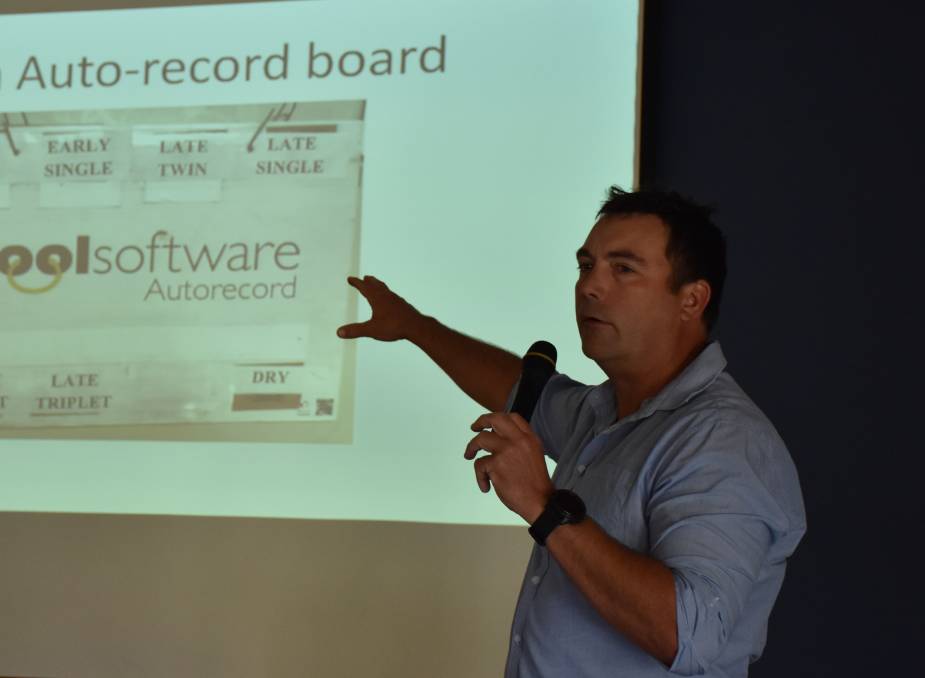 Clayton South has spoken at events about the role technology plays in their business.

The Souths trialed using proximity collars in 2017 as part of the Sheep Industry Business Innovation project led by WA's Department of Primary Industries and Regional Development, in the hopes of identifying the number of lambs each ewe reared to weaning, but at the time the costs outweighed the benefits.

Now they are using SmartShepherd collars again to mother up ewes and lambs in a nucleus flock.

"For those 500 ewes we do know which one, or two, or three lambs they've raised," he said.

"We've been doing some single sire mating so obviously we've recorded with the tags which ram that ewe went to so as a default we've got full pedigree on all those lambs in the nucleus flock. We don't have to try to mother them up in the paddock or do any DNA testing. It still is only 90 to 95pc accurate but for us that's good enough."

The Souths also use foetal aging data to tailor ewe nutrition to the exact stage of pregnancy and are now considering further tightening their four week joining period down to three weeks with an increased ram percentage, based on that same data.

"We're getting 70pc [of lambs conceived] in the first two weeks and speaking to the scanner, we'd probably only miss 5 to 10pc at the most, coming back to three weeks," he said.