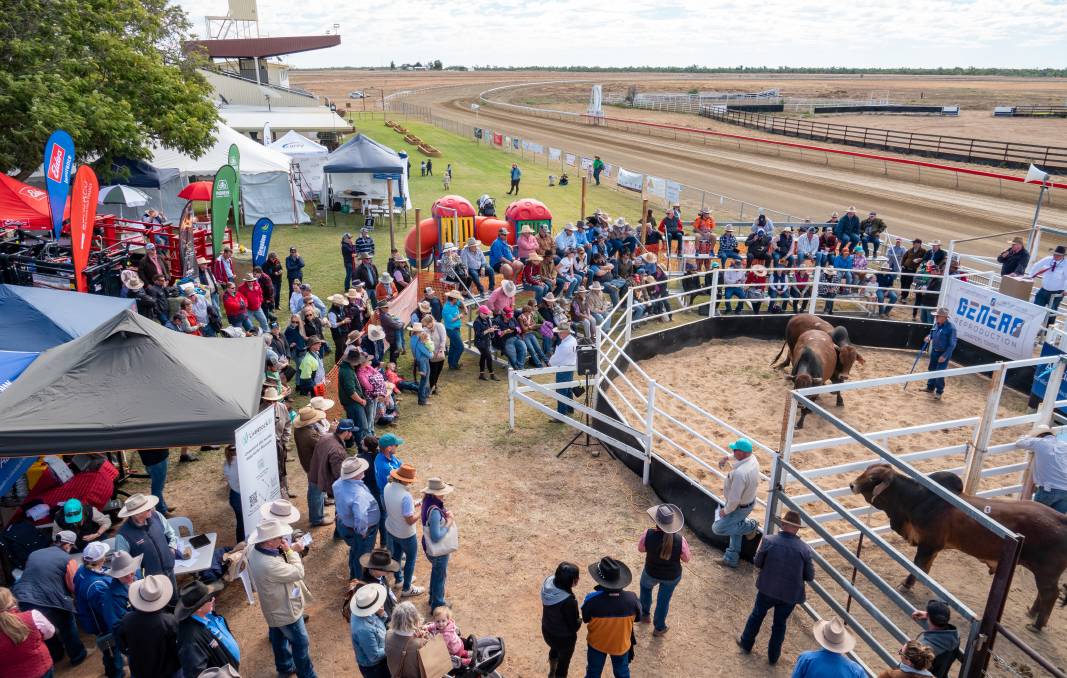 Crowds in Richmond gathered in force to attend the much-anticipated Richmond Field Days.

Crowds in Richmond gathered in force to attend the much-anticipated Richmond Field Days, which has been running in the region for more than 35 years.

With around 134 exhibits on display this year, and plenty of shopping and entertainment opportunities on offer for both adults and kids alike, event organiser Kacie Lord could not have been happier with the result.

"I think it was the best field days we've ever done, and as always having a break [due to COVID] brings fresh energy.

"That was good for us all to come back with fresh energy because it's a huge undertaking and we're pretty much all volunteers."

In her fourth year of organising the event with the support of her fabulous committee, Ms Lord was pleased to see a range of new exhibitors this year showing interest.

The feedback she received from them was positive all round, she said.

"We had lots of new ones and the feedback from all of them was that they just had a really successful [couple of] days. We had the salami man who managed to get out of Victoria and come up. We had a man who was selling chooks. It was just a huge variety of exhibitors with a vast range of displays."

Ms Lord's focus this year was to increase awareness about the importance of mental health and wellbeing, with the Royal Flying Doctor Service and Uniting Care both in attendance. Technology around fast connectivity in rural areas remained a priority as well, and of course, the kids' entertainment.

"My two big focuses for this year, aside from the health aspect, was the technology around fast connectivity. Richmond DAF were really supportive in getting a whole tent off the ground in regards to that, and that was really exciting," she said. 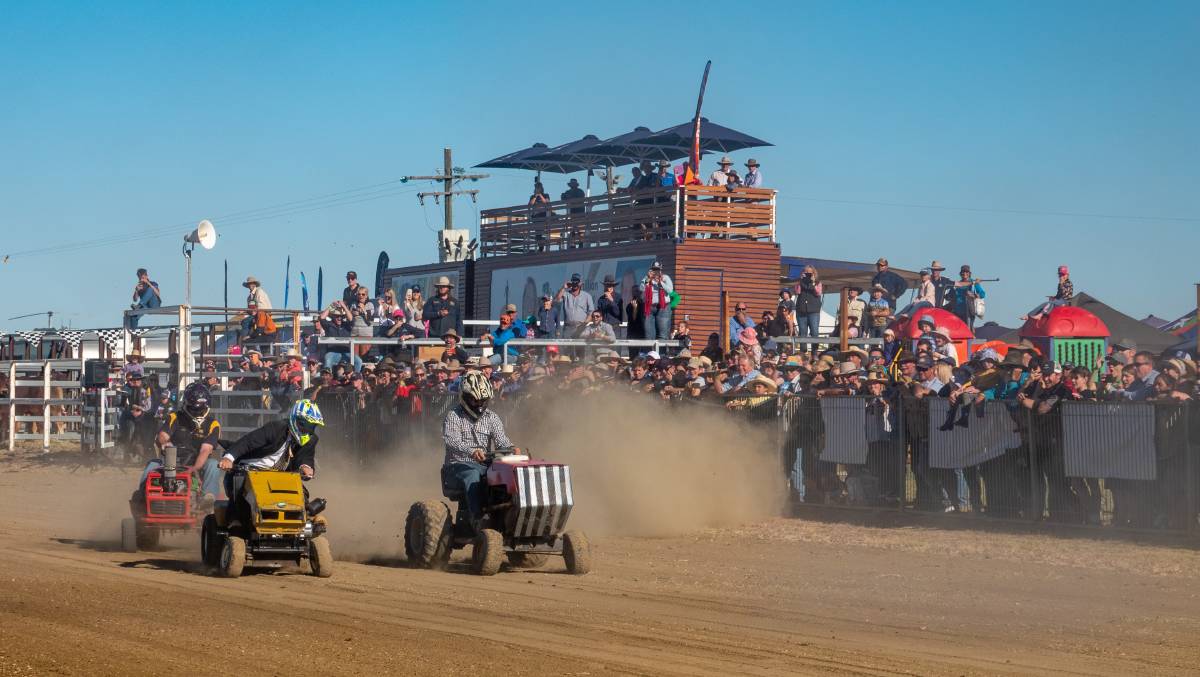 The Hughenden Motorcycles Lawn Mower Derby was a hit.

Among the other entertainment of offer in Richmond during the field days was the monster trucks, which wowed the crowd in the evening and were preceded by a fireworks display. A cocktail party on the Friday night and race meet on the Saturday drew local crowds and attracted visitors from all over for more fun-filled socialising.

Another big draw card during the field days was the mower derby, which had Ms Lord in stitches of laughter.

"This year there were six mowers and they all set off [when] my mobile rang and I turned to take the call. I was on the phone for about 30 seconds and I turned back and there's only three mowers left in the race and [I can see] all these dead mowers," she said.

"Some with smoke pouring out of them, some with front wheels caved in. It was the funniest event, everybody was just rocking with laughter."

This is Ms Lord's final year as secretary for the Richmond Field Days and she will hand over the secretarial reins to Tammy Bailey from Saxby.