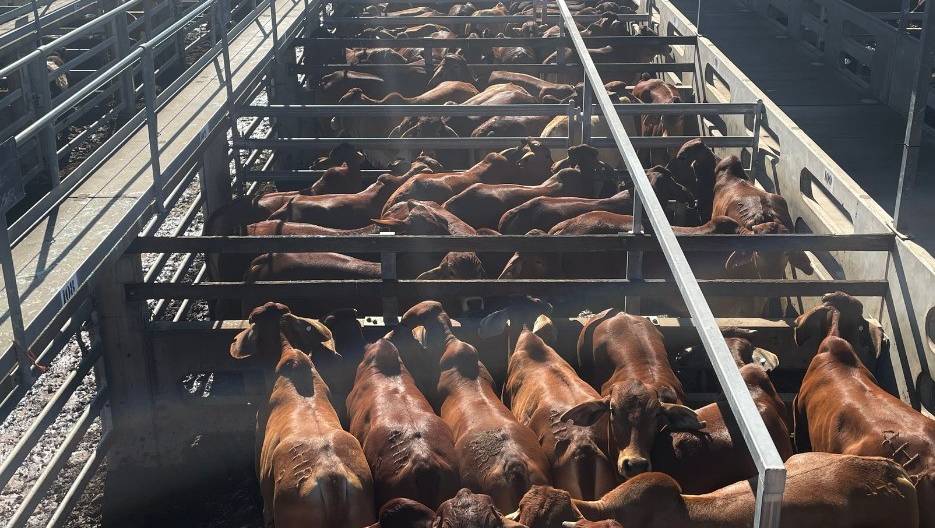 Riverside Pastoral Company, Nebo, offered a run of No.9 Brahman cross steers at the CQLX prime and store cattle sale. The lead pen of 450 topped at 421.2c/kg, averaged 456kg to return $1924/head.

There was a yarding of 2513 at Gracemere on Wednesday.

"There was plenty of competition for these cattle and we had two southern Queensland feeder operations as well as a few local operators bidding strongly," Mr Rhode said.

"Overall, it was a strong sale, and the results held firm in comparison from last week," Mr Rhode said.

A highlight in this weight range came from Nebo vendor, J L Deguara, for their Brangus steers which sold for 630c/kg, weighed 139kg and returned $873/head.

Another highlight included 256kg Droughtmaster weaners, offered by T and J Holland, Wycarbah, which sold for 568c/kg to equal $1457/head.

For heavier lines, Bullrush Pastoral, Nebo, had a good result for its No.9 Brangus steers, which topped at 417c/kg and weighed 553kg to equal $2202/head.

Bullrush Pastoral also peaked the heifer market for a 246kg No.0 Speckle Park line which reached 542c/kg and returned $1333/head.

Despite one less processor operating in the bidding gallery, the cow market was firm to dearer.

"I think the prices will stay where they are at and we will have similar strong results at next week's sale," he said.