Agricultural representatives are gearing up to support a Reef Regulation Reversal Bill at a public hearing in Brisbane this Friday. 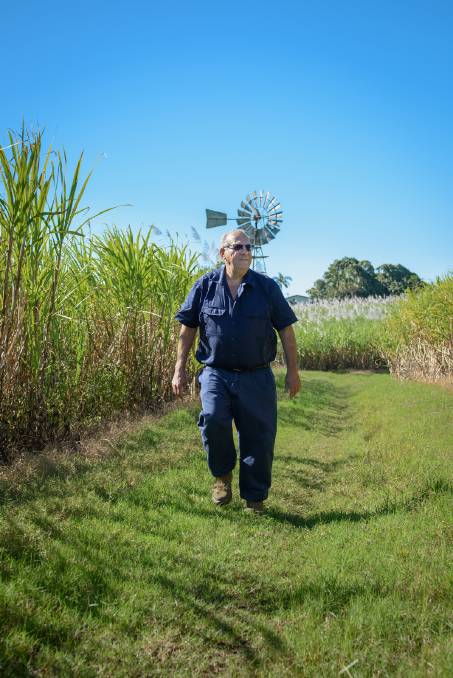 Canegrowers chairman Paul Schembri is speaking out about the economic impact reef regulations have had on the sugar industry and entire cane growing communities.

AGRICULTURAL industry representatives are preparing to give witness statements at a public hearing this Friday, in support of a Reef Regulation Reversal Bill put forward by Katter's Australian Party.

Hinchinbrook MP Nick Dametto said the measures in Labor's legislation are "a complete assault on farmers".

"This legislation has been met with strong opposition by Queensland's agricultural industry and Katter's Australian Party has taken up the fight on their behalf," Mr Dametto said.

"The KAP would like the members of the Health and Environment Committee to gain an appreciation of the importance of our bill and why it is necessary given the bureaucratic nightmare that farmers now have to deal with under Labor's reef laws."

Mr Guerin said an independent office was the only way to protect hundreds of farming families and regional communities from unfair regulations.

"An independently run Office of Science Quality Assurance isn't only for the reef. Once established, it would be able to oversee every aspect of policy-setting science related to vegetation management, the environment, air quality, and much more," Mr Guerin said.

Mr Stubbs said if the bill is successful, it would be a return to the level of regulation and penalty units farmers had in 2009.

"It would still require producers in certain situations and locations to operate within an accredited Environmental Risk Management Plan, but one with many more practical farm plan options," Mr Stubbs said.

"Importantly, the bill proposes that all producers have a duty of care to notify authorities of any environmental harm to water quality while carrying out activities under their Environmental Risk Management Plan, as well as to appoint an independent regulator to oversee enforceable actions and development of ERA standards."

Canegrowers will also be attending Friday's hearing. Chairman and Mackay grower Paul Schembri said his organisation will be urging the parliamentary committee to commit to greater investigation into the social and economic cost of current reef regulations on regional economies.

"We believe the current legislation is a bureaucratic nightmare. It's very prescriptive to cane farmers in terms of the use and permissible rates of application of fertiliser and chemicals, and backed up by infringements that we think are unacceptable," Mr Schembri said.

Queensland Farmers' Federation has called on the state government to reconsider the regulatory burden reef regulations place on farmers.

CEO Dr Georgina Davis said the agricultural industry remains committed to doing its bit for the reef, with an exponential increase of farmer participation in BMP and other voluntary practice improvement programs.

"These programs have made and continue to make improvements to a range of environmental objectives, and have significantly contributed to the health of the Reef despite the water quality targets being grossly underfunded," Dr Davis said.

"We remain firmly of the view that applying a blanket approach to regulating agricultural activities across all six Reef regions at the expense of true practice change will not realise the best environmental, social and economic outcomes for the Reef, farmers or Reef catchment communities."

The public hearing is this Friday at the Parliamentary Annexe in Brisbane.