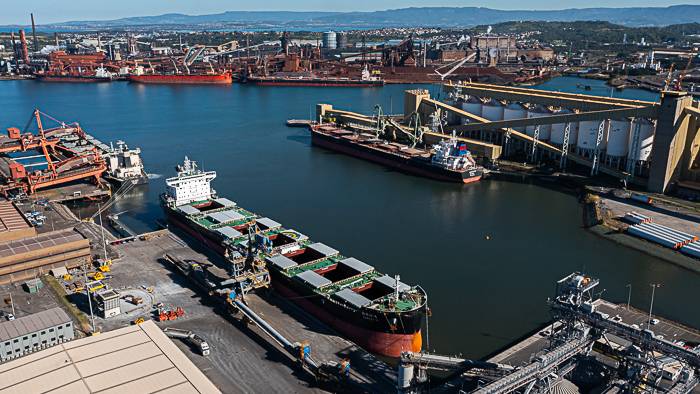 SALIC Australia is sending grain from Australia to Saudi Arabia.

A Saudi Arabian owned agribusiness has been busy accumulating grain and has sent back an export shipment of wheat to the Middle East.

SALIC Australia, a Saudi-backed agribusiness, has exported a bulk shipment of grain in a ground-breaking move for the company as it seeks to establish its footprint in Australia.

SALIC (the Saudi Agriculture and Livestock Investment Company) Australia sent a 60,000 tonne cargo from the Quattro Ports facility at Port Kembla, NSW, on May 23 that is due to arrive in Saudi Arabia in coming weeks.

It is the first of a number of bulk export cargos SALIC Australia has planned.

Previously, the company was best known in Australian agricultural circles for its investment in farmland in Western Australia, where it owns a whopping aggregation, Merredin Farms, which produces grain and livestock over 211,000 hectares and grows around 120,000 tonnes of grain alone each year.

The 60,000MT cargo of wheat is the first of multiple bulk export cargos SALIC Australia has planned for this year.

However, the company has stressed that it is out to accumulate grain outside its own holding - and the 60,000 tonnes in NSW show that it is willing to buy up when necessary.

Given strong Saudi Arabian demand for grain is strong the company said it expected to be again in the market for grain in coming months.

"Based on Saudi Arabia's requirements, SALIC Australia will be sourcing grain from all states around Australia over the coming seasons, and exporting from multiple ports," a spokesperson for SALIC Australia said.

The company's aggressive push into Australia reflects changing sentiments in Saudi Arabia regarding the best means of ensuring the arid nation has food security.

Previously there had been a push for self-sufficiency, but with declining water resources, the Kingdom has instead sought to set up arrangements within key agricultural nations, which is music to Australian grain growers' ears.

"Given its ongoing investments in Australian agricultural production and supply chain, more and more of Saudi Arabia's food requirements will be filled by Australian produce, which is ultimately good for prices and competition here in Australia," the spokesperson said.

Saudi Arabia's renewed interest in Australian grain comes at a good time after a large crop, and particularly in the barley sector, where, due to Chinese tariffs, alternative markets are more important than ever.

"The investment in export has come at a good time for Australia, particularly with the bumper 2020/21 winter crop looking for alternate export homes," the spokesperson said.

In terms of logistics, SALIC Australia will be working closely with a range of Australian trading, export and broking companies to ensure smooth accumulation, logistics and export.

An example of this was the first vessel loaded out of Quattro Ports, where SALIC Australia was assisted by NSW-based agribusinesses Basis Commodities and Arrow Commodities.