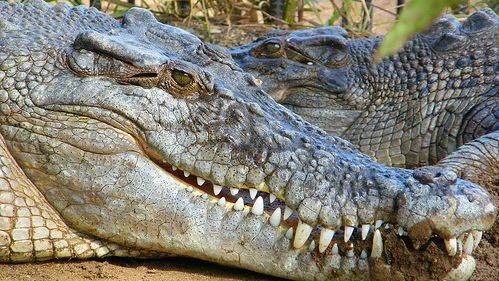 Kurrimine local and president of Kurrimine fishing club Shawn Dineen said the rise in attacks are becoming a serious concern for the community after his 16 year old son had a near miss with an animal in April.

The state government has been tasked with why it's promised population survey in crocodile numbers in North Queensland has still not been released to the public by KAP member for Hill, Shane Knuth.

In June of 2016, then environment minister Steven Miles committed $5.8 million to a crocodile management program that would include a "comprehensive crocodile population survey" over three years covering rivers and estuaries from Cape York to Gladstone.

Mr Miles said the survey was set to urgently determine if crocodile numbers were "increasing or decreasing" in light of crocodile attacks at the time.

Five years on, that question still remains unknown as the survey results are yet to see the light of day.

Crocodiles very much remain a threat according Mr Knuth, who believes the numbers in North Queensland's crocodile country have "dramatically increased" and that the deadly animals have migrated towards populated swimming areas.

"It's five years on now and I haven't seen any evidence the $5.8million has made any difference to the problem, employed more rangers, or produced any survey on the crocodile population," Mr Knuth said.

Environment Minister Meaghan Scanlon said that the survey has been completed and that it is currently being reviewed by a team of experts.

"My department recently completed a three-year estuarine crocodile monitoring program, and has convened an independent expert committee to review the effectiveness of the current management approach," she said.

"The government will then consider the report."

"The Palaszczuk Government continues to work with rangers and traditional owners to manage crocodile populations throughout Queensland,"

According to the Department of Environment and Science there have already been three crocodile attacks this year - including one fatality.

That matches the total number attacks of the previous two years.

Kurrimine local and president of Kurrimine fishing club Shawn Dineen said the rise in attacks are becoming a serious concern for the community after his 16 year old son had a near miss with an animal in April.

"A three to four metre croc had a go at my son last week, and another young person the next day," he said.

"This was a big black croc, the likes of which I haven't seen around Kurrimine before. We don't know where they came from."

Mr Dineen said after reporting the incident to the national parks, he is yet to receive a response.

"It's really concerning, national parks have not given us any communication or update about the situation."

"We have a large elderly population and tourism industry. It feels like a matter of time before something bad happens.

Mr Dineen said that if the population survey were brought to the public the community we have peace of mind about the situation they are dealing with.

"We need to know what's happening in the water. It's vital to know the movement of these dangerous animals and what their populations are doing."

Mr Knuth said the 2016 announcement was a display of "lip service" to the North Queensland public over the issue.

"The state government were patting themselves on the back with the funding commitment five years ago which was supposed to be delivered over three years," he said.

Queensland's crocodiles have been fully protected from hunting since 1974 after over-hunting post World War Two threatened the native species towards endangerment.

"No-one wants to see the large-scale unregulated killing that occurred back in the 70's, but we do want changes, such as the establishment of a Queensland Crocodile Authority based in North Queensland to self-manage the problem,"

"If the state government believes their crocodile management strategy is working, then release the survey to the public so we can see the results," he said.