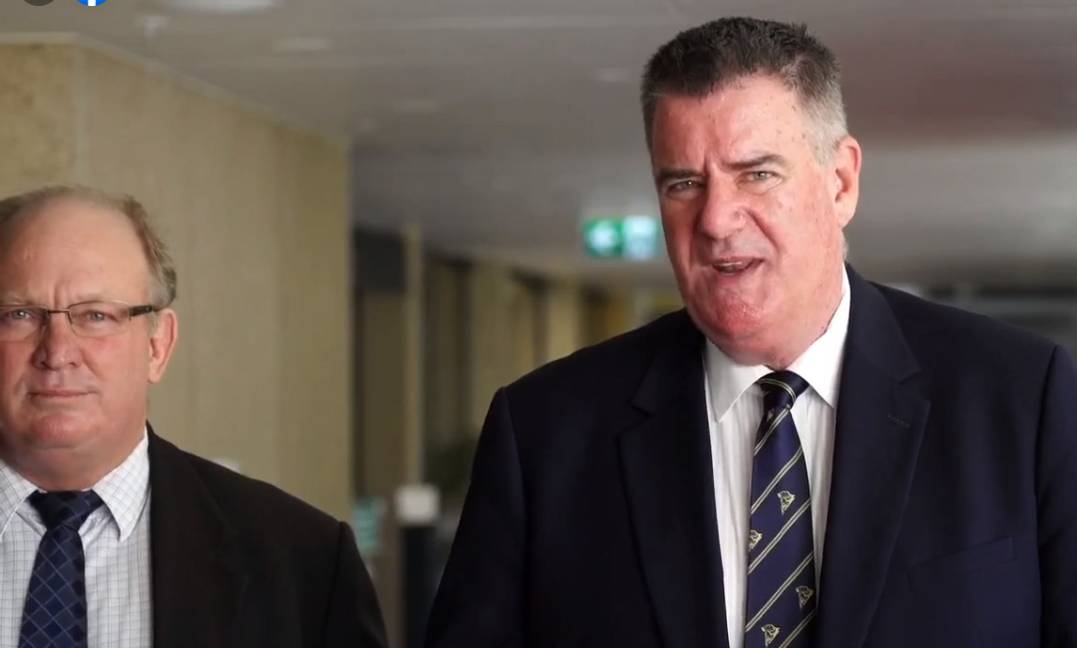 Member for Hill Shane Knuth with Queensland Agriculture Minister Mark Furner at a press conference at Parliament this week, expressing their support behind the Far North Queensland Lime industry.

The state government has pledged it's support behind the FNQ lime industry.

THE state government has pledged it's support to the Far North Queensland citrus industry, following the federal government's plan to import limes from Mexico.

Lime growers in north Queensland have slammed the plan, warning that it could potentially destroy the local industry and risk bringing in a number of biosecurity hazards.

Member for Hill Shane Knuth raised the issue in state parliament this week, asking the government to act and to protect local producers. Mutchilba citrus farmer Karen Muccignat from Muccignat Farming said the lives and livelihoods of hundreds of family farms on the Atherton Tablelands were at risk if the imports were allowed in.

"While we need to have international trade, we need to be aware of the biosecurity risks," Mr Furner said.

"The role of my department as a stakeholder, among many stakeholders, is to review and provide input throughout the biosecurity import risk assessment process.

"Right now, David Littleproud's department of agriculture has consultation open in relation to a review of biosecurity import requirements for fresh Persian lime fruit from Mexico.

"What is surprising is that David Littleproud's department seems more supportive of Coronas with Mexican limes rather than homegrown 'Milton mango'."

Queensland is currently the largest producer of limes in Australia with 558 hectares of mature lime orchards, representing more than half of Australia's total lime production.

Mr Furner said his department's scientists raised technical and scientific concerns with the federal counterparts at a meeting on Wednesday 5 May, 2021.

"We have a state free of many pests and diseases, yet there are risks-funguses, viruses, mites and scabs-as a result of any threat coming into our state," he said.

"DAF personnel also attended the citrus industry consultation meeting convened by DAWE in Mareeba on 19 May 2021.

"There are other potential risks, and if there is a fail at the border it is Queensland growers who will suffer."