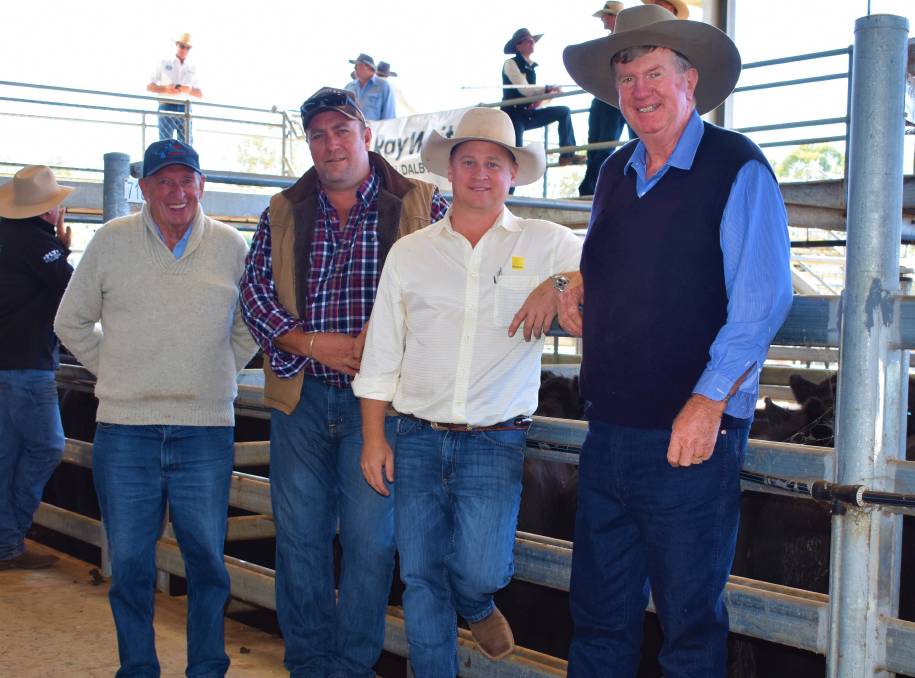 A strong panel of buyers was present along with a strong online panel through the StockLive online bidding and livestreaming platform, a first for the Dalby Saleyards.

Fucheng Woodlands Pty Ltd's champion pen of 30 Angus heifers sold for 490c/kg, had an average weight of 367kg and sold for $1797/head.

They yarded 800 head for the sale.

Kathy Moloney and Ross Graham of Moloney and Graham Partnership, Kragra, were awarded the champion pen of weaner steers for their pen of 15 Simmental Euro-cross steers in the 250-350kg weight range.

The Moloney Graham steers went onto sell for 516c/g and return $1608/head.

The champion pen of weaner heifers was won by Gary and Janelle Schmaling, Haden, for their pen of 13 Angus heifers. These heifers sold for 534c/kg and returned $1775/head.

David Felsch of Dalby Ray White Rural said the overall standard was very good and Angus and Angus-cross steers and heifers had dominated the yarding.

"Feeder steers and feeder heifers were in the largest numbers, along with a fair selection of weaner steers and heifers," Mr Felsch said.

"Buyers appreciated the quality on offer, and this was also reflected in the prices achieved."