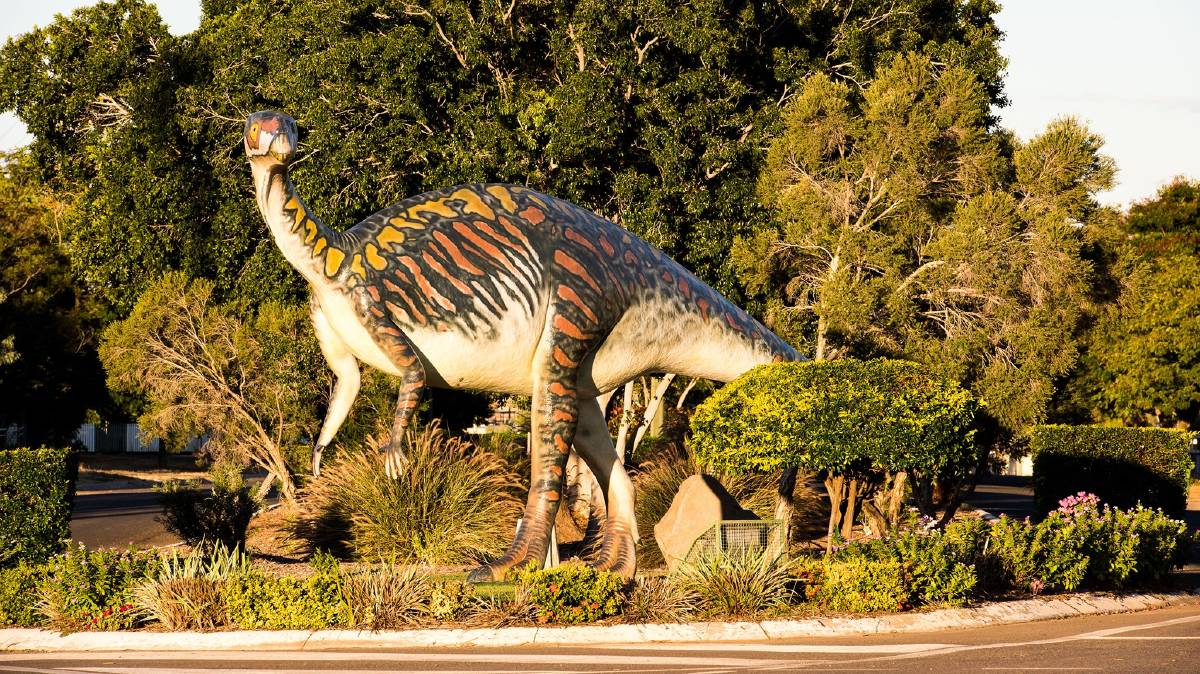 Hughenden's replica Muttaburrasaurus, dubbed Mutt, is one of many dinosaur-related tourist attractions in Outback Queensland.

Dinosaur tourism in outback Queensland has been given an extra boost thanks to a half a million dollar commitment by the state government to deliver a roadmap to grow the sector.

Dinosaur tourism in outback Queensland has been given an extra boost thanks to a half a million dollar commitment by the state government to deliver a roadmap to grow the sector.

The funding will be doled out across three years to help create a strategy set to promote outback Queensland as the world's leading dinosaur tourism destination, tying together the success of attractions such as the Eromanga Natural History Museum, Australian Age of Dinosaurs, Kronosaurus Korner or Muttaburrasaurus Interpretation Centre and Flinders Discovery Centre.

Premier Annastacia Palaszczuk said the roadmap would help to boost the region's rich palaeontology-driven tourism industry in years to come - supporting the state's economic recovery plan. "Outback Queensland is one of the best places in the world to have a dinosaur experience," she said.

"We want to capitalise on demand for unique tourism experiences in the future - that's what our roadmap will help us achieve."

"Outback Queensland has multiple dinosaur-based attractions spread throughout its communities, which combined account for an estimated 11 per cent of all tourism - or almost 122,000 visitors - and 26pc of leisure tourism visitors to the region," he said.

"Add to this that due to the remote location of most dinosaur attractions, visitors often visit several communities when on an Outback Queensland trip."

Flinders Shire Mayor Jane McNamara said the roadmap was great news, with dinosaur-related tourism already a major tourist driver for Hughenden and its surrounds. "Half a million dollars over three years will be a great help and hopefully we will all get a piece of the pie," she said.

"Fossil and paleontology tourism has attracted people to Hughenden after the last several decades and we hope to grow that further."

Hughenden's dinosaur tourism is undergoing some big enhancements, including an upgrade to the Flinders Discovery Centre that will double its size, while its iconic fibreglass replica Muttaburrasaurus, dubbed Mutt has recently moved to a new site, that of the former Grand Hotel.

Another fossil-related tourist attraction is also being created for the 2021 tourist season after a local gypsum extraction business donated tailings rich with moonrocks, gypsum crystals and cretaceous fossils to the council.