BITTER TRADE SPAT Despite Australia's worsening trade and diplomatic spat with China, some of our key food exports continue to flow into the market.

China's trade war with Australia is hurting wine, barley and seafood but the outlook isn't all gloom and doom.

Barley, wine and seafood exports to China took a $270 million hit in January, according to specialist rural lender, Rabobank.

Exports of the three commodities have been seriously impacted by punishing tariffs imposed by Beijing in response to worsening diplomatic relations between Australia and China.

Rabobank said in its commodity update for April that barley, wine and seafood sales to China had shrunk to just $8m in January compared with $278m in the same month last year.

Beef has also been in China's firing line and export figures from Meat and Livestock Australia show a 45 per cent slide to 20,844 tonnes for the first two months of this year compared with the same period in 2020.

But Australia's $1.2 billion annual wine export market to China has evaporated because of new tariffs ranging up to almost 220pc.

On a brighter note Rabobank said Chinese retail food sales continued to perform strongly with consumers spending 11pc more in January and February compared with the same period in 2020. 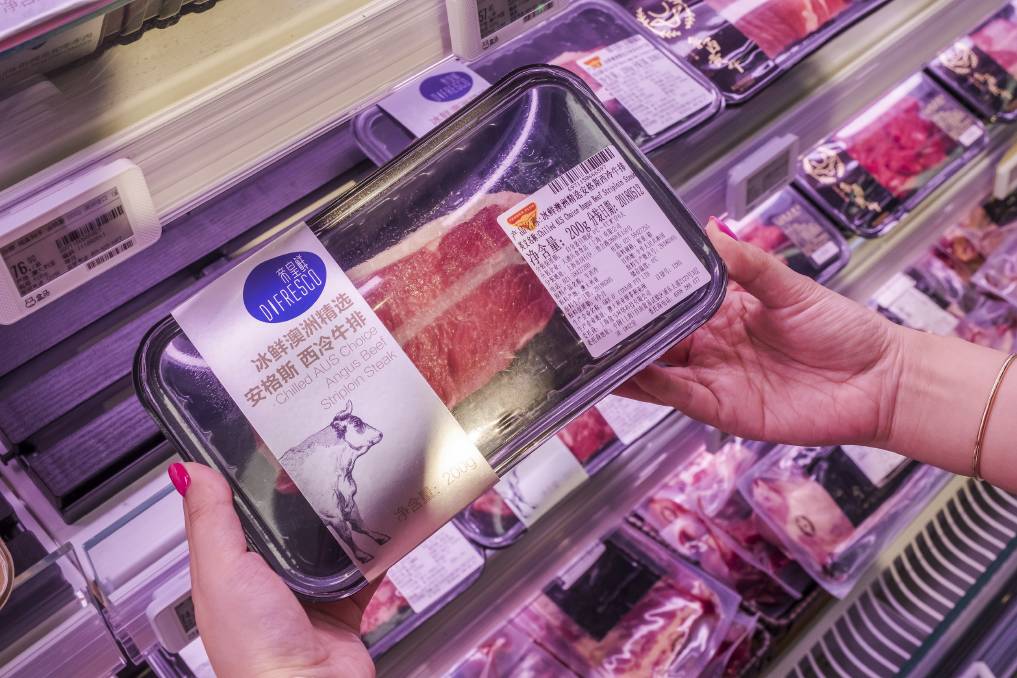 STRONG RESULTS: Retail food sales in China are rising as the country recovers from the COVID pandemic.

But China's previously booming foodservice sector, which has been hit hard by the COVID pandemic, was struggling to recover.

China's foodservice sector had been an attractive pre-COVID market for beef, lamb, cheese and seafood exports.

The bank said Australian farm exporters were enjoying success in finding new markets to offset the decline in shipments to China.

Barley exports actually rose year-on-year in January with Saudi Arabia and Thailand taking up much of the slack left by China, it said.

Latest data from the Bureau of Statistics reveal Australia had an overall trade surplus of $8.1 billion in February.

Australia has recorded a goods trade surplus above $8b for three months in a row which was a first, the ABS said.

The bureau's head of international statistics Andrew Tomadini said February 2021 exports for cereals was the highest ever at $1.3b.

Overall exports of goods in February reached $32.11b while overall imports were $24.01b.