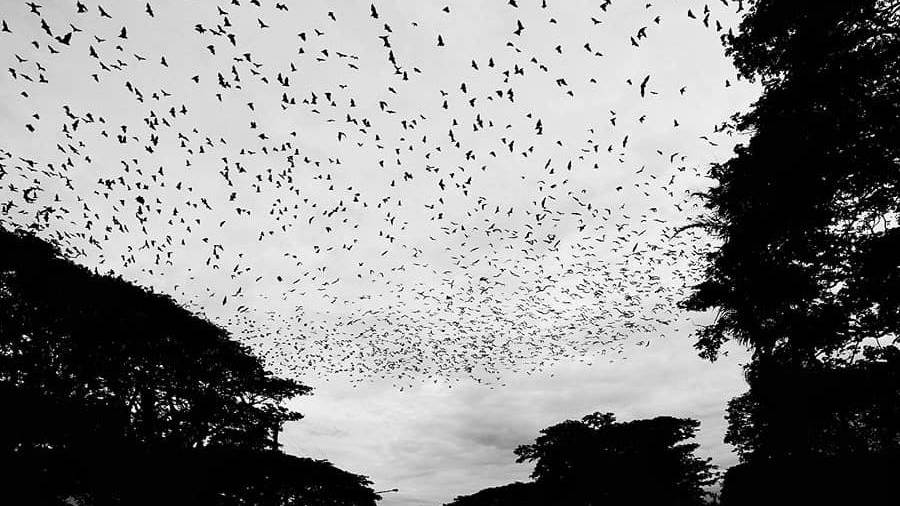 More than $1 million was released in 2019 by the state government to investigate with CSIRO best practice management when dealing with flying fox roosts in the region.

A state funding bat control application process has been welcomed by Hinchinbrook Shire Council in its fight to keep "plague proportions" of flying foxes out of Ingham's town centre.

Last week, the Department of Environment and Science announced they would provide $2 million over the next four years (2021-2024) to assist local governments in Queensland to mitigate the impacts of flying-fox roosts on communities.

More than $1 million was released in 2019 by the state government to investigate with CSIRO best practice management when dealing with flying fox roosts in the region.

Hinchinbrook Mayor Ramon Jayo said that council has been advised that funding from that grant has now run dry, after being denied assistance to deal with recent bat management.

Cr Jayo said council is still awaiting to receive best management practice guidelines from the CSIRO research and council will "be putting it's hand up" when more funding is available.

"Council undertook the bat management ourselves, we have been successful in dispersing the bat roost. Now, management strategies to ensure that the roost will not re-establish is continuing to occur and we are still looking for assistance from the state government towards ongoing costs," Cr Jayo said.

"We will be making that application the Department of Environment and Science."

Hinchinbrook MP Nick Dametto said he was pleased the state government was making commitment to mitigating the impacts of flying-fox roosts on regional communities.

"This announcement will help councils manage their flying fox problems across Queensland with the financial means to disperse bat colonies in populated areas," Mr Dametto said.

"Hinchinbrook Shire Council has spent upwards of $250,000 since 2020 to engage contractor Biodiversity Australia to successfully manage our bat colony in Ingham, which was at plague proportions. Although flying fox management is a continual process, the bats have not returned in anything like the numbers we saw last year. It's important council keep up dispersal activities to maintain that deterrence.

"This all costs money and I'll be pledging my full support for any application council makes for one of these grants."

Funding will be delivered via six competitive rounds over the next four financial years enabling councils to access funding twice annually over this period. All projects will be approximately 50 percent co-funded by the local government (including in-kind contributions), however exact contributions may vary in some cases.

The program is expected to launch in the middle of this month with the closing date for round one applications to be about one month following that.

Mr Dametto said he had enjoyed a strong working relationship with both council and Biodiversity Australia on tackling the bat colonies around Ingham.

"Hinchinbrook Mayor Ramon Jayo has really taken this issue by the horns and led from the front. The team at Biodiversity Australia have been consummate professionals at all times. They are the subject matter experts when it comes to these challenges by ensuring flying foxes were not harmed during dispersal activities while also keeping the health and well-being of local people front of mind," Mr Dametto said.

"I believe the work that was undertaken in Ingham during our bat dispersal should be used as a benchmark by the State Government to guide other towns across Queensland on how they can manage their flying fox problem."