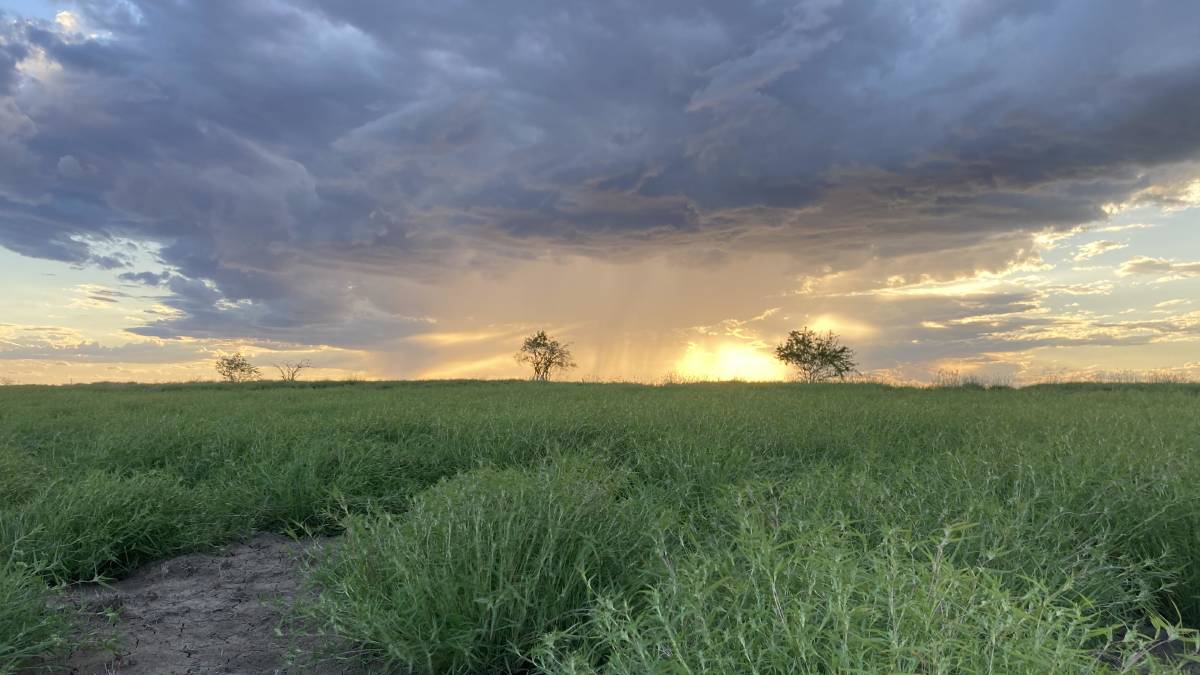 Bob Elliott only had 9mm at Belmont near Winton on the weekend but he says the Flinders grass is the highest he's ever seen it. Photo - Bob Elliott.

Forget chocolates - rain was the present delivered to a group of landholders in north west Queensland centred on a circle south of Prairie, on Easter Saturday.

Forget chocolates - rain was the present delivered to a group of landholders in north west Queensland centred on a circle south of Prairie, on Easter Saturday.

While the storm that developed from the north west during the afternoon brought the first welcome rain for some, for most it was the much sought-after follow-up that has been missing for years.

All graziers that Queensland Country Life spoke with emphasised though that the rain was not as widespread as might be assumed and there were still plenty of people in western Queensland who were behind the eight-ball as far as grass-growing, soil-drenching rain was concerned. 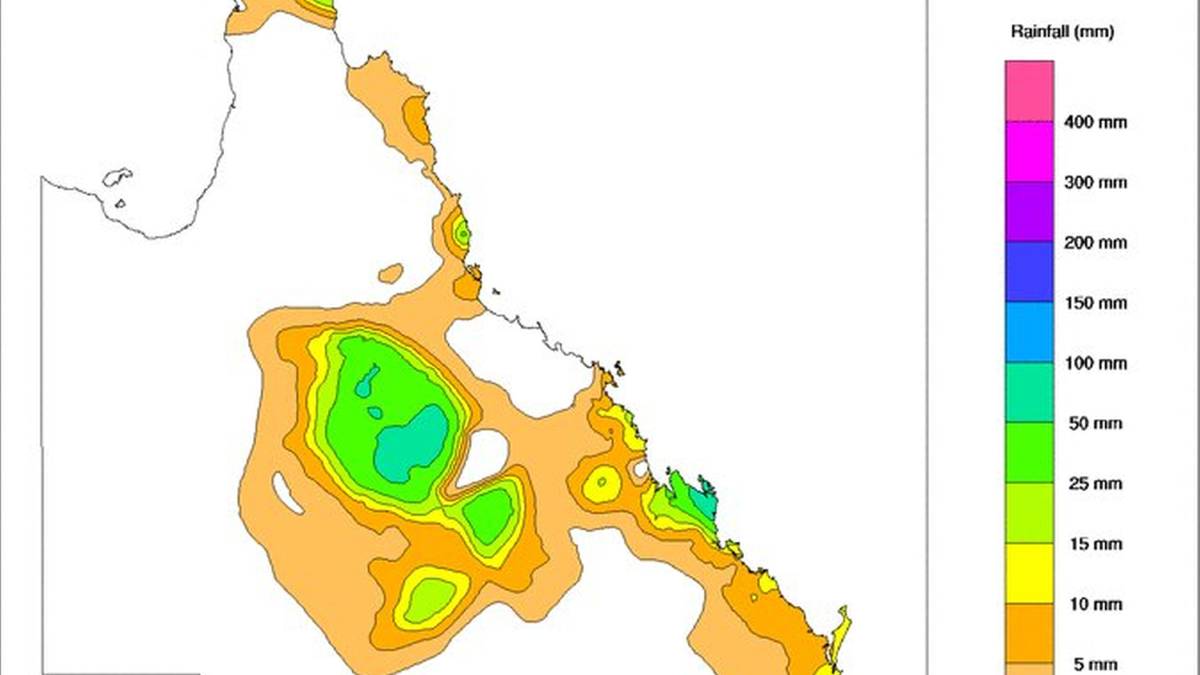 While coastal Queensland was on the alert for big rain over Easter, parts of north west and central Queensland received an unexpected bonus on Saturday, April 3.

Falls reported in the district on the Who Got the Rain Facebook page ranged from 33.5mm at Charley Creek 25km south of Prairie to around 100mm at Burslem 70km north of Muttaburra.

Annie Brown reported 55mm at Lammermoor south of Prairie, while Bob Bode tipped out 65mm at Waterview, and Rowena Angus at Glenariff had 57mm.

There were also useful falls north of Prairie, such as 48mm at Blantyre Station, managed by Brett and Sharon Forse.

The property has had 256mm from January to March in numerous smaller falls.

"It all added up, every little bit helped," Ms Forse said.

"We've got grass so hopefully this will see us through winter, provided it's not too cold.

"We've jagged a couple of storms so we're hanging in there." 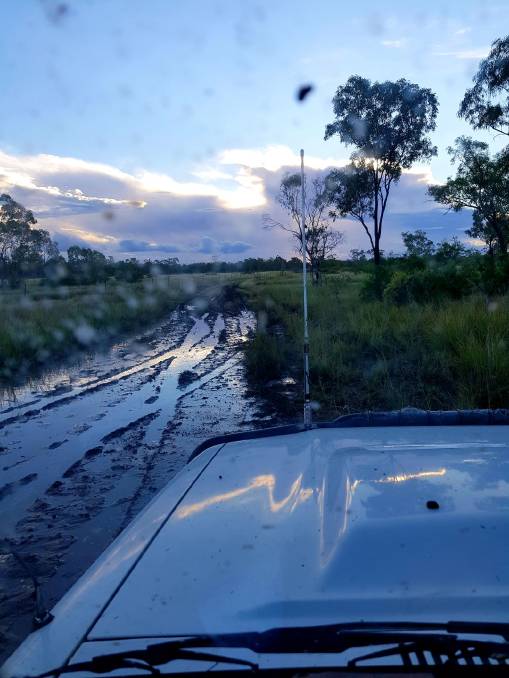 The Forse family was camping on the Flinders River when the storm made camping a risky prospect. Photo - Sharon Frose.

At Charley Creek, Sharon Jonsson said the rain had been a total surprise, considering they'd not been expected to get any more than 10mm.

"It was a big black front from the north west, with lots of lightning in it," she said. "We were at the lower end of the scale but this will do us good."

It comes on top of 91mm throughout March and 197mm in February after a dry 3mm start in January.

She was hoping especially that the rain had drowned the grasshoppers, which had strangely attacked their spinifex rather than their buffel and seasonal grasses.

"Spinifex is what sticks to you down the track so we really need it to regrow now," she said.

She believed that properties further west, to the south of Hughenden had had some rain but were coming from a drier base, and would need more.

Bec Hawkins at Malakoff near Stamford had 48mm while Bob Elliott at Belmont, north east of Winton, only had 9mm.

However, he was very pleased with the way the rain had fallen throughout the year and that it appeared the grasshoppers had departed.

Read more: Graziers in the dark on grasshoppers

They didn't eat the Flinders grass that was trying to grow from 136mm at Christmas, 24mm in January, 127mm in February, and 42mm in March, as short as the other grass butts and so it was able to keep shooting.

"I've never seen Flinders grass this high," Mr Elliott said. "The grasshoppers were bloody worrying, and then the follow-up changed the whole picture."

While protein levels will quickly drop in that grass, he said he was lucky to also have paddocks growing Mitchell grass and so he would finally be able to give some paddocks a rest.

According to Bureau of Meteorology forecaster Matt Marshall, the weekend storms were becoming more isolated and drier overall towards the end of the week.

"Most storms are contracting to the coast and the Darling Downs," he said.

"Winton's Way out West festival won't get a drop of rain.

"Beyond that, the climate outlook is showing a drier than usual April."

Although the weekend influence was fairly localised, it was related to the instability from the broad upper low that had been predicted to bring big rain to coastal parts.

Mr Marshall said that once the storms had gotten as far south as Longreach they hadn't been as general, but there was still enough rain to upset camping plans for many who'd begun their Easter holidays.

Ms Forse was happy to report that the Easter Bunny hadn't become bogged in the mud around Prairie but had delivered on time.