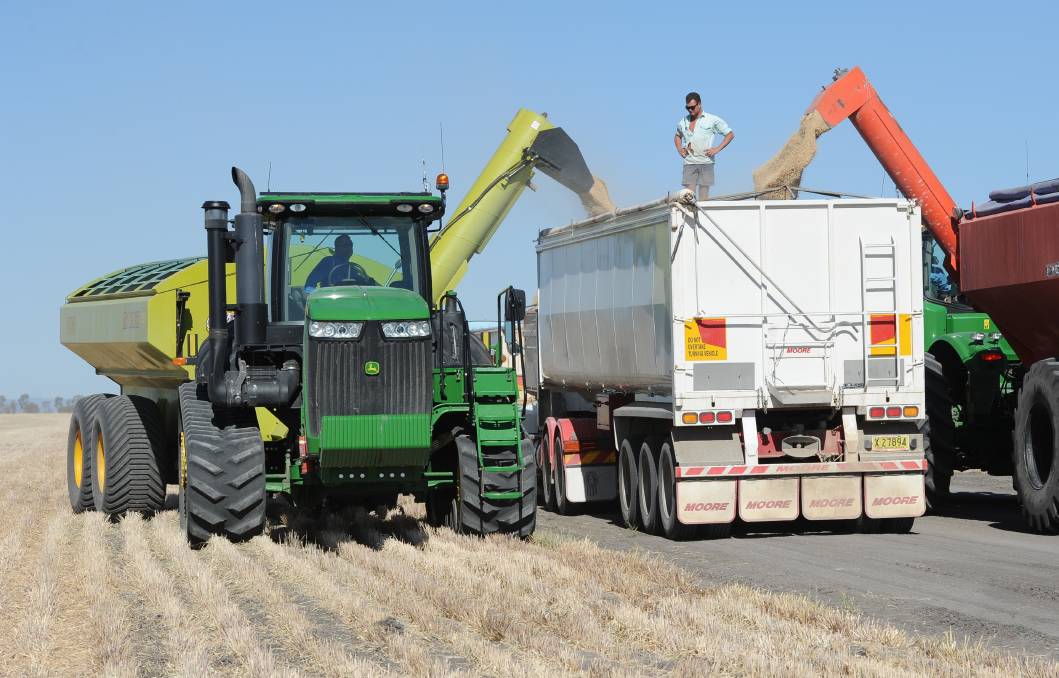 Despite emerging from drought, farmers in most states will bank lower average incomes than last financial year.

West Australian farmers continue to be the nation's highest agriculture sector income earners, but NSW will do much of the heavy lifting to push average profits back into the black in 2020-21.

NSW has bounced back after three bad drought years, on track for a 650 per cent rise in farm returns which should lift Australia's average farm cash incomes to $184,000.

Although drought also hammered other eastern states back in 2019-20, farm cash incomes actually averaged notably better that year in Queensland, Victoria and Tasmania than the results forecast for this financial year.

"It's no surprise the improved seasonal conditions of the past 12 months have been a driving factor in lifting incomes on a national level," said Australian Bureau of Agricultural Resource Economics and Sciences chief commodity analyst, Peter Gooday.

"But the result was mainly driven by a big rise in cropping income, particularly in NSW."

The seasonal break also meant most livestock producers were focused on rebuilding flock and herd numbers and therefore not reaping the earnings which had accompanied constant destocking sales in previous dry years.

Average farm business profits - calculated after adjusting cash incomes to deduct family labour inputs, capital depreciation and any stock and crop inventories - were tipped to recover from last year's slump into negative territory, to hit $60,000 in 2020-21.

WA farmers continued their run as the best performers by far, but their average cash income this financial year would also drop, marginally, to about $290,000.

The west was saved from falling further by the state's grain harvest turning out far better than expected after a generally dry growing season.

Aside from NSW, which is on track to leap from an average of just $20,000 to $150,000, South Australian broadacre incomes are set to be the only other improved performers this financial year.

Tasmanian incomes were headed for the biggest fall, down from about $210,000 to $145,000, also putting Tassie farmers below their state's 10-year income average.

The somewhat restrained cash income performance by WA, Victoria, Queensland and Tasmania has kept the national figure about $40,000 below its peak of a few years ago.

However, all other states, except WA, were set to have average broadacre incomes above, or matching their past decade's annual average.

"But outcomes have varied significantly within some states," Mr Gooday said.

"Last year was a very poor year in NSW, but despite the drought, it turned out better in northern and central Queensland and Victoria.

Dairy incomes were set to dip slightly in Victoria, South Australia and Tasmania, although remained historically high, while NSW, WA and Queensland farm returns lifted and benefitted from much reduced spending on feed.

However, Mr Gooday noted one good season would not mean a significant recovery in the agriculture sector's financial health.

"But debt servicing has been much more challenging in NSW, where an average 65pc of net farm income went into interest repayments in 2019-20 - and some farms were paying well above the average," he said.

Conveniently, land values had generally risen faster than borrowings since 2010, so farmers have gained greater equity levels in their properties.

Overall the sector looks to be in a good position to rebuild, but good seasonal conditions will play a major role - Peter Gooday, ABARES

Mr Gooday noted Australian farmers also had substantial liquid assets which had been vital in helping them withstand drought costs and reduced incomes.

Smaller farm businesses, which make up about half all broadacre farmers, prudently relied on a relatively high proportion of off-farm income and low debt to ensure they had adequate liquid assets to weather the tough years.

"Overall the sector looks to be in a good position to rebuild, but good seasonal conditions will play a major role," Mr Gooday said.

"Another poor year in the next two or three will make it very difficult for those just coming out of drought."

He also noted Australia's climate adjusted productivity, which had climbed for 15 years after 2000, had plateaued and fallen at the end of the past decade.

Farmers' terms of trade had also taken a dip at the same time.

"While we can expect production growth to continue, staying ahead of the pack will become increasingly difficult as others catch up with technical and management improvements and invest in improved infrastructure," he said.

"We need to be not just reinvigorating our farms and investing in research and development, but making sure the agricultural policy, regulatory and environmental environment is ready to allow us to make the most of innovation and opportunities as they emerge."

Farmers had to be ready to use more drones, or autonomous equipment and have arrangements to harvest more data on farms while their agribusiness supply chain partners also had to invest and innovate to meet tougher customer expectations.

The story Productivity leaps after big dry, yet farm incomes dip in most states first appeared on Farm Online.