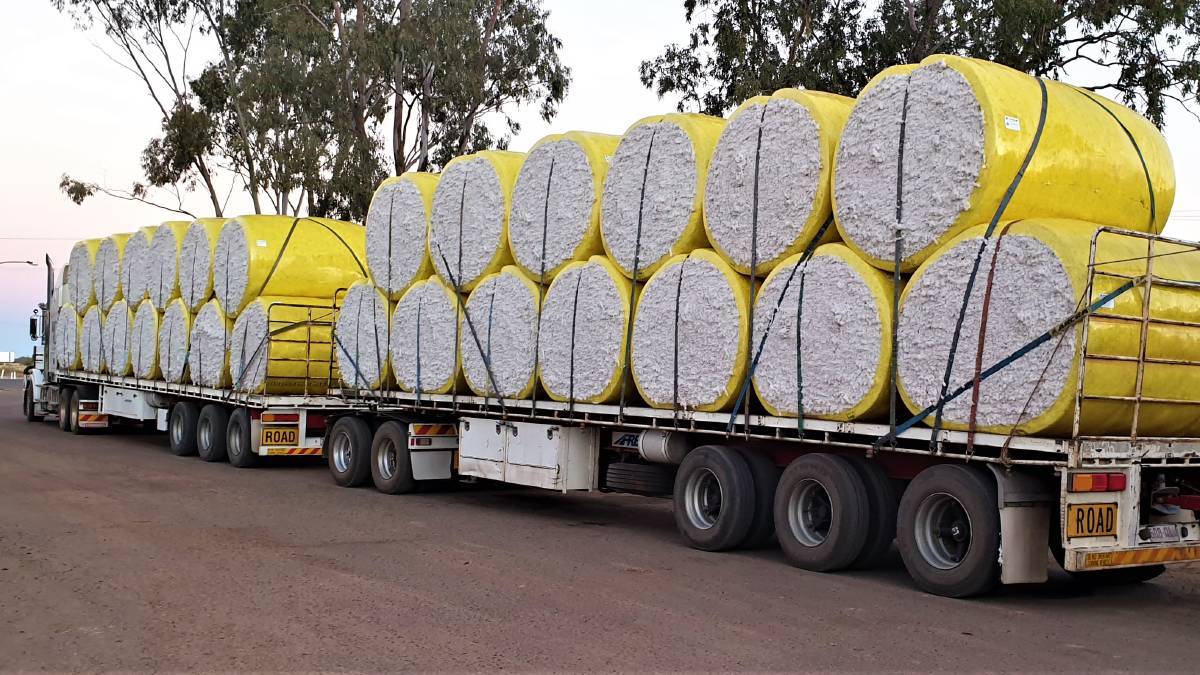 A cotton gin could be developed just 10 kilometres from the centre of Katherine amid a burgeoning industry claiming it will boost and diversify the economy and bring about jobs.

A cotton gin could be developed just 10 kilometres from the centre of Katherine amid a burgeoning industry claiming it will boost and diversify the economy and bring about jobs.

Following the first commercial dryland cotton trials in 2019 at Edith Springs Station, just 50km outside of Katherine, the industry is expanding, but it says a gin in the Northern Territory is imperative for progression.

Whispers of a gin in the region have long floated about - and has some residents of Katherine concerned the acceleration of the industry will threaten water and biodiversity.

Despite remaining relatively quiet on any proposed locations, chairman of the Cotton Gin Development Group, David Connolly says the selection has been narrowed to four sites between Katherine and Darwin and construction plans are well underway.

"One of the sites we are looking at is the NT Government proposed Agribusiness Hub on the Victoria Highway in Katherine," Mr Connolly said.

According to a 2018 NT Government assessment, the potential hub could require about 150 hectares of land near the intersection of the Katherine railway terminal and the Victoria Highway.

"We have identified four sites and we are working closely with the NT Government, [which is] supportive, and our own experts to decide on which site will be most suitable.

"We are doing our due diligence on all sites concurrently to determine the best place - there are hundreds of things that have to be taken into account.

"The site must be commercially viable and located in a place convenient to the industry."

Mr Connolly said that while the industry will not be requiring funding from the NT Government to establish the gin, the industry may be looking for support from the government for publicly funded infrastructure such as roads, power and water.

In January, in time for the monsoonal rains, fifteen hundred hectares of cotton were planted at Tipperary Station.

"The crops are going really well," Mr Connolly, who is also the general manager of the Tipperary Group, said.

"It is the third year we are growing, but the first year we've had really good rain.

"The past two years have been difficult because of the season, but we were able to prove we could grow the crops."

Community fears over water contamination and land clearing at the hands of the cotton industry culminated in an information session held in Katherine on Saturday.

Hosted by the Environment Centre of the NT, river campaigner and marine biologist Jason Fowler said the industry's scale of plans could see large swathes of land cleared for crops, and massive water licences taken out to maintain them through the long dry months, possibly depleting the Katherine river system.

However, Paul Burke, the chief executive of the NT Farmers Association, says the cotton industry will "abide by all environmental policies and controls like all other industries".

The chief executive said Glyphosate - the active ingredient in RoundUp - will be the primary herbicide used on NT cotton crops, and only small amounts of water will be "harvested for the crops" during flood events.

"80 per cent of cotton grown now and into the future will rely on this system of production.

"The dryland production system now uses irrigation water at any stage of production. This farming system has proven very successful. For the remaining 20 per cent of the cotton crop the average water used per hectare was 3.5 megaliters. This is a significant reduction in what was previously used in other growing districts."

The development of a fracking industry and the contamination of the Katherine's water supply with the toxic chemical PFAS, still leaking off the Tindal RAAF Base, has made Katherine very environmentally aware.

Key concerns surround water allocation, but Mr Burke said the cotton industry will only "harvest small amounts of water during flood events to store on farm in 'on farm storage solutions'."

"This represents an opportunity to get more water into the system without any detrimental environmental effects," he said.

"Just imagine taking one two per cent of the water that is currently running through the Katherine River and storing it on farm for use at a later date, this would be un-noticeable and a sensible use of a renewable resource."

He said that as the industry is expected to grow to 30,000 hectares over the next decade, any land clearing will be subject to "strict environmental controls" stipulated through the Department Of Environment and Resources.

"The cotton industry is being developed by many small Territory born and raised farming families on land that is already cleared and has been used for other crops," he said.

"The use of modern cotton has significantly reduced the chemical usage required to grow the crop. Through the use of science cotton uses more than 90 per cent less chemicals than two decades ago and is a crop that is not highly reliant on chemical inputs during the production period.

"Cotton is one of the lowest insecticide using crops in the NT, with regular monitoring of crops by trained agronomists adopting an Integrated Pest Management Approach."