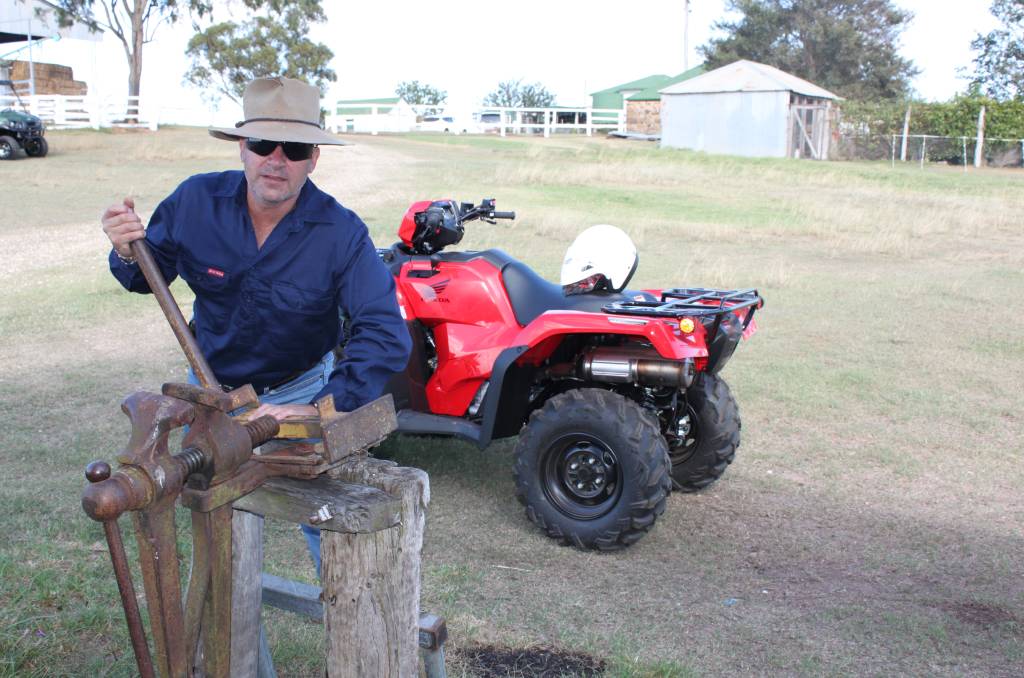 FARM WORKHORSE: Quad bikes have become a workhorse on many farms because of their relative affordability and their ability to handle boggy conditions and just about every kind of terrain

ACCC chairman Rod Sims has used a major speech to reinforce the commission's priority for the mandatory fitting of rollover protection devices on quad bikes.

The national consumer watchdog has clearly signalled its intentions to push ahead with the mandatory fitting of rollover devices on new quad bikes from this October.

Australian Competition and Consumer Commission chairman Rod Sims has listed the compulsory fitting of operator protection devices (OPDs) on quad bikes among the commission's priorities during this year.

The federal government's decision to accept a recommendation from the ACCC for the mandating of rollover protection on quads has caused a backlash from major overseas manufacturers with a number including Honda and Yamaha announcing their withdrawal from the Australian market.

They have rejected the view that rollover protection devices will reduce deaths and have instead argued the need for much more rider education, the compulsory wearing of safety equipment such as helmets and the banning of children from riding on adult-sized quads.

In his annual address to the Committee for Economic Development Australia (CEDA) Mr Sims said quad bikes had deficiencies in design which caused instability that created problems for even experienced riders. NO GOING BACK: ACCC chairman Rod Sims has firmly repeated the commission's view that rollover protection is needed on quad bikes in Australia.

"In 2020, 23 people died in quad bike accidents where deficiency in design leads to instability and creates hazards even for the most experienced operators," Mr Sims said.

"The government's first stage of new mandatory safety standard for quad bikes came into effect from October 11, 2020, and the important second stage will start from October, 2021.

"We are working closely with the States and Territories to conduct surveillance of compliance of Stage 1 obligations.

"As well we are conducting education and outreach activities to prepare suppliers for Stage 2 when obligations to improve safe design by fitting operation protection devices and improving lateral stability commence," Mr Sims said.

From October 11 last year all new and imported second-hand quad bikes sold in Australia have had to be tested for lateral static stability and the angle at which the machine tips onto two wheels and the result displayed on a hang tag at the point of sale.

As well a rollover warning label has to be fixed onto the bikes and rollover information must be included in the owner's manual.

The quad bikes must also be fitted with a spark arrester that conforms to the Australian or US standard and meet certain requirements of the US or European quad bike safety standards.

The ACCC has said most quad bike accidents involve a vehicle rollover which can result in victims dying from injuries associated with being crushed by the quad bike.

From October 11 this year new and second-hand imported general use quad bikes will have to be fitted with an operator protection device (OPD) and meet minimum stability requirements.

The story Rollover devices are a must for quads says ACCC boss first appeared on Farm Online.