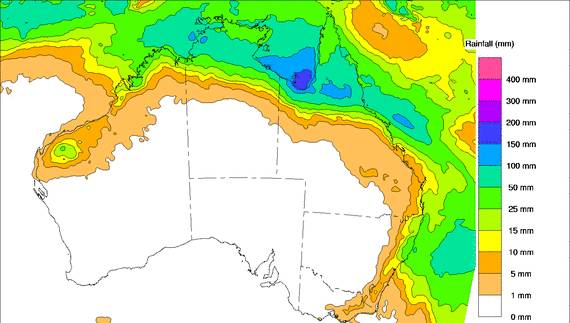 Rain is forecast over the northern tropical coast this weekend.

Heavy rain has lashed the northern tropical coast ahead of what is forecast to be a wet weekend.

HEAVY rain has lashed the northern tropical coast ahead of what is forecast to be a wet weekend.

Towns between Tully and Ingham have received the highest rainfall, with localised flooding reported in some areas.

In the 24 hours to 9am, Bulgun Creek inland from Tully received 216mm, while Tully itself got 199m.

Bureau of Meteorology meteorologist Rosa Hoff said more shower activity was expected throughout this evening and over the weekend.

"There is still a bit of rainfall on the forecast map, around the tropical coast it will begin steadily easing back though there is a good chance of showers inland," Ms Hoff said.

"Georgetown will continue to see 10-20mm in general the next few days and there will be a bit of an increase in the Gulf.

"That will be dependent on thunderstorms and storms coming through, there is the potential for severe storms in that area in the days to come."