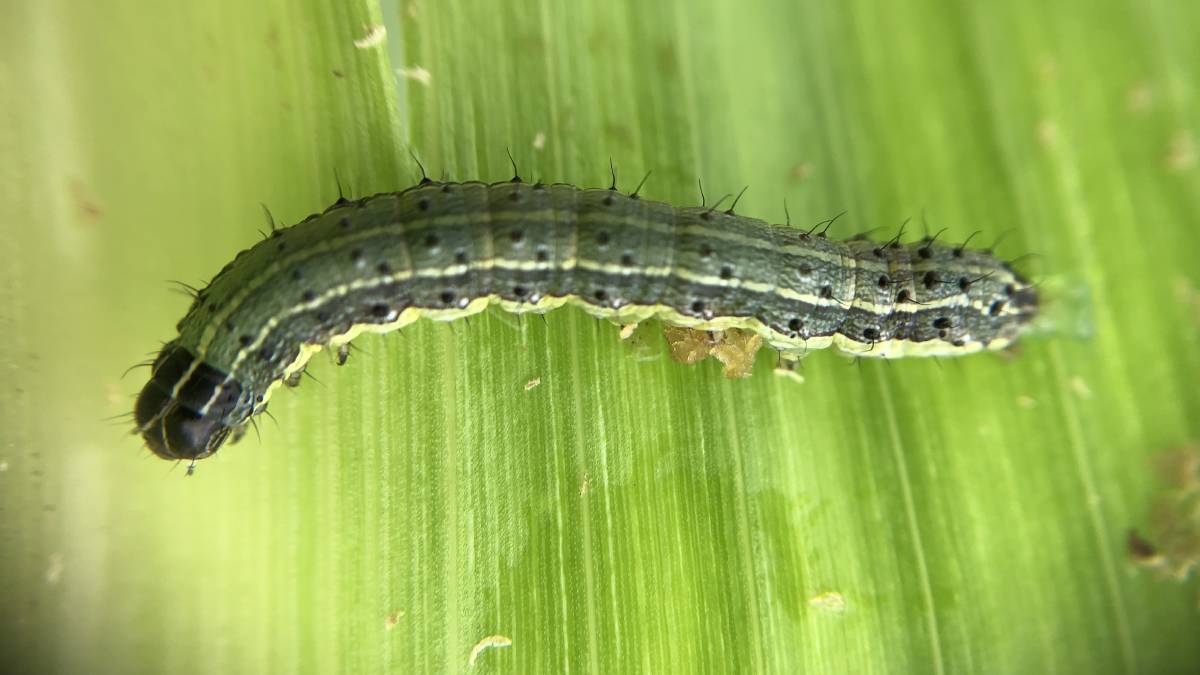 A biopesticide which contains a naturally occurring caterpillar virus will be imported to Queensland in a bid to tackle the invasive agricultural pest fall armyworm.

A BIOPESTICIDE which contains a naturally occurring caterpillar virus will be imported to Queensland in a bid to tackle the invasive agricultural pest fall armyworm.

Queensland's Department of Agriculture and Fisheries has received approval to import Fawligen to start working on management packages for impacted industries.

The highly mobile pest was first detected in Australia on two Torres Strait islands in January, before reaching the mainland at Bamaga in February.

It has still spread throughout Queensland, the Northern Territory, Western Australia and south to northern New South Wales.

The exotic pest has the potential to wipe out agricultural crops, and at the larval stage feeds on more than 350 plant species including cultivated grasses such as maize, rice, sorghum, sugarcane and wheat, as well as fruit and vegetable and cotton crops.

Argiculture Minister Mark Furner said DAF first applied in March to bring Fawligen, which is produced in the US by Australian company AgBiTech, into Australia.

"Getting DAWE's approval to import Fawligen, a naturally occurring caterpillar virus which targets fall armyworm, is a key step forward as it has the potential to be a game changer for producers," Mr Furner said.

He said the biopesticide worked by targeting the fall armyworm caterpillar, which injested the virus particles, becomes infected and dies.

It also spreads to the virus to other fall armyworm larvae in the crop.

Mr Furner said having access to Fawligen would allow DAF researchers to immediately commence small scale work with AgBiTech to assess its performance on fall armyworm populations, under local conditions and in various crops.

"This will generate information for an Australian Pesticides and Veterinary Authority regulatory submission," Mr Furner said.

Mr Furner said another significant advantage of this biopesticide was that it only kills the fall armyworm and is non-toxic to honeybees, spiders, wasps and ladybeetles.

AgBiTech's Australia general manager Philip Armytage said the company had established a production facility in the US to manufacture Fawligen for Brazil and other global markets in 2015.

"At the time, Fawligen could not be produced in Australia as the fall armyworm was not present," Mr Armytage said.

"Globally, Fawligen is AgBiTech's biggest product by volume, and we are excited to be able to bring our technology back home to Australia for our farmers.

"We will accelerate the project, working closely with DAF and use all our international experience to support the commencement of the registration work as soon as possible."

Mr Furner said growers should remain vigilant for the presence of fall armyworm and check for the latest insecticide permits.