International arrivals in Queensland could be sent to the regions for COVID quarantine to get them out of the CBD.

INTERNATIONAL arrivals in Queensland could be sent to the regions for COVID quarantine to get them out of the CBD. 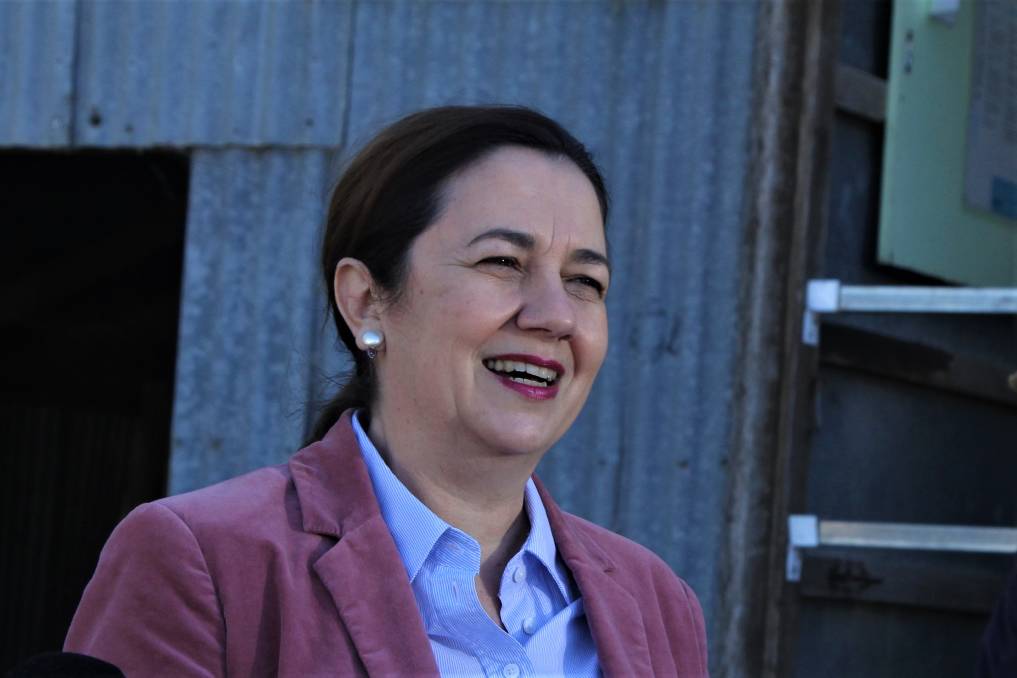 It comes after a cleaner at the Hotel Grand Chancellor in Brisbane's CBD tested positive to a highly contagious UK strain of COVID-19, leading to a hard three day lockdown of the city.

The hotel has now been associated with six cases and yesterday the remaining 129 guests were evacuated to a different facility where they will be forced to undertake a further 14 days quarantine.

Police are investigating how the virus spread through the hotel.

Ms Palaszczuk today said the government was considering quarantine arrangements in the future and suggested Queensland mining camps could be used, as has been done at Howard Springs in the Northern Territory.

"We are going to look at all options and one of those options is to look at some of the mining camps that we have in Queensland," Ms Palaszczuk said.

"Some of these mining camps are four star, they are of a very good quality high standard.

"My understanding is most of them the ones we are looking at have balconies so they are sort of fresh air for guests.

"There's also the capacity for all the staff, the cleaners and everyone to also be based on those sites as well."

Ms Palaszczuk said she would send Chief Health Officer Jeannette Young, the health minister and police commissioner to investigate potential sites and said she would put the idea forward to the federal government.

"I think with this new strain we have to put all options on the table and these are sensible, rational options.

"We are looking at alternative plans to hotel quarantine that is based right in the midst of CBD where you have a whole lot of staff that come in from all around and you have people flying in and out of airports, I think this is a rational option and if we are dealing with a strain which is up to 70 per cent more infections I think we need to be really serious about it and something we need to give very careful consideration."

But Burdekin MP Dale Last, whose vast electorate takes in the mining towns of Collinsville, Dysart, Moranbah and Clermont, hit back at the plan.

Mr Last was in the coal-mining town of Collinsville this morning where he had already been bailed up on the street.

"There will be a lot of pushback from mining communities if the Premier goes down that pathway.

"The mining sector is what is keeping this state afloat at the present time and we shouldn't be putting that at risk.

"We don't have the resources in a lot of mining communities and we've gone through this whole period without a COVID case in some of these communities, the last thing we want is to introduce this particular UK into these communities.

"A lot of residents in mining communities expressed concern already to me of the potential impact it could have if we were to inadvertently introduce COVID to these communities.

"Our health resources in a lot of mining towns are stretched to the limit now without placing extra burden on them."