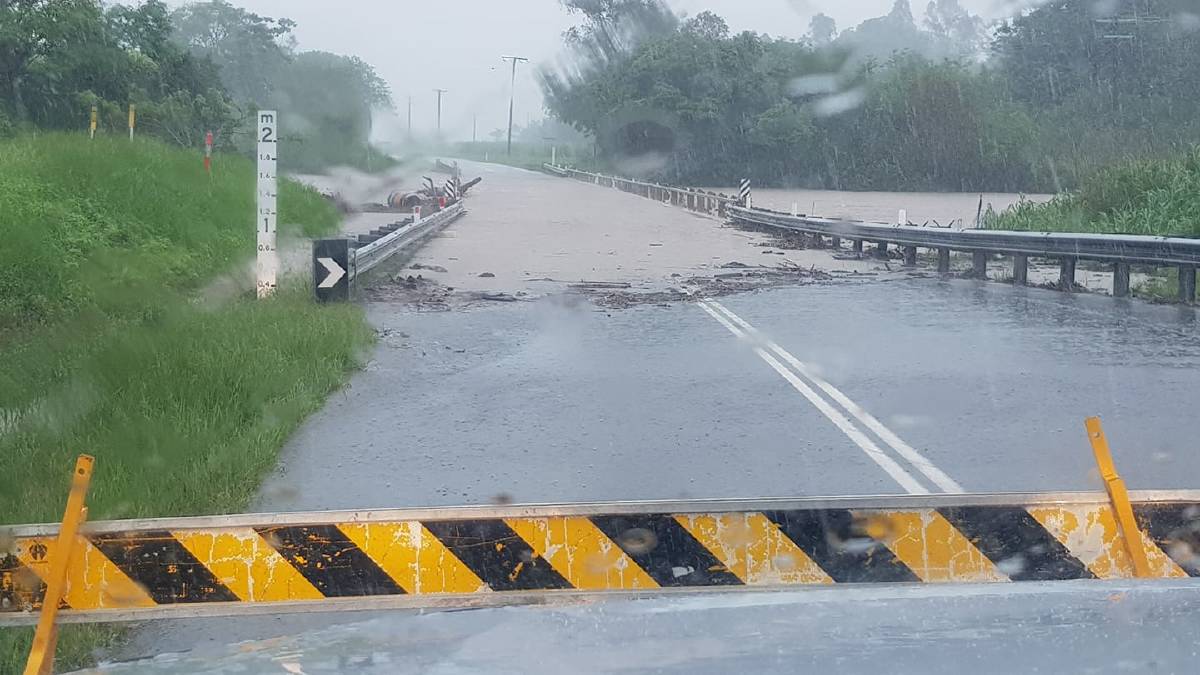 The big wet has arrived in earnest with producers saying the weather patterns resembled a more traditional wet season, not seen in years.

The first cyclone of the season crossed the coast near Karumba on January 3, delivering widespread rain across the Gulf before making it to the North Queensland coast.

Bureau of Meteorology meteorologist James Thompson said wet weather would continue in the north this week.

He said the heaviest falls were recorded around the north tropical coast between Innisfail and Ingham this week, with flood warnings issued for the Lower Herbert, Tully and Murray rivers.

The highest total to 9am on Tuesday was 247mm at Euramo, Tully received 209mm, Upper Murray got 206mm and Cardwell got 195mm.

Moderate totals were recorded in storms out west with Pentland receiving 43mm to 9am Tuesday and Charters Towers 22mm.

Isolated showers were expected in areas of north west Queensland around Hughenden, Richmond and Mount Isa.

"There's been a pretty slow moving trough in the area over the last few days and for the next couple of days leading to some heavier totals," Mr Thompson said.

"South-easterly winds have pushed that warm, moist air on to the coast leading to persistent showers around Tully."

Mr Thompson said heavy falls were likely to continue into Wednesday, with the focus shifting north in coming days.

He said conditions would fine up toward the end of the week, with heatwave conditions forecast from Friday and into the weekend in the central west.