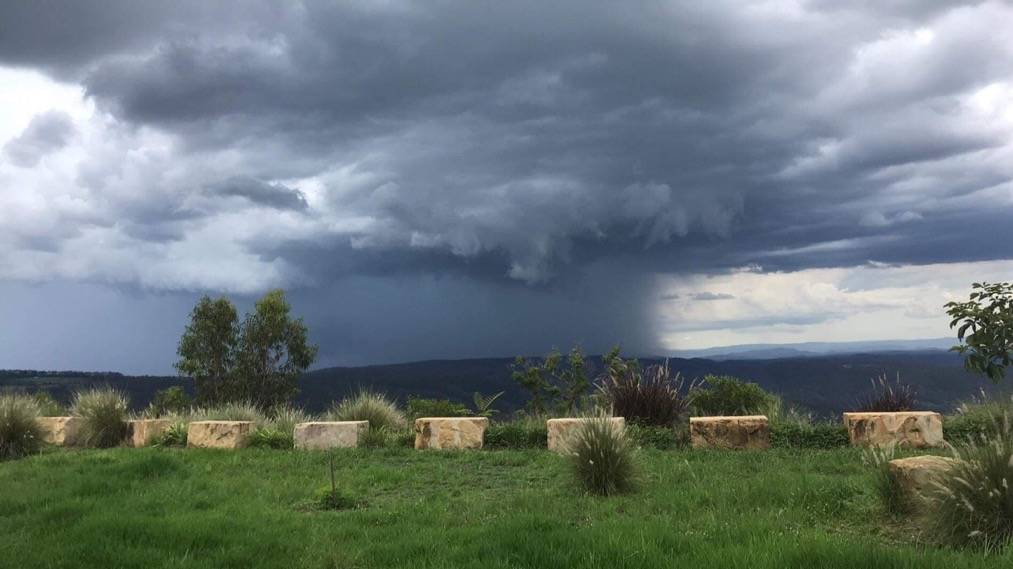 Rainfall more akin to some of the totals being posted in Queensland's north was experienced around Toowoomba on Wednesday afternoon.

Rainfall more akin to some of the totals being posted in Queensland's north was experienced around Toowoomba on Wednesday afternoon.

In what Bureau of Meteorology forecaster Livio Regano described as "a huge wall of storms" from the Carnarvon Ranges to the Darling Downs and Ipswich, falls such as 112mm at Amberley were recorded.

Most of that fell in three hours between 6 and 9pm, he said.

"It rained under that (wall) for hours, and really quickly.

"Toowoomba had good falls, the Darling Downs or eastern Downs, there was lots in the 50-80mm range, they will be pretty happy with that."

One of the biggest falls reported to the Who Got the Rain Facebook page was 229mm at Cressbrook Creek, 40km north of Toowoomba, by Pamela Latemore Robson.

In her congratulatory message, Kumbia's Beck Cross commented that this was equivalent to her entire 2019 rainfall.

Plenty of Highfields residents were excited to share good rain news, such as Winston Lobegeier, who said on Thursday morning he'd tipped 15mm out of his gauge to add to the 75mm received the day before.

That came on top of his December 15 post, when he said he'd recorded a total of 73mm in a system then.

"Still overcast so expecting some more today," he added.

Ros Allen jested that she could hear the grass growing at Woolmer, between Highfields and Meringandan after 102mm fell, while Tim Ford said they'd had 100mm for the day at Highfields.

"Massive fall for us," he said. 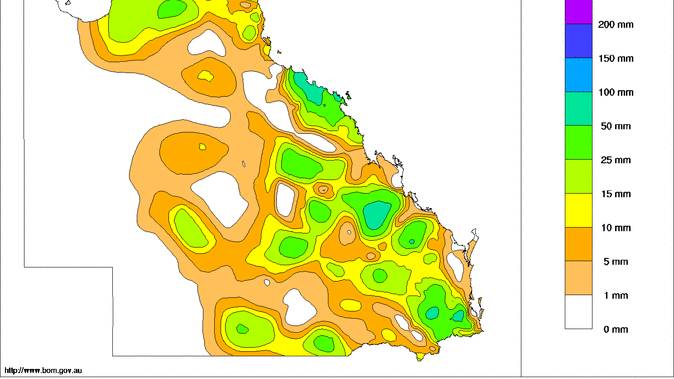 Communities on the Darling Downs and west of Brisbane were in one of the storm hotspots in Queensland on Wednesday.

"This rain is amazing," she told QCL. "There was rain a couple of weeks ago that greened everything but we missed out on the earlier stuff."

A neighbour growing proteas had just planted 600 trees and had his dam filled by the most recent rain, she said.

Ms Jenner commented that the rain was still patchy, saying she believed there hadn't been a lot around Cooyar.

Similarly, Jude McGovern-Paul reported a 4mm fall on the western side of the highway at Ballandean, south of Stanthorpe, commenting that it was better to have some rain than none.

Toowoomba residents entered a friendly spirit of competition after Colin Maynard posted news of a noisy storm on Wednesday afternoon followed by overnight drizzle at Middle Ridge, yielding 27mm, and 62mm for the year.

"The competition is on," announced Jan Turner, saying she'd had 89.5mm on Toowoomba's south east escarpment since the start of the year.

According to the BoM forecast, as well as the coastal trough associated with the remnants of TC Imogen that was expected to deepen over the weekend and remain near the Capricornia and Central Coast forecast districts, another trough lay over southern Queensland.

Extending offshore, it was predicted to continue to move northwards along the coast over the next few days.

The forecast said there was a very high (90pc) chance of showers as well as more thunderstorms, on Thursday.