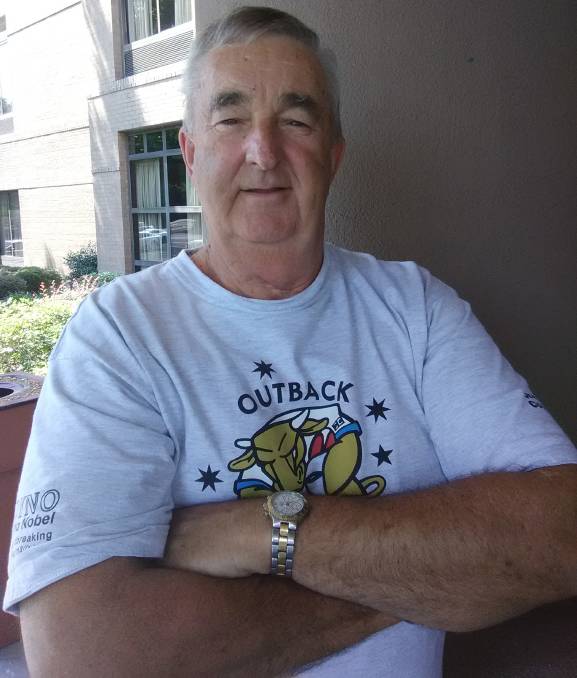 QUEENSLAND has lost one of a real champions, following the death of country rugby union identity Geoff Barton OAM.

Mr Barton, 72, was the driving force behind the Queensland Outback Barbarians Rugby Union Club, which enabled talented country rugby union players from the across the state to play on the international stage.

The former senior detective inspector also served as a selector for Queensland Country for 12 years and was a instrumental in the restructuring rugby union of Rockhampton in the 1990s.

He was also the manager of the Rockhampton Brahmans representative side for 10 years in the 1990s.

Despite best efforts, Mr Barton died after he suffered a heart attack at his home in Bargara on New Year's Day.

Cameron Moore, McKinlay: "Barto, you will be sorely missed in the country rugby community. Thanks for the opportunities you provided to so many including myself with many great memories. RIP."

Thomas Beattie, Sunshine Coast: "A gentleman of the game with so much passion for country rugby. Was a pleasure to be involved with the Bah Bahs, and your legacy will forever live on within the team."

Sam Lane, Mackay: "Very, very sad. Barto was a great bloke and a fantastic tour operator. A very sad day for rugby in Queensland and the world."

Cody Saltmere, Mount Isa: "Thank you for the opportunities that these tours gave me. Made friends with a lot of handy players and the fun times that came with it.

Elvis Jensen, Toowoomba: "RIP Barto you legend. You will be missed."

Sam Tweedy, Goondiwindi: "Some of my best memories come from the 12 and 14 tours of the States.

Mr Barton was recognised in the 2018 Queen's Birthday honours for his services to rugby, when he received an Order of Australia Medal. At that time Mr Barton said he was motivated to ensure talented players from the bush were had the opportunity to experience what rugby had to offer.

"What really inspires me is seeing young blokes coming from the bush and lifting their playing skills to a whole new level," he said when he received his award. "Every town or city we go to everyone involved in rugby instantly has at least 15 new friends. That's just the nature of rugby."

The Outback Barbarians have a remarkable record on the field. The team has lost only four of more than 60 games played across North America since 2008.

The team is scheduled to tour Ireland in September.

A funeral for Mr Barton is being held in the Des Allen Chapel in Bundaberg at 2.30pm on Thursday. The service will be followed by memorial drinks at the Bargara Beach Hotel from 4.30pm.