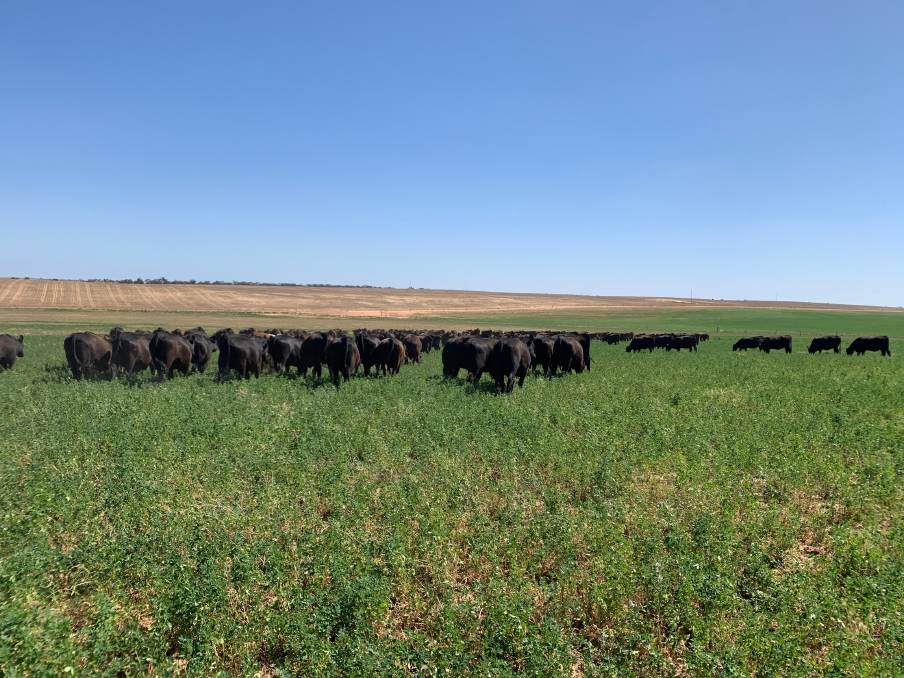 Bucking the trend for irrigation use is paying-off for this SA farming family.

South Australia's Dabinett family is shifting away from irrigated horticultural enterprises to using this valuable water infrastructure to underpin livestock and broadacre cropping systems in the Mallee region.

Diversification has been an integral part of their mixed farming philosophy as they have strategically aggregated 7500 hectares of owned and leased dryland and irrigated properties in the area for production of cattle, sheep, potatoes, winter grains, summer crops, legume pastures, oilseeds and hay.

Most growers around the Parilla area, where the Dabinett's Longtrail Farms is located, are using irrigation for horticulture.

The Dabinetts started down this path in the late 1990s, investing in irrigation infrastructure for potatoes to complement their grain and livestock operation.

But in the past five years, there has been a change in the family's strategy to improve productivity by converting watered area to livestock - and specifically to expand the cattle side of the business. 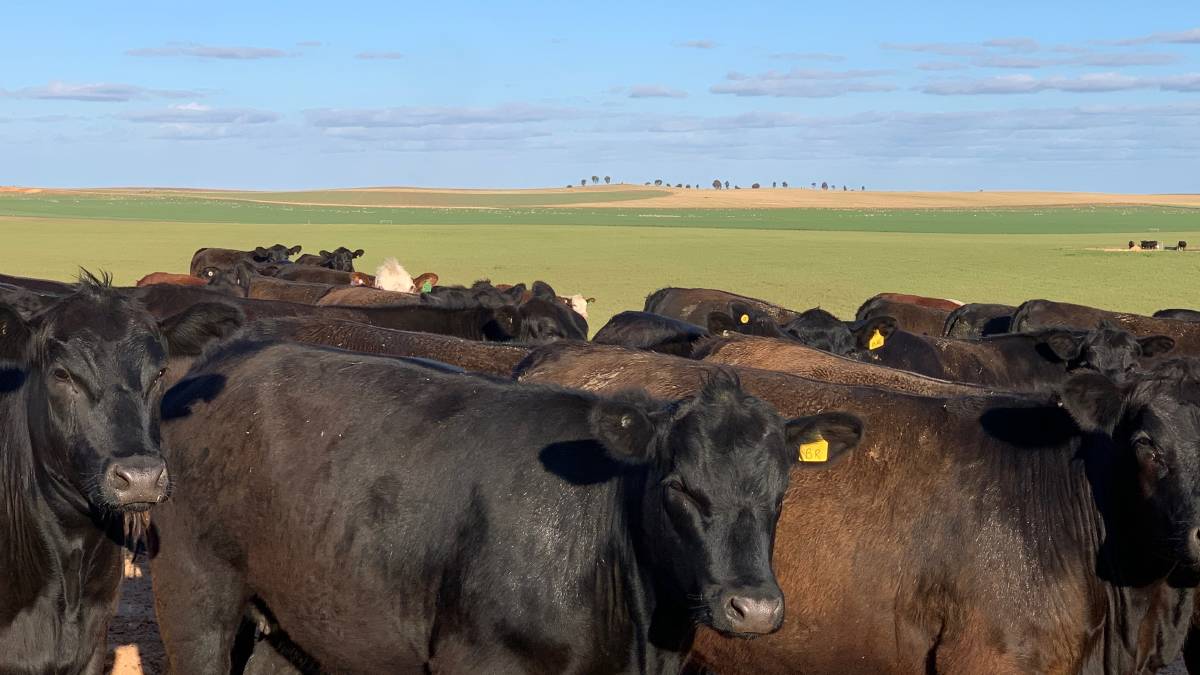 The fourth generation of Wade, his wife Hannah, brother Nick and sister-in-law Emma - together with their parents Russell and Leanne - are now actively in the process of developing a cattle trading system for mated heifers and steers.

This is predominantly based on using the region's popular Angus breed.

With capacity to irrigate 2000ha, the Dabinetts are actively using 200ha for cattle that was previously dedicated to potatoes. 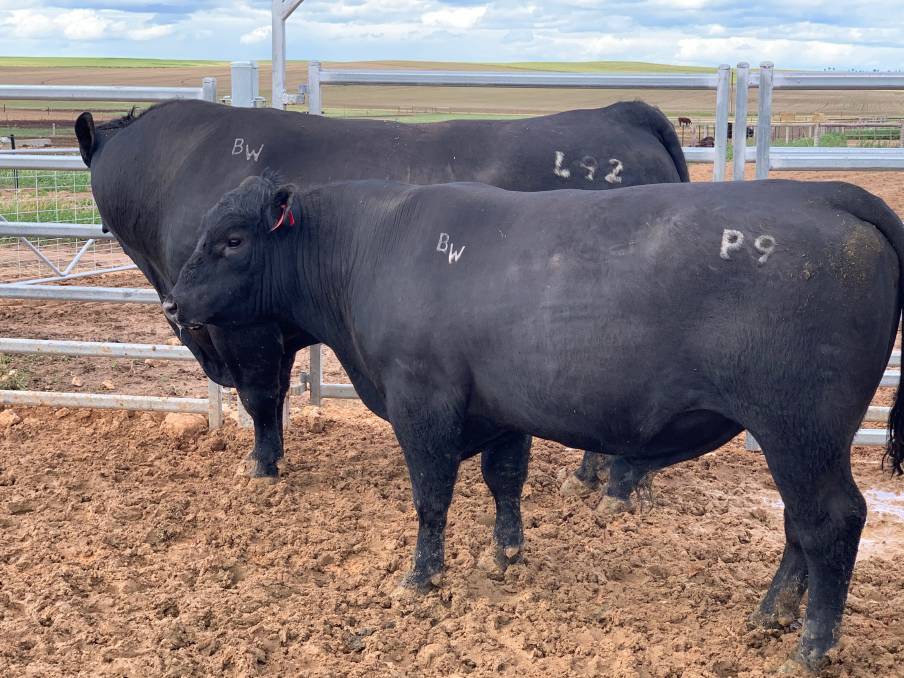 Wade Dabinett said they had also established containment areas for finishing up to 1000 head of cattle to complement a self-replacing sheep breeding enterprise comprising 6000 ewes.

He said the evolving cattle side of the business was based on feeding stock on irrigated lucerne and then finishing them in the dedicated containment areas using hay and grain produced on the farm.

"The overall idea is to maximise the amount of feed we have at any time during the year - in terms of irrigated and dryland pastures, hay stocks and feed grain - and then optimise the number of stock to match the feed base," he said.

"This means we are buying and selling all the time, depending on the time of year and seasonal conditions."

The Dabinetts are developing a solid base of regular cattle suppliers, mostly from southern and western parts of Victoria and South Australia, who they know use good genetics so that the stock perform in the finishing phase.

A new focus is to mate externally-sourced female weaners and young heifers to Angus bulls that they regularly buy from the SA-based Bull Oak Well stud and then sell these in-calf about 12-18 months later.

"Our relationship with Heath and Amanda Nickolls at Bull Oak Well stud is vital to be able to on-sell the heifers with confidence that we know the customers will not have issues with calving and that the genetics are well sought after," Mr Dabinett said.

He said the heifers and weaners are typically sourced in November and December, fed until joining and then run on irrigated and dryland pastures before being sold at mated female sales.

"The market for mated heifers is exceptional at present," Mr Dabinett said.

"This is being driven by a huge demand for quality breeding stock, backed-up by strong industry confidence in markets holding-up right along the east coast.

"It is not an easy system to manage, but it is a high-value product.

"We have to be very mindful when buying-in females in such a high-priced market that we will get a return at the other end.

"This is totally dependent on careful and considered selection with assistance from our agents Spence Dix & Co.

"Without Craig Escott and the team's knowledge, network and support this enterprise in our business would not exist.

"We need well-bred animals and we find Angus genetics are the most popular with buyers."

The family is also continually buying-in steers and other classes and ages of stock with an Angus background.

"We just find the Angus cattle do well and meet the requirements of our customers, which include feedlotters, processors and direct supply to other graziers," Mr Dabinett said.

"We can be holding and feeding for a long period, or turning them over quickly.

"It just depends on what feed we have and the market conditions- as well as demand from feedlotters and other finishers.

"We are building-up a great database of suppliers who we know are going to deliver the quality stock we are seeking." 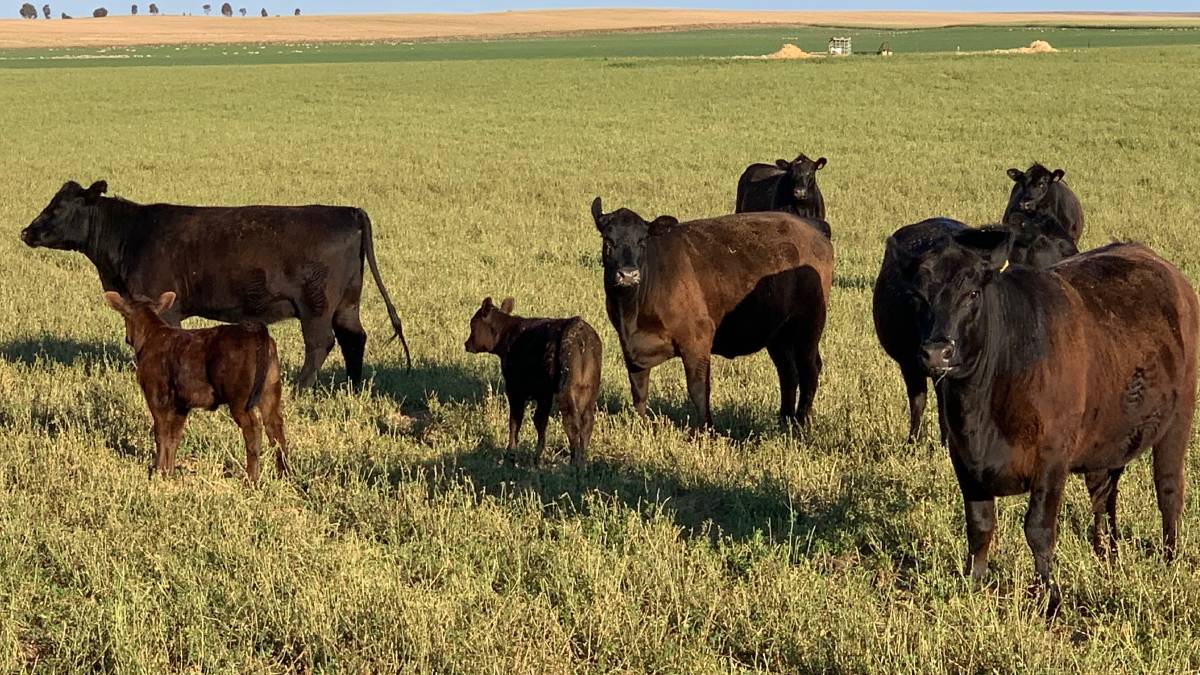 When buying-in steers, the Dabinetts will typically background them on irrigated or dryland pasture and finish on grain and hay for the final 90-odd days before on-selling.

All rotations, entry and exit points are determined by regular weighing and assessment of feed availability and quality.

"Because we are weighing the stock all the time, we soon get to know which cattle are performing and where these come from," Mr Dabinett said.

"Our whole trading system relies on using stock that will deliver in a short period and get to an optimal saleable product for our downstream customers.

"Then the feeding regime depends on the time of the year and what the paddocks have on offer.

"We have also used waste potatoes as a feed, further value-adding to this resource that has used precious irrigated water supply."

The Dabinetts have been concentrating on growing the most productive lucerne varieties under pivots for cattle fodder, but are considering trials of summer sorghum and species mixes to get the best outcomes in winter and summer

Their marketing strategy is very much about being flexible and responsive to conditions - both pricing and environmental.

With a staff of more than 10 full-time employee equivalents and the fifth generation of farmers lining-up behind them, the Dabinett brothers and their parents are committed to continuing to refine their system and manage risks by having a diversification approach.