A government investment has seen an upgrade to a supercomputer cluster in Perth that will allow valuable ag research to go ahead. 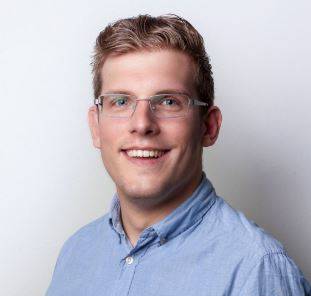 Philipp Bayer, University of Western Australia Forrest Fellow and bioinformatics researchers, says a new supercomputer cluster will be a boon for agricultural researchers.

AGRICULTURAL researchers will be among the beneficiaries of an upgrade at the Pawsey Supercomputing Centre in Perth.

Pawsey recently announced the purchase of a new supercomputer, in the centre's biggest upgrade since opening in 2009, funded by a government grant.

The new supercomputer will deliver up to 50 petaFLOPs, or 30 times more compute power than its predecessor.

While the technicalities are better appreciated by tech boffins, the upshot for the agricultural community is better and faster genomic sequencing, critical in breeding new varieties.

But the computer's benefit to agriculture does not stop there.

It will also be utilised to develop AI-enabled ways to help farmers reduce herbicide use.

The new supercomputer is part of Pawsey's Capital Refresh Program, delivered under a $70 million grant from the Australian Government in 2018 to upgrade its supercomputing infrastructure.

Philipp Bayer, bioinformatics researcher at the University of Western Australia, said the supercomputer would be a massive time-saver when sequencing.

"What used to take up to six months will now be possible in four weeks," Dr Bayer said.

He said he saw the biggest possibilities in the canola and wheat spaces.

"Wheat has a massive genome so it is a time-consuming affair," he said.

He said the technology would allow researchers to look at novel germplasm from gene banks, such as wild relatives, for useful material such as drought or disease tolerance.

"We can look at genes and alleles and see if there is anything useful there," he said.

He said the processing power of the supercomputer, which can handle 800 graphic processing units (GPU) helped with the data-dense work, compared to 64GPU previously.

There are also massive energy savings.

He said the major benefit would be making this kind of technology relatively accessible to ag researchers.

"It is still expensive but this makes it much more accessible," Dr Bayer said.

The story Supercomputer to speed up sequencing first appeared on Farm Online.