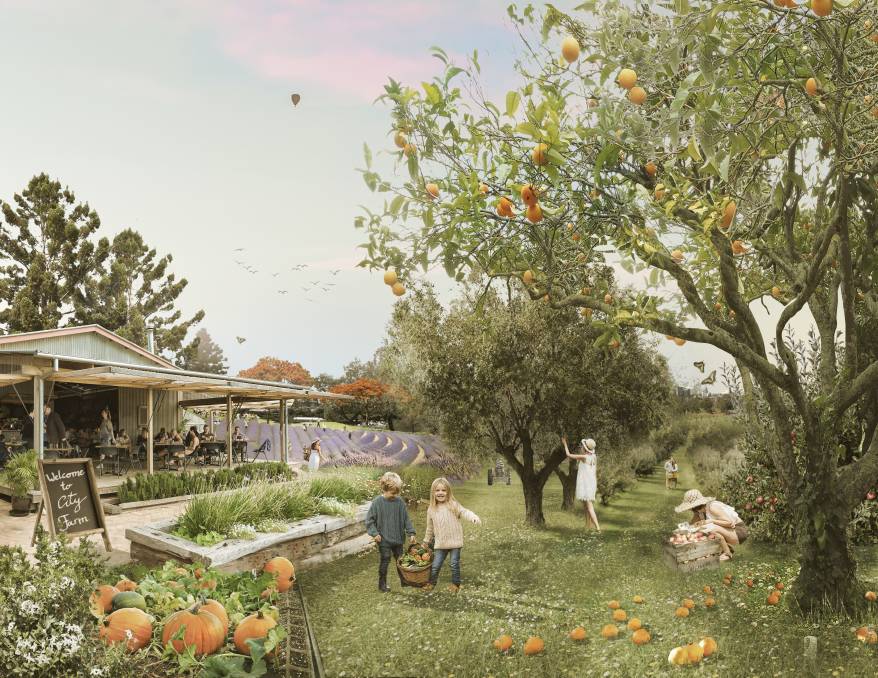 IDEA: An artist's concept of what an urban farm could look like within Brisbane.

Residential developments should include spaces for food production, a Qld firms says.

THE "urban farm" continues to grow in popularity and necessity on the back of concern over food shortages.

That's according to a design consultancy firm which is calling for developers to turn unused land into fruit and vegetable production spaces, in the hopes of incorporating localised food systems into communities.

Urban design and planning business, Hatch RobertsDay has backed one of its Queensland-based senior urban designers, Catherine Simpson, to see what can be done in the space.

RobertsDay contributed to the Brisbane Food City initiative during its early stages.

The idea reimagines Brisbane as a sustainable, localised food system, bringing food production to 190 Brisbane suburbs through farms and hubs by 2050.

Ms Simpson's expertise, along with Brisbane Food City's project vision, prompted the firm to engage with developers to create urban farms throughout the city.

"It is common for developments to have 'undevelopable land' that is often leftover from a project," Ms Simpson said.

"This can include land that is flood prone, situated close to powerlines, near creeks, adjacent roads, or on easements."

"While you cannot build on this type of land, developers and councils could use this to provide the community with gardens and other green spaces.

Hatch RobertsDay has introduced urban agriculture into a number of current projects and masterplans around the city and further afield including Yarabilba Town Centre and the Flinders development .

"We have also successfully advocated for an urban farm in the new Victoria Park project by Brisbane City Council," Ms Simpson said. 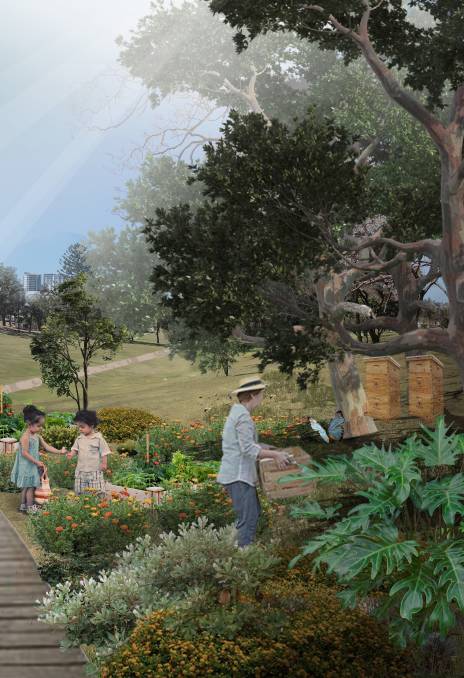 "We would love to see more developers get involved in transforming undevelopable land into localised food systems."

"We also hope to liaise with landowners about turning their private land into urban farms throughout Brisbane."

Ms Simpson said the farms and hubs would not only make use of undeveloped and underutilised land but help promote self-sufficiency, food security, and a greater sense of community.

The urban farms will vary in size, from 100-3000 sq m, and include garden patches and small workshop spaces.

The farms will feature a variety of fruit trees, vegetable patches, flowering plants, and herbs.

Workshops will also be a key aspect, making use of existing spaces, such as sheds, to hold cooking, floristry and gardening classes for the community.

"Urban farms and food hubs promote a localised food system that is not only sustainable but powered by and for the people, fostering a sense of community and encouraging Australians to be more self-sufficient, healthy, and empowered food citizens," Ms Simpson said.