Queenslanders have one last chance to cast their vote to decide who will form government with polling booths open around the state for the official election day. 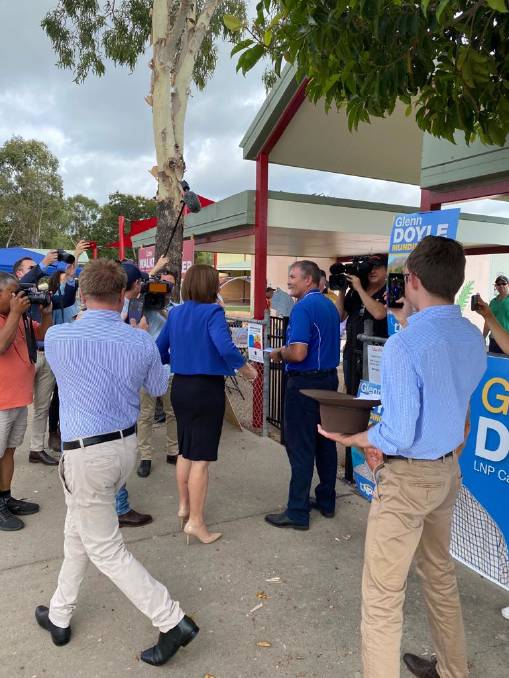 LNP Leader Deb Frecklington is in Townsville this morning.

QUEENSLANDERS have one last chance to cast their vote to decide who will form government with polling booths open around the state for the official election day.

LNP Leader Deb Frecklington made an unprecedented fly-in visit to Townsville this morning, in a bid to sure-up votes in the key marginal seats.

But with record numbers of pre-poll votes cast, and a huge number applying for postal votes, only around one third of Queensland's 3.3 million voters are yet to fill out their ballot.

Yesterday alone, more than 99,000 electors chose to get in early ahead of election day.

Another 900,000 postal votes had been issued, and just over half of them had already been returned to the ECQ yesterday.

To be included in the count, postal votes must be returned to the ECQ by November 10.

The ECQ is advising people who have not received their postal vote, or are concerned they may not be able to return it in time, to attend a polling station and vote today.

However, residents who live more than 20km away from a polling booth are able to vote via telephone.

And telephone voting has also proved popular, with 12,000 people having cast their vote by Friday of the 14,000 registered.

Polling booths will close at 6pm tonight, and ECQ officials will conduct the unofficial preliminary count.

This will include counting all election day polling booth votes, early votes that are available to count, postal votes returned and scrutinised before 6pm today and all votes taken during early voting and today at Brisbane City Hall.

Queensland Country Life and the North Queensland Register will provide rolling updates of key electorates around the state as the count gets under way from 6pm.