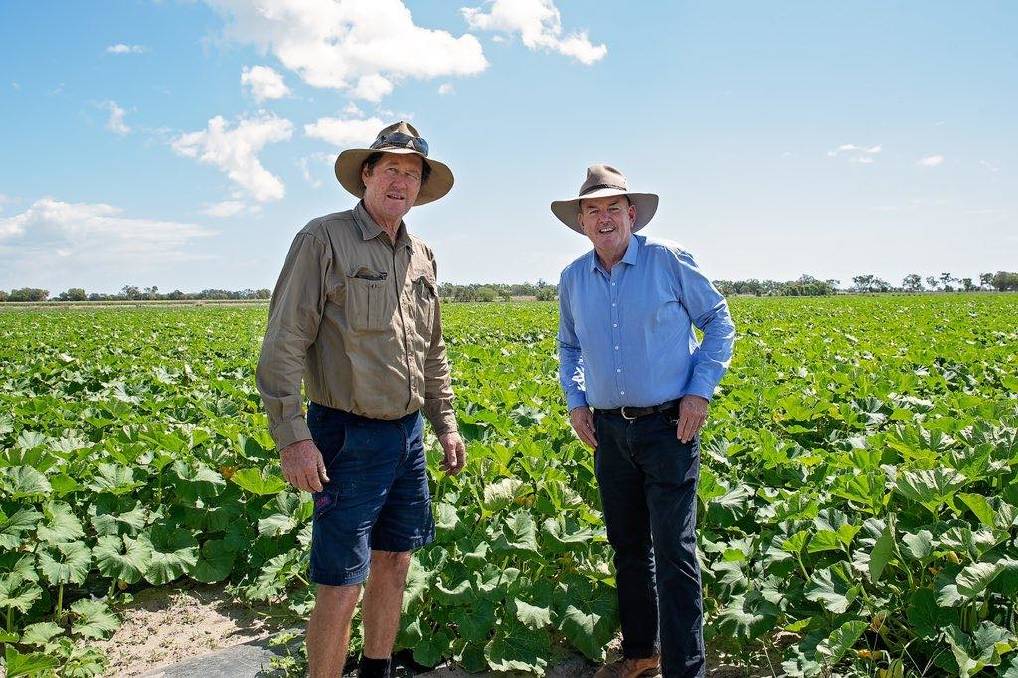 Water costs will be slashed for thousands of Queensland irrigators regardless of who wins the October 31 state election.

WATER costs will be slashed for thousands of Queensland irrigators regardless of who wins the October 31 state election.

Premier Annastacia Palaszczuk today said a re-elected Labor government would slash irrigation water costs by up to 50 per cent, with fruit and vegetable growers the major winners.

Under Labor's plan, 6400 farmers who buy water from Queensland's 35 state-owned irrigation schemes would have their charges cut by 15 per cent, including broad-scale crops like sugar cane.

But the horticulture sector would be the biggest winners, with costs cut in half for fruit and vegetable growers, in a bid to grow jobs in the sector.

The announcement comes after LNP Leader Deb Frecklington announced in July her plan to slash water prices for farmers by almost 20 per cent a year from July 1, 2021 by changing the underlying fundamentals of the water pricing system.

Katter's Australian Party has also supported calls for irrigation water costs to be reduced by up to 25 per cent.

"Agriculture is one of Queensland's traditional economic strengths, and our farm businesses will help underpin our economic recovery," Ms Palaszczuk said.

"By investing $27 million into Queensland irrigation schemes over three years, will deliver a 15 per cent reduction in water bills for all irrigators.

"Another $23 million will deliver half-price water for fruit and veg growers, helping to stimulate jobs in this labour intensive sector."

Canegrowers CEO Dan Galligan welcomed the 15 per cent price reduction, saying it had the potential to save growers up to $15,000 a year.

However, he queried the two-tier approach.

"There are many Canegrowers members who grow both sugarcane and a vegetable crop pumping water for both from the same source and through the same infrastructure," Mr Galligan said.

"We've never been in a situation before where the destination paddock has dictated the water price."

"We welcome the acknowledgement by both of the major parties that water is a critical but costly input for the future of agriculture in Queensland and that lower prices are needed," he said.

"Both commitments approach the long-held position of Canegrowers that water prices need to come down by 20 per cent.

"We look forward to these being worked through in consultation with industry and whomever forms government next week."

"Regardless of the election result, there are now commitments to reduce water charges across the political spectrum.

"The resulting boost in cane productivity will translate into an increase in sugar, molasses and renewable power generation that will immediately improve mill viability and support regional jobs."

"Any respite from fees and charges helps your bottom line and it also does assist growers in possibly increasing their production because they can afford more water if it's available."