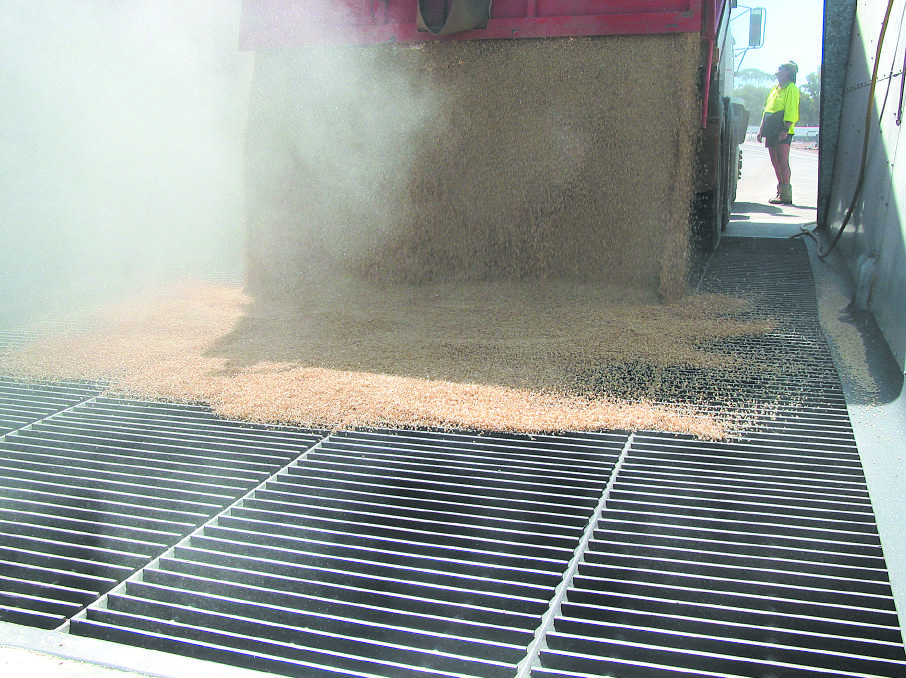 As harvest rolls-on across the nation, global markets are holding firm.

World wheat markets have been on fire during the last month, and the rally continued last week amid robust global demand and continued weather issues in key producing regions across the globe.

End of trade on Friday signaled the fourth consecutive higher weekly close on all three US wheat bourses of Chicago, Kansas and Minneapolis.

And for both Chicago and Kansas, it was the highest close in more than five years.

Importers have been blind-sided by the strength and length of the rally.

They came into the northern hemisphere harvest with minimal cover and played a waiting game, thinking that the harvest pressure would push prices lower.

The price surge has forced their hand, bringing them to the table in droves for fear the run will continue.

Thursday's tender announcement by Egypt's General Authority for Supply Commodities (GASC) came as no surprise to the market, as it was almost a month since its previous purchase.

In that tender, GASC secured seven Russian cargoes for late November shipment at an average price of US$256.44 per tonne, including cost and freight (C&F).

It was widely expected that prices would be at least US$20/t higher than last month's price and - despite plenty of offers - GASC was clearly not enthralled by the numbers.

When the tender result was announced on Friday, Egypt had booked just three 55,000 tonne cargoes at an average price of US$278.54/t - which was US$22.10/t higher than the average September purchase price.

GASC will no longer charge sellers of imported wheat any fees for cleaning and fumigation if dead insects are detected in their cargoes during the sieving process at discharge.

The winter wheat area is said to be 93 per cent planted.

This is purportedly the driest planting season experienced in Russia in the past 40 years.

Local analysts are quoting the analogue year of 1994, which saw planting fall by 12 per cent - but off a much smaller potential area than we have in 2020.

Some meteorologists are estimating that up to 15 per cent of the forecast winter wheat area will not be able to be sown.

The continued dryness in Russia is fueling concerns about crop emergence and development ahead of winter dormancy.

Good falls of rain have arrived in some regions, but much more is needed.

In other areas, the soils are parched and germination of the dry sown crops will require rain as soon as possible - as soil temperatures are falling quickly.

Conditions are so bad that farmers in some regions are reportedly using rollers to compact the soil around the planted seeds to stop them being blown away and to assist germination once the rains finally arrive.

Historically this procedure had been common practice, but when soil moisture is plentiful it is often avoided to save costs.

In addition, global traders and consumers are eagerly awaiting news about what the Russian Agriculture Ministry plans for exports in the first half of 2021.

It has already flagged the probability of an export quota to ensure domestic demand is satisfied.

But, internal prices have already risen at a greater pace than global values.

With a cloud over new crop production, this raises the possibility of more stringent restrictions in the New Year.

Harvest forecasts have been repeatedly slashed by a drought that has scorched significant parts of the Pampas grains belt since the autumn.

Then in September, severe frosts took a further toll on potential wheat yields.

Recent rains in South America have been quite widespread and will undoubtedly benefit later sown crops where grain fill is yet to start.

This should arrest the downward trend in yields and national production.

Harvest has started in the northern-most winter cropping areas and BAGE called the harvest at three per cent done last week.

It has also been dry across the US Southern Plains. But the hard red winter wheat farmers there are in for some reprieve as the long-awaited rains arrived over the weekend - and are set to continue through this week.

The United States Department of Agriculture reported last week that 48 per cent of the country's winter wheat area was in drought, but that is expected to change for the better in the next update.

However, the moisture deficit is substantial in many districts, and much more rain is required to extinguish the potential production issue.

Kansas produces 25 per cent of the US winter wheat crop and it is on target to notch-up its driest planting period in 126 years of record keeping.

The US and Russia collectively account for 35 per cent of world export trade.

But the global wheat market tends to react less intensely to production issues in the US than it does in Russia.

This is because a greater slice of the US crop is fated for storage, as opposed to Russia - which floods world trade with its exportable surplus each year.

And the market continues to be supported by unrelenting global demand.

Many of the world's major importers are preparing for the post-COVID-19 world by adding to strategic reserves so they can better control domestic supply and food prices - keeping their people happy and decreasing the possibility of civil unrest.

As we move into the northern hemisphere winter, it is becoming increasingly difficult to see the wheat market undergoing a substantial and lasting correction.

There is very little room for yield loss next year, and until production certainty can be confirmed, the wheat market's objective is to dim growth in marginal import demand.