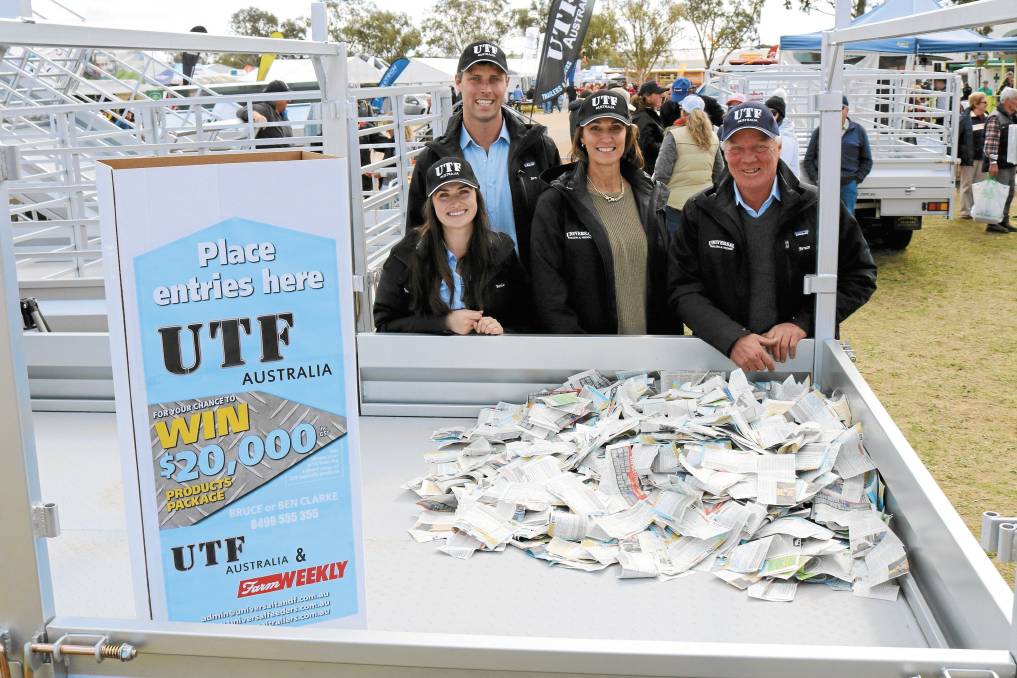 The Clarke family's simple yet powerful business mantra has resonated with primary producers throughout the country and seen the former farmers entrench UTF Australia as a national brand in the trailer and livestock feeder market.

The Clarke family's simple yet powerful business mantra has resonated with primary producers throughout the country and seen the former farmers entrench UTF Australia as a national brand in the trailer and livestock feeder market.

UTF Australia's founder Bruce Clarke never envisaged a modification to a sheep feeder in 2007 would see them leaving the family farm to establish a manufacturing business in Goomalling, Western Australia, 140km east of Perth.

At the time Mr Clarke said he was impressed with the design of this particular lick feeder but it wasn't built strong enough for his liking.

Soon after neighbours, friends and friends of friends learned of this redesigned feeder and began placing orders, and the humble foundations for UTF Australia were laid.

"Within three months we were selling 50 feeders a week," he said.

Mr Clarke and his wife Diana now run UTF Australia with their son Ben and his wife Bernie. While 2020 has been anything but a normal year, UTF Australia is as busy as ever keeping up with the demand for strongly constructed products with practical applications designed for Australian farmers. UTF Australia is based on a retained corner of the former family farm close to Goomalling but now has depots in Northern Territory and Tasmania and multiple locations in South Australia, Victoria, NSW, Queensland and WA.

UTF Australia principals Bruce and Ben Clarke are grateful for the ongoing support and demand from their new and returning customers since they established the business in 2007.

"We continue to grow as a business, expanding into new areas throughout the country and we are extremely fortunate and proud to have become an Australian-wide company," Mr Clarke said. "And there is no greater feeling than when your products are recommended to others by previous customers - it's a credit to the product. The most frequent feedback we get back from customers is about the strength of our products."

The Clarkes were previously a broadacre mixed cropping and livestock farming family and regularly modified machinery for better performance and strength, a skill legacy handed down from Bruce's father Roy.

Mr Clarke said as former farmers, they understood what farmers demanded from their feeder and trailer products.

And being a family owned and operated business, they appreciate the challenges faced by farming families.

"With the company's heritage in agriculture, farmers can be assured that UTF Australia products are not only of the highest quality but also the most farmer and livestock friendly they can be," he said.

UTF Australia's range of flat-bed and tipping trailers can be made to order, ranging from 2500mm to 6500mm and 2 tonnes - 4.5 tonnes available in tandem and tri-axle configurations with plenty of options.

The Clarkes say they continue to improve their range of trailers and develop options for their products.

"We are always sourcing new and better quality components for our trailers, such as the new Australian-made jockey wheels fitted to all UTF trailers," Mr Clarke said. 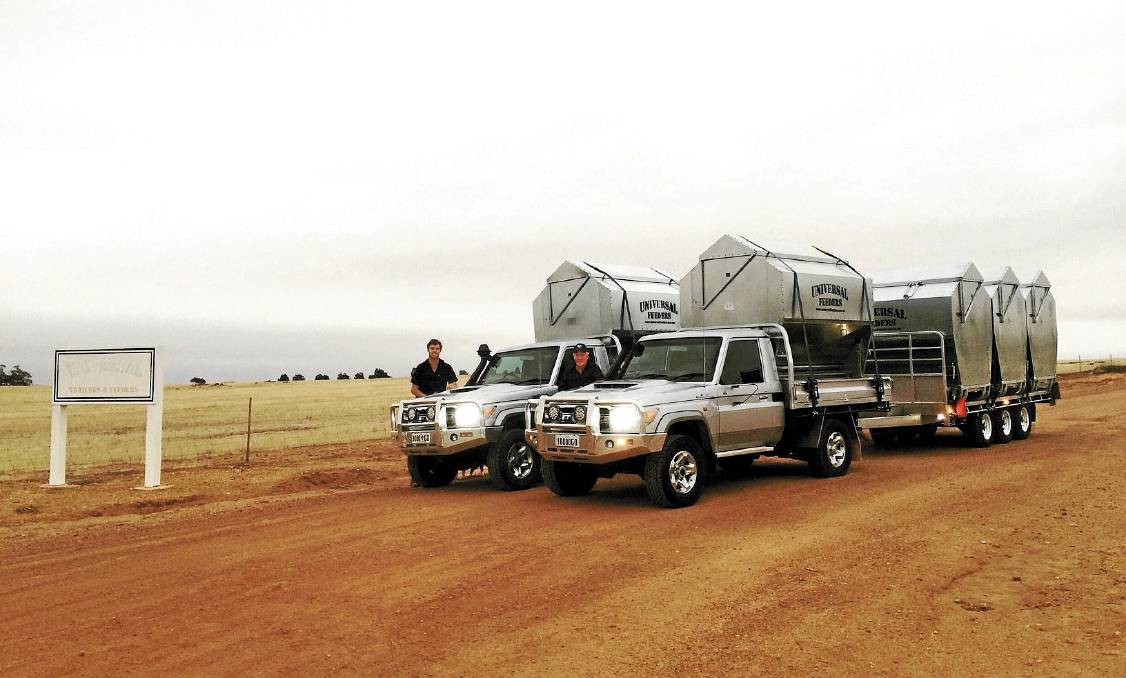 "We are one of the only manufacturers that designs and builds trailers specifically for farmers. Our trailers can be made canvas-ready with the tarping infrastructure in place and this has proven popular with farmers, particularly with stud breeders. And with bigger utilities capable of larger towing capacities on the market, we have seen a push toward the 4.5 tonne trailers available in both tandem and tri-axle configurations."

The Clarkes said they have sold 226 trailers to date this calendar year. They are becoming increasingly recognised in regional and metro areas throughout the country.

"We have seen several customers initially enquire and order a trailer after seeing one of our trailers on the road," he said. "And we now have a number of customers who have returned and purchased up to three trailers from us for different applications."

UTF Australia's range of saliva lick and ad-lib feeders have been the strongest feeders on the market for at least 10 years, selling more than 10,000 so far. The feeders come in 3000 litre and 4200L capacities, the largest saliva lick feeder on the market, and suitable to sheep, cattle and pig enterprises.

UTF Australia feeders can be towed empty on their skids or lifted with forks, even with grain inside, with care. Innovative and practical accessories include a range of products to assist with transport and feeding accessories such as ad-lib attachments, restrictor guards and cattle restrictor gates.

The Clarkes say their customers are happy with the capacity and quality of the feeders, with many returning to buy more.

"We have seen particularly strong growth of UTF Australia's feeders into the cattle industry and an increasing number of feeders purchased specifically for lotfeeding with producers recognising the benefits of the ad-lib attachment and increased trough height to minimise wastage," Ben said. "There are also more mixed livestock and cropping producers utilising holding paddocks with our feeders during their busy periods such as pre-seeding and seeding time.

"This allows pasture feed to get away without grazing pressures and ease of management with their livestock in a confined area."

Along with its business, the Clarke family is also growing with Ben and Bernie Clarke welcoming their first child in June this year, a son named Lorcan Bruce Clarke and the first grandchild for Bruce and Diana Clarke.

The story Built strong by farmers for farmers first appeared on The Land.