The $15 million long-term Large Air Tanker Bomber 141 will be based in Bundaberg.

A water bombing aircraft has landed in Queensland ahead of the upcoming bushfire season.

A WATER bombing aircraft has landed in Queensland ahead of the upcoming bushfire season.

The $15 million long-term Large Air Tanker Bomber 141 will be based in Bundaberg to be available to rapidly deploy to wildfires across the state.

Premier Annastacia Palaszczuk said the aircraft would bolster the state's aerial firefighting capabilities over the next five years and leave Queensland better prepared ahead of this year's fire season.

"We saw how valuable waterbombing efforts were at Peregian, Sarabah, Stanthorpe and Pechey last year and that's why we started planning for the acquisition of our very own LAT," Ms Palaszczuk said.

"This 10,000 litre aircraft will ensure our communities are protected - from this bushfire season and well into the future." 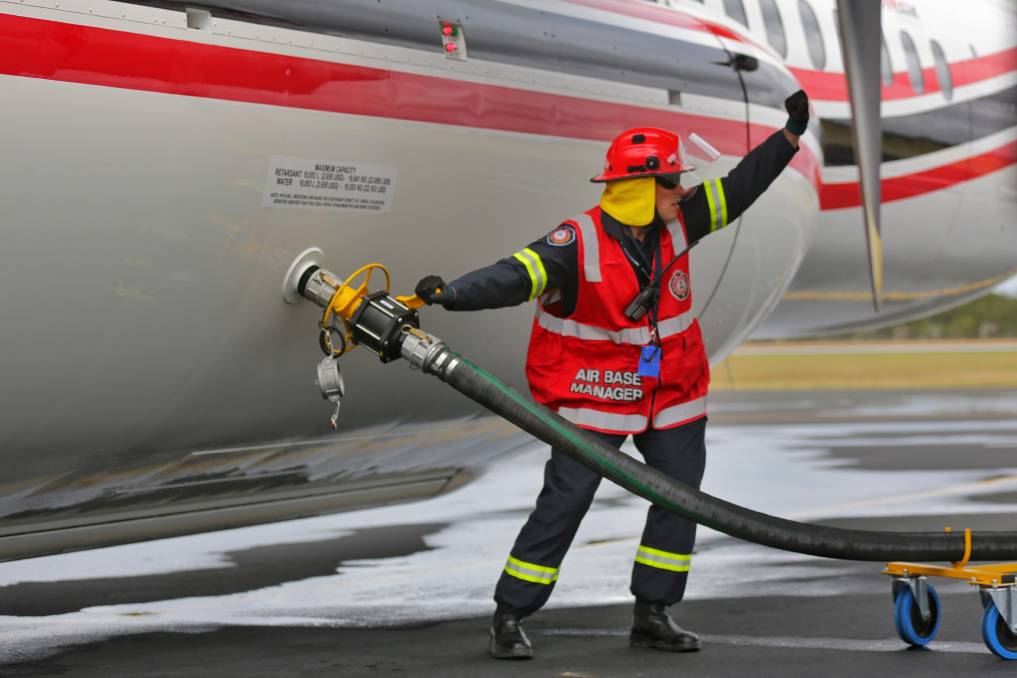 The water tanker has a 10,000 litre retardant capacity.

QFES Commissioner Greg Leach said the LAT would support crews on the ground by providing fast and effective firefighting options throughout bushfire season.

"The LAT travels at about 670km/hr and can reach many parts of Queensland in quick time as well as operating at many regional airports throughout the state.

"Within one hour of receiving a call out, the aircraft can travel from Bundaberg, north to Proserpine, south to the Queensland-New South Wales border or west to Tambo."

Fire and Emergency Services Minister Craig Crawford said the state had previously relied on the option to source call-when-needed LATs from interstate.

"It's wonderful to now welcome our very own bomber - to be deployed to fight fires and look after Queenslanders," Mr Crawford said.

"The 2019 bushfire crisis was something none of us will easily forget." It is piloted by two crew.

Treasurer Cameron Dick said another $40,000 would be spent installing critical water and electrical infrastructure for the LAT at its new Bundaberg base.

"The water supply will fill foam/retardant mixing tanks from which the Large Air Tanker is filled and the electrical supply will service a demountable base office," Mr Dick said.

"Together, these measures will provide seamless firefighting resupply services that will see improvements to bushfire safety of the entire Bundaberg community."