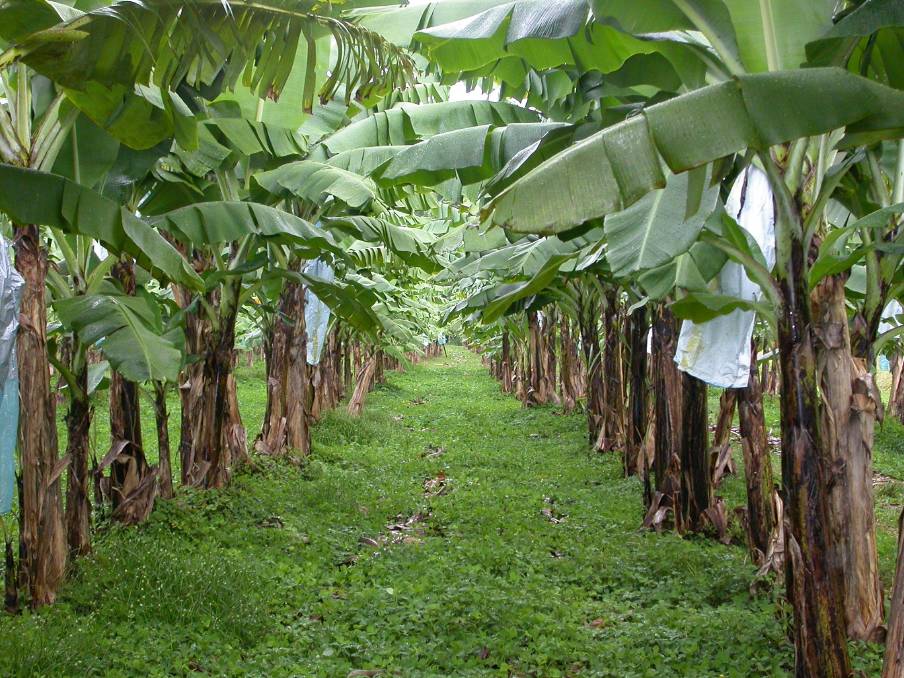 Biosecurity Queensland is ramping up surveillance after Panama disease was confirmed on a fifth Tully Valley banana farm.

A banana farm in the Tully Valley has been confirmed as the fifth property in the region to test positive to Panama disease.

A BANANA farm in the Tully Valley has been confirmed as the fifth property in the region to test positive to Panama disease, since it was first detected in Queensland in 2015.

Biosecurity Queensland today confirmed the farm, which was first suspected of having plants infected with Panama disease tropical race 4 in late August, had tested positive to the disease.

"Early detection is vital. Through destruction of infected plants, the build-up of fungal spores in soil can be minimised, limiting the spread of the disease," Ms Evans said.

"We know banana growers have worked hard to implement and maintain biosecurity measures across the region, but we should not be discouraged by this new detection."

Ms Evans said the impacted grower was working closely with the Panama project team to ensure biosecurity requirements were met to minimise the risk of it spreading beyond the property.

Ms Evans said while the disease had spread gradually and was still contained within the Tully Valley, surveillance would be expanded to all banana growing areas across Far North Queensland.

Australian Banana Growers' Council chair Stephen Lowe said while news of the disease spreading was not surprising, it was a blow for industry and the business concerned.

"This grower already had excellent biosecurity measures in place, which always helps greatly when thrown into the position of having to comply with a notice of Panama TR4," Mr Lowe said.

"But as any grower knows, there's rarely a chance to process news like this. You get on with the job - and that's no easy feat when you get a notice of a positive Panama TR4 detection.

"This fifth detection should underscore the need for all growers to have strong biosecurity measures in place on their farm."