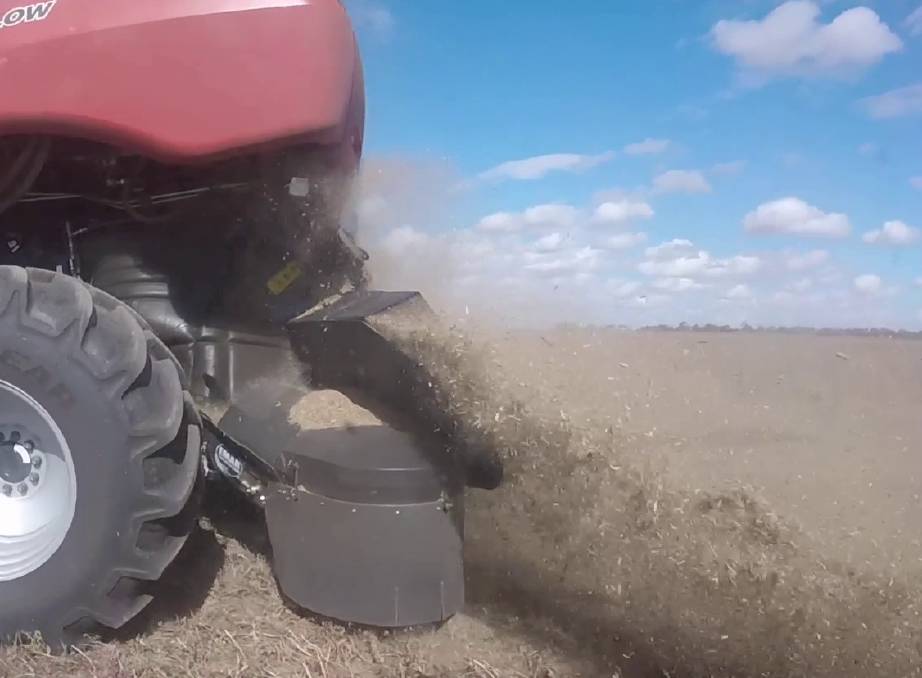 A southern NSW farmer has become fan of chaff decks as a non-herbicide weapon against weeds.

NSW farmer Toby Strong has become a big fan of Emar chaff decks as a weapon to reduce weeds.

Mr Strong grows a number of crops including wheat, barley and canola at Boree Creek in southern NSW.

"The Emar chaff deck directs the weed seeds and chaff onto the combine tracks which, because they are compacted, provides a suppression of weed seed germination," Mr Strong said.

The chaff deck, invented by James Buttle of Esperance, WA, was an important non-herbicide option in reducing weed seed numbers, he said.

He said he had also seen benefits in his herbicide program.

"In a knockdown scenario with Gramoxone, for example, I am able to turn off the other nozzles and only spray my wheel lines which is only 11.5 per cent of the paddock. 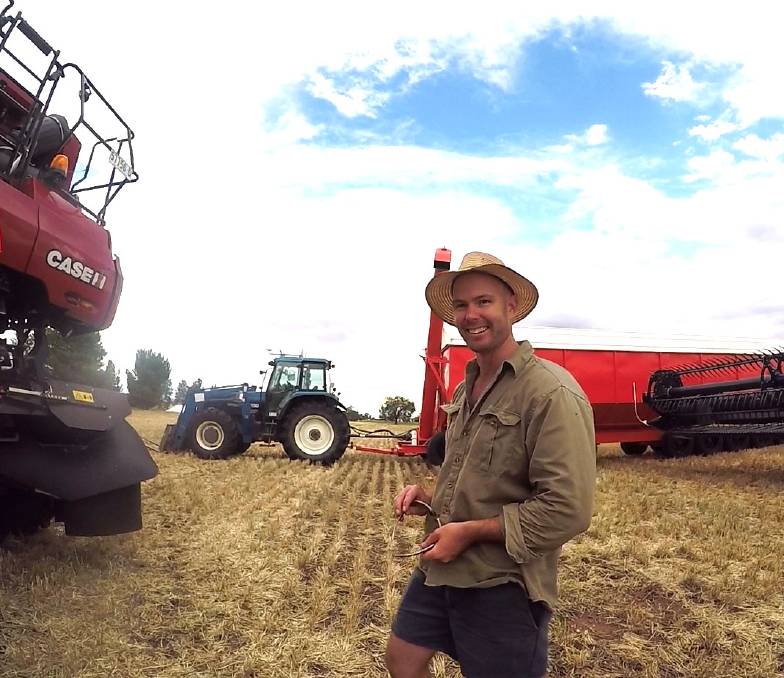 "Chaff decks should be considered another Integrated Weed Management (IWM) tool to be used as a part of a whole farm strategy that aims to target weeds across the whole season and at every opportunity.

"They are not a silver bullet (to fight weed resistance) but they help," Mr Strong said.

The maintenance required on the chaff decks was minimal and all bearings on both machines had been replaced after the third year at a relatively low cost, he said.

"The chaff decks can be fitted to the two new headers with confidence as they are not giving any downtime, even though they are four years old already.

"With the old headers we were running a feed roller on one machine and not the other to see what the difference would be.

"In average or below-average crop situations, there was no significant advantage.

"However, we are expecting this year to be possibly above average for the stubble load and hopefully the yield, so we will probably have a feed roller fitted to both machines.

"It is also important not to leave the harvest until too late in the season as the weed stems can become brittle and fall below cutting level."

"Although the seeds aren't being totally destroyed, they are being shifted to a hostile and highly-competitive environment," Mr Strong said.

The story Putting weed seeds into a 'hostile' environment at harvest first appeared on Farm Online.