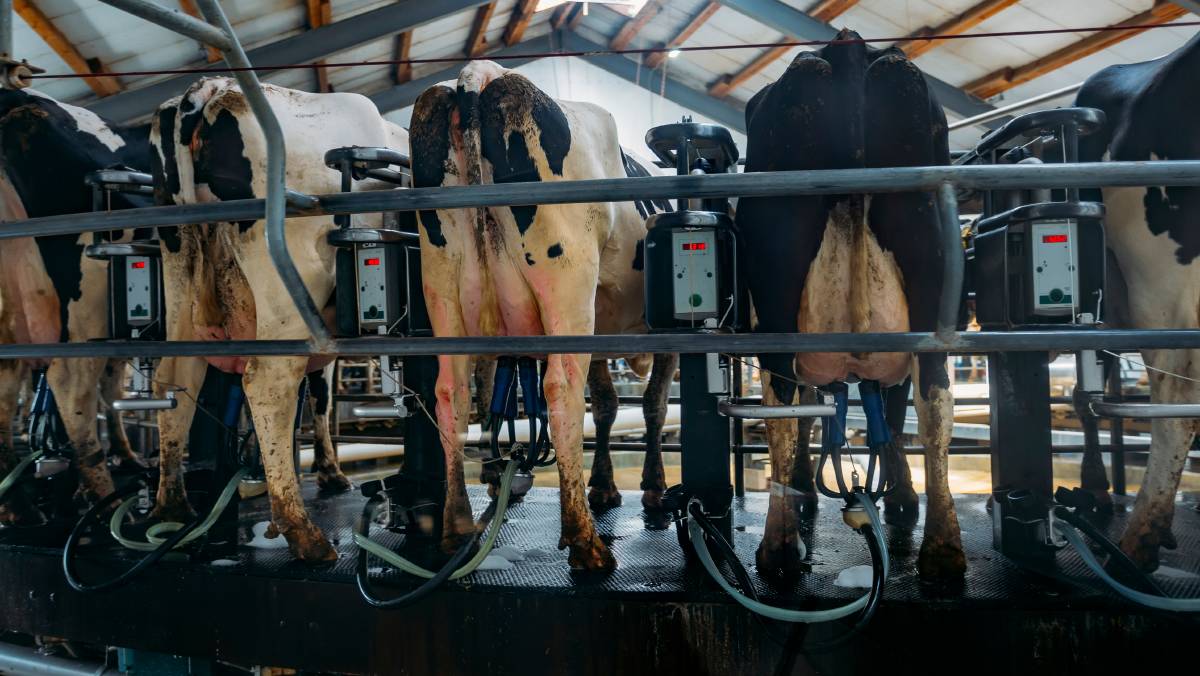 Almost all the WA farms visited have invested in large rotary dairies which is a significant difference from Qld.

Ten weeks ago, I went back to my home state of WA for family reasons. Now finally, travel restrictions across Australia have lifted enough to allow necessary interstate travel and I have been able to return to Queensland.

While unplanned, one of the positives of such a long, forced stay in WA was the opportunity to spend time travelling around dairy farms in south-west WA. Michael Partridge, a WA dairy farmer and chairman of the WA Farmers Federation dairy committee, was generous enough to host me for three days as we visited six dairy farms.

We started at Michael's place near Brunswick Junction where he runs two dairy farms and produces around 6ML of milk annually. Michael is well known for his White Rocks veal label and his calf raising shed is very large and impressive, to say the least. Cleaning up his herd with Angus bulls ensured a steady supply of suitable dairy beef animals.

We visited Bannister Downs, a large scale robotic rotary dairy which has a new bottling plant attached. There is also a significant tourism aspect to the dairy. Managing bobby calves was key to his business with sex semen critical to improving their dairy herd but also reducing the number of dairy beef animals.

Almost all the farms have invested in large rotary dairies which is a significant difference from Queensland. The average dairy farm in WA is around 2.5ML v 1ML in Queensland so they are much larger. WA farmers have significantly invested in their farms over the past 20 years which is surprising given they are the lowest-paid dairy farmers in Australia, receiving only 50-55c/L.

Dairy farms in WA clearly have much more reliable rainfall than Queensland and have more irrigation water too. It was great to see plenty of Kikuyu being grown as a key pasture just like Queensland. Kangaroos, pigs and other wildlife are a real issue in WA. Fencing kangaroos is becoming more common to reduce the significant damage to pastures and crops.

There is a lot to learn in Queensland from Michael's approach of turning dairy beef into a profitable business which is a program that QDO is currently working on with the Queensland government.

Overall, my trip was a very enjoyable and eye-opening experience. Thanks to Michael and his fellow WA dairy farmers for showing me how dairy farming is done in the western state.