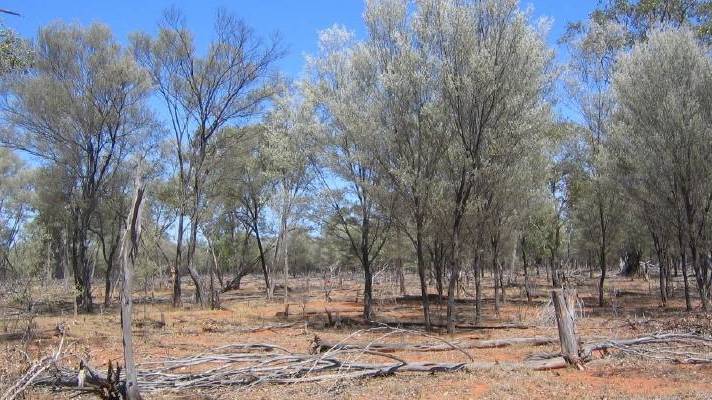 A bill seeking greater mulga harvesting powers during times of drought has been voted down in Queensland parliament.

A bill put forward by the Katter's Australia Party pushing to give producers more power to harvest fodder during drought has been knocked back in Queensland parliament.

A vegetation management bill put forward by the Katter's Australia Party pushing to give producers more power to fodder harvest during drought has been knocked back in Queensland parliament.

The bill proposed changes to the Vegetation Management Act designed to ensure grazing is considered a relevant purpose for high value agriculture clearing and to oblige officials to notify cattle producers when their clearing applications were rejected.

A later amendment to the bill also pushed to give producers greater capabilities to harvest mulga during drought.

The bill was voted down 48 to 43 on Tuesday with party leader Robbie Katter saying the result was disappointing.

"This is about tidying up the laws we have," he said.

"There are stories about families that have spent $400,000 on applications that are still in limbo. There's no obligation to tell them how their application is progressing and there should be."

"We also wanted grazing activities to be included in those areas that are already approved for high-value agriculture."

Mr Katter said there was also a need to make it easier for producers in south west Queensland to benefit from underutilised mulga resources.

"Producers are restricted as to where they can take their mulga from," he said.

"They may be told at this time they can only clear 500 hectares from this paddock but maybe they're had rain in their bottom paddock and the mulga has grown back thick and they would only need to take 50 hectares from there to meet their needs, but they can't do it because they cleared from that paddock five years ago.

"The current system is too rigid to allow efficient harvesting."

Cook MP Cynthia Lui spoke against the bill in parliament, saying it provided very little detail on how the changes would support long-term economic growth and sustainable environmental protections into the future.

"The amendments put forward in this private member's bill will look only to abolish the strong framework already in place and, if anything, strip any accountability and transparency measures that are there to protect our greatest asset, our natural environment and biodiversity," she said.

"It is absolutely necessary that Queensland has a strong vegetation management framework for managing a valuable resource on behalf of its people."

"It is simple: the people in my electorate have been managing and harvesting mulga for 100 years and fodder harvesting is not tree clearing," she said.

"Landholders tell me that they have more mulga now than they had 100 years ago.

"They want workable, practical vegetation management landscape laws that cut through the red tape, streamline the processes and give certainty-drought or no drought-to the ability to harvest fodder and manage the thickening of that vegetation."

Mr Katter is now pushing for Premier Annastacia Palaszczuk to bypass parliament and give a directive allowing producers in the mulga lands greater harvesting permissions during the drought.

"It doesn't cost the taxpayer anything, we don't have to cart hay, we just have to allow them to use this resource," he said.

"We tried to force it through the parliament but it didn't work... the Premier said she's willing to consider options to help people get through the drought and here's an opportunity to do something."